This year, more than ever, it has become complicated to disentangle the best smartphones, all the main manufacturers are working hard to improve the previous generation “that much” and there are no clamorous mistakes. Which can also be said for Xiaomi who has certainly hit the mark with the triad of the 12 series that he sees naturally the 12 Pro at the topthanks to its cameras and very fast charging.

The real challenge for Xiaomi is not so much to demonstrate that its top of the range are up to the competition – also because we have already compared them and the differences are not so substantial – as to convince users to spend a lot too. for their smartphones, breaking free from the mid-range that made them fortunes. Let’s focus now on the 12 Pro that I have always had with me for a couple of weeks now, a faithful companion that I have learned to consider and respect.

The watchword in this round was “essentiality”, the soft, curved and precise lines outline a search for simplicity in its most prestigious meaning. The frosted rear glass offers a pleasant and useful light rough feeling in order to improve grip and cancel any fingerprints. Recognizable and identifying the rear camera system that offers the gigantic optics of the main one at the top and the other two (with flash alongside) vertically below, all raised by a few millimeters compared to the rest of the body. I find it elegant and cleanespecially in this dark “Gray” colorway.

A separate chapter for the display, a fantastic 6.7-inch Super Amoled that has already earned external recognition and boasts the features that are expected to date from a model of this range: WQHD + resolution, variable frequency – between 10 and 120Hz from what I see – and super high brightness up to the claimed 1,500nit. Slightly curved display that gives that touch of modernity when you look at it from the front, not everyone will love them but they also make the grip easier and certainly we are not facing an exaggerated angle. 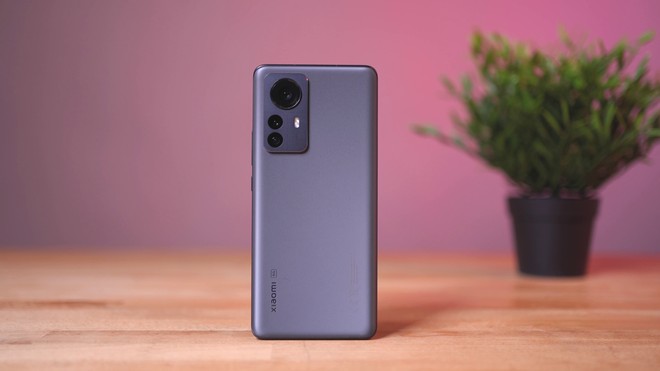 What to say except that under the beautiful body beats the best mobile platform available today, very fast and abundant memories and updated software. A few words that sum up a general satisfaction in the everyday use experience, whatever you do, from the simplest to the most complex operation. The 12 Pro does not blink even under stress maximum, keeps at low temperatures and continues to always provide the fluidity expected from the top of the class.

To help from the thermal point of view, there is a large ultra-thin vapor chamber and three layers of graphite foil that Xiaomi has put together to best dissipate. Temperatures that remain under control even during the charging phase, but on this point I invite you to read the next chapter.

I played a lot with this smartphone and enjoyed the maximum possible detail, without any smudging and with the pleasure of a higher-end display and excellent audio. The Adreno 730 GPU is the companion that certainly does not set limits in terms of multimedia and also allows you to push to the maximum without having to worry about some limitations, even thermal.

I also really like Game Turbo, the native software that allows you to customize the gaming experience by directly controlling some parameters such as the game mode (Balanced or Performance), monitor the use of CPU, GPU and FPS as if we were on a gaming desktop. Also interesting is the timer that allows you to better manage your sessions, without exaggerating. In short, a functional, clear and well-made platform.

There are not many smartphones capable of exceeding the limit of 100W peak in charging, Xiaomi itself has already proposed it in at least two cases (the last the 11T Pro) and is already looking forward with solutions that promise to halve the times already very short. The advantage in everyday life is evident, especially for those who have a somewhat hectic daily life that does not require a continuous parking in places well served by electrical sockets.

In short, half-charging the 12 Pro’s 4,600mAh batteries in 10 minutes is a factor that matters, and it matters a lot, especially if we think about the more conservative recharges of the competition. To preserve the cells, of course, the bulk happens on the battery charger (in package) that it reaches temperatures close to 50 ° C in peak moments, while remaining under control on smartphones. The autonomy is more than good according to my experience of use, adequate for the pushed hardware available which however is not too energy-intensive.

Let’s see the cross-section of my charging test from off: 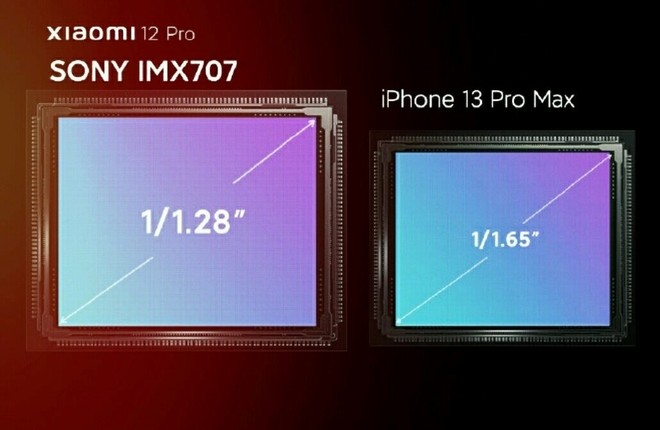 Here we are at another of the highlights of this 12 Pro, the main camera. This is the first smartphone in the world to integrate the huge 50MP Sony IMX707 image sensor: we are talking about a 1 / 1.28 “format (4-in-1 pixel of 2.44 μm) with 7-element lens, aperture f / 1,9 and optical stabilizer. All leading numbers for the mobile universe, however we know that hardware is not enough and you have to work up via software to bring out the best.

I believe that Xiaomi has already done an excellent job, the series of images that I propose below are a demonstration of this, but I believe that there is still room for future improvements. I found it quick, very precise in focusing and loaded with details. Do you want an example? Here is a complicated shot, against the light and close up: in comparison with other top of the range – in this same photo – he behaved best of all, impressive how he holds in the crop without the pixels getting lost in a confused sea.

As I said, there is a margin to polish certain details, such as overexposure at certain times. At night, for example, the risk is to “exaggerate” and slightly offset certain scenes.

Alongside the ultra wide angle, always 50MP and capable of shooting with excellent results even at night. Little lateral distortion, Pro response even in backlight and the only real limit is the absence of autofocus, a precious element also on this component in a “macro” optics. It is no coincidence that the 12 Pro latita compared to the others in the closer shots.

In the norm, however, the 50MP tele, with an image sensor certainly smaller but still bright (f / 1.9), capable of bringing home decent results but without astounding. Pay a lot, and a lot, when compared with the iPhone 13 Pro Max and Galaxy S22 Ultra. 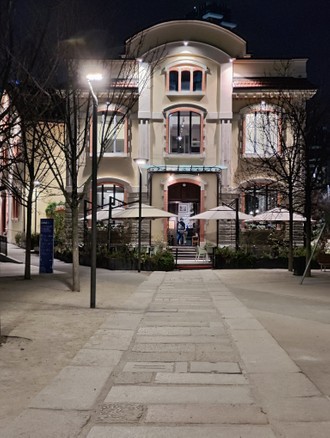 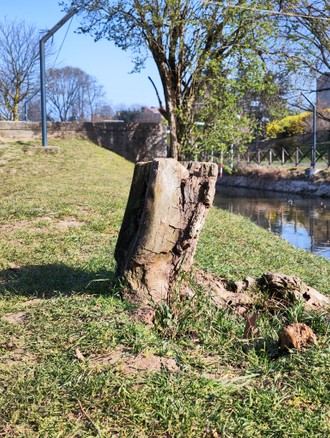 32MP front camera also quite standard, reproduces skin tones well but risks getting confused when the lighting conditions are not optimal. I don’t like all filters that change and “improve” the face, Xiaomi is certainly not the only one pushing on these software that I find misleading in any case. Do you want an example of how far they can go? Here is Greta in two shots: in the first it is a simple self-timer, in the second we have activated all the filters to the maximum.

The videos at any resolution are also more than excellent, I remember in fact that you can go up to 8K at 24fps (max 6 continuous minutes), although the best balance is always found in 4K. Good stabilization, however, at night you can see small micromossi compared to the best.

Autofocus that works very well, very fast, in some moments a hair too fast but still very precise. The colors reproduced are also beautiful, but here too we tend to overexpose in more complicated conditions. In general is one of the best smartphones around for capturing movies in high resolution.

On this model Xiaomi has integrated a more complex stereo system than usual – edited by Harman / Kardon – which includes 4 speakers: two independent tweeters and two woofers. There are not as many slits, in fact we have one on the bottom and one on the top. The result is still very good, with a rather full and warm sound, clean even at maximum volume, although, from my tests, the upper limit is lower than direct competitors such as iPhone 13 Pro Max, Galaxy S22 Ultra and Find X5 Pro. .

Excellent reception in all conditions, it is a dual-SIM model capable of supporting fifth generation networks and all the best current standards: NFC, Bluetooth and WiFi 6. More than strong vibration you can count on for reception discrete of notifications and calls. 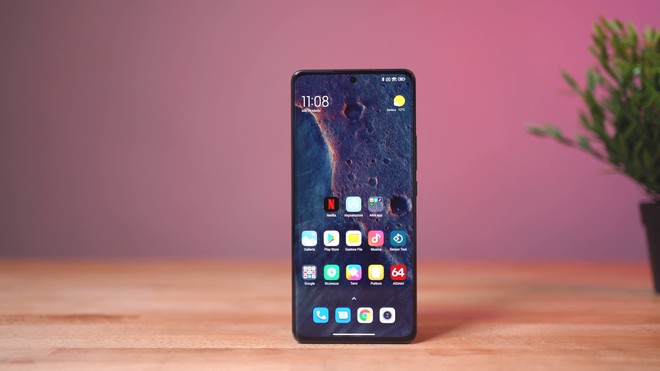 It is really difficult to ask for more, Xiaomi has really put everything or almost everything inside this 12 Pro and, above all, it has done so without launching into uncharted territory where crazy figures stand out. It is certainly not cheap, mind you, but the basic version can be considered in line with its exclusivity given its own 1,099 euros.

Strikethrough price, that’s right, because the Chinese company has the bad habit of establishing a price list that disregards from the first moment with launch promos that lower the threshold in the first few days. In this case it did it for 150 euros for the first two days, bringing the 8 / 128GB variant to 949 euros, and the question arises so spontaneously: what is the real price? In my opinion, the latter and it will probably take very little for it to find itself on this threshold.

Fast, concrete and increasingly functional thanks to MIUI 13, a customization that can now be considered one of the most mature and interesting in the entire Android landscape. If you also add the engine of a Ferrari, the mix is ​​served, but watch out for the “younger” brothers 12 and 12X who are on their heels and also cost much less, especially the 12X than with Snapdragon 870 (and the price list of € 699 ) certainly does not look bad.