The big tech approach to augmented, virtual or mixed reality has been driving different paths and trends for years, but is often united by a similar denominator: the use of devices such as smart glasses and viewers that become their relevant access key.

The giants of technology have not skimped on investments and expansionist ambitions in this direction, putting billions of dollars and as many projects on the plate. And if over the years expectations have never been fully satisfied, it is for various reasons, including the undeniable acerbity of technologies, long relegated to the sphere of experimentation, and the unpreparedness of the market to those same technologies. But something is changing.

To the “old” school of bulky AR / VR headsets (like Magic Leap, the project of the homonymous company that at the time had difficulty getting into gear but is now about to relaunch itself with the second generation of its AR viewer, or Microsoft with its HoloLens) has been flanked for some time by a new version of smart glasses which, at a glance, can hardly be distinguished from traditional ones, such as Rayban Stories (which we reviewed HERE) made four hands with Meta. To this is added a third strand, more similar to the latter than to the first, in which it is inserted instead Snap.

The parent company of the app Snapchat over time it has focused on this type of technology, creating a thriving ecosystem for developers, partners, but above all for users. And with Spectaclesthe smart glasses now in their fourth generation, is ready to take the next step in terms of augmented reality.

If the first three models have not yet revolutionized the market and were designed to take pictures and short videos, the Spectacles 4 promise to revolutionize the camera with the addition of the AR component and pursue the ultimate goal of define a new way in which we communicate, live and explore the world around us.

We have tried them and in this article we tell you about their potential, their limits and our sensations (as well as a handful of considerations on the now endless AR scenario).

THE SMARTPHONE AT THE CENTER 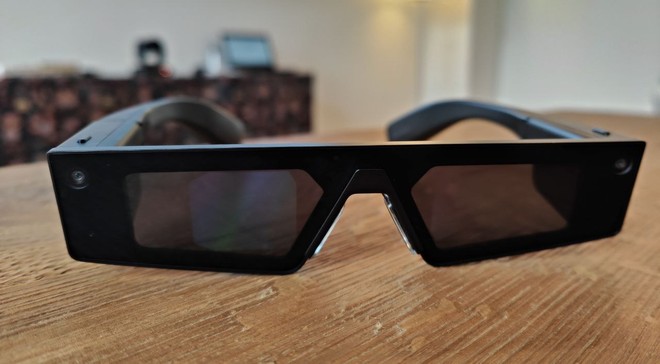 To venture along the paths of which it is itself a pioneer, Snap has cunningly relied on the most used device: the smartphone. By incorporating augmented reality into its flagship app, Snapchat, and making it available to users on a daily basis, it has democratized it.

With the Lenses, the graphic filters that intersect and overlap the surrounding environment to be published on the platform as photos or short videos, has taken a first, significant step towards fusion of the digital and physical planes. And, to do so, he used the smartphone as a “scanner” of reality, a means to investigate the world around us, scan it, reproduce it or personally intervene on the process of creating such filters through Lens Studio (the software with which creators and developers can make and share their own Lenses). The numbers credit the enthusiasm of the social community towards this type of digital tool: 306 million Snap users use the app’s camera to create up to 5 billion content per day; of these, over 200 million interact with its Lenses, an average of 6 billion times every day.

Compared to the competition, Snap therefore has the advantage of relying on a platform in which to concretely experiment with new AR technologies and share them with its community, with the electronic eye of the smartphone ready to face the challenge at the computation level. As far as augmented reality and acquisition are concerned, the latest iPhone models in this case have no rivals, being equipped with LIDAR sensors (we are talking, specifically, Of iPhone 12 Pro, 12 Pro Max, 13 Pro And 13 Pro Max). 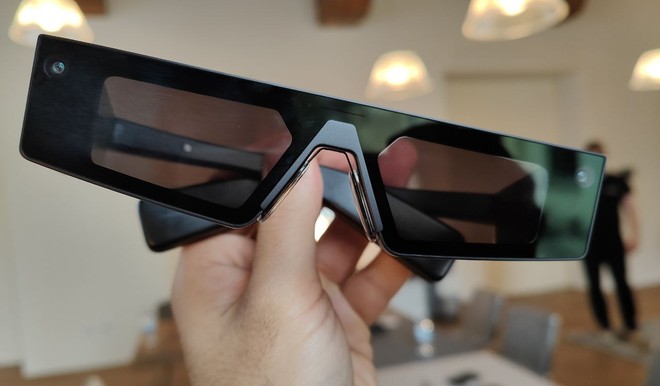 The company’s approach therefore travels on a double track: on the one hand, it focuses on smartphones, thanks to their computing power; on the other hand, it leverages the category of smart glasses, of which Spectacles are the legitimate admirals.

Looking at the features of the fourth generation, it is impossible not to notice the low degree of separation between them and a pair of common – if decidedly bizarre – sunglasses. The Spectacles 4 are aesthetically pleasing, they can be easily repositioned in the case thanks to the folding sticks and, for the product category to which they belong, they are also quite light (the weight is 134 grams). Nothing to do, therefore, with the classic bulky and unsightly viewers that we have been used to in recent years.

To rattle off some hardware specifications, the game of intersection between digital content and what surrounds us is based on two 3D waveguide displays with a field of view of just 26.3 degrees. The graphic quality is decent, but still far from that offered by the competition (impossible to avoid the comparison with HoloLens); the maximum brightness reaches 2000 nit and the images manage to blend quite well with the surrounding environment, without the typical translucent rendering of similar models. They are also integrated into the device two RGB cameras, four microphones, a pair of stereo speakers, and touchpad controls positioned on the side rods at the temple, with which it is possible to control the functions.

THE DEVICES OF TOMORROW? 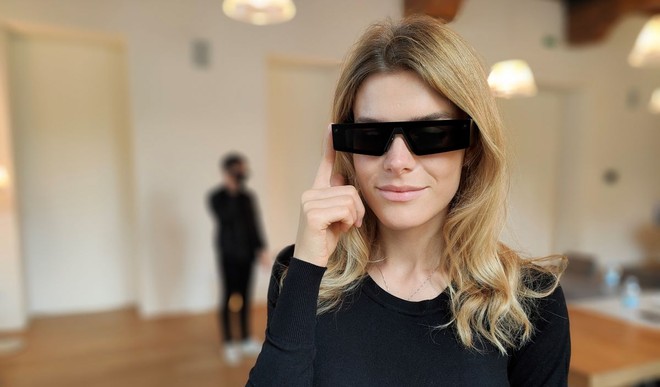 Importantly, Spectacles 4 they are still in the prototype phase, a fact that entails a series of technological limitations that, according to Snap, will be perfected and overcome in the future. In practice, the challenges could be numerous and concern, for example, the inclusion of More powerful SoCs above all that keep temperatures at bay (the fatigue of the Snapdragon XR1 platform, the same one that Qualcomm has destined for its AR viewer, is felt all). But also reaching an adequate autonomy (for now that of the Snap device is 15-30 minutes depending on use) and generously widening the projection angle are fundamental steps to be taken.

The bar, however, is aimed higher and higher, the potential to be exploited is almost unlimited and the feeling was that hold a small workshop in your hands that could evolve into the flagship device of tomorrow or into an essential integration for smartphones.

Sore note: Spectacles are not available for purchase but they remain for the use of a small circle of creators and developers to test their functions. It’s about a still embryonic technology that it will not find, at least for the moment, direct access to the market and that it will reach completeness in no less than ten years, as explained by the company itself. The future is still to be drawn, therefore, but it is undeniable that the initial sketch is already very promising in itself.