Volkswagen Taigo is a new possible choice for those looking a compact SUV coupea car that enters a range that seems to have no room for further high-wheel models between the segment B and the C. In fact, between T-Roc and T-Cross, the crossover carves out its space thanks to its look. It is not very high from the ground, it is based on the MQB-A0 platform and is 4.26 meters long.

The platform is therefore the same as the T-Cross, but in a thriving segment (especially in Italy) such as that of the B-SUV / C-SUV, it may make sense to offer the market a car that is 15 cm longer than the younger sister and easy to produce because it shares many components with the one already at home within the group.

Those who know the international automotive sector could recognize in Taigo the traits of the Nivus, a car that was born in less restrictive markets than the European ones. Precisely because of the different regulations and tastes of the public of the Old Continent, however, we must not make the mistake of thinking that there has not been a modification work on the platform. Taigo is made in Europe (in Pamplona), shares the floor with Polo and T-Cross and has absolutely European equipment. 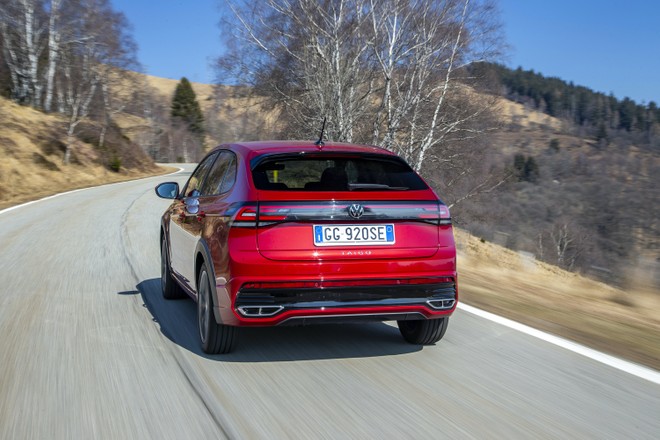 Daughter of current times and of the market in which it presents itself, Taigo it exists only with petrol engines. Nothing new: Volkswagen chooses the way of the three and four cylinders now run in within the range.

The former is a 1.0 available in 95 and 110 hp versions, the latter also with DSG gearbox. The second is the 150 bhp 1.5 TSI, which makes it a more versatile car and better copes with travel when fully loaded. For all of them, and this is also the reason why it is more correct to call it a crossover, the traction is only front. 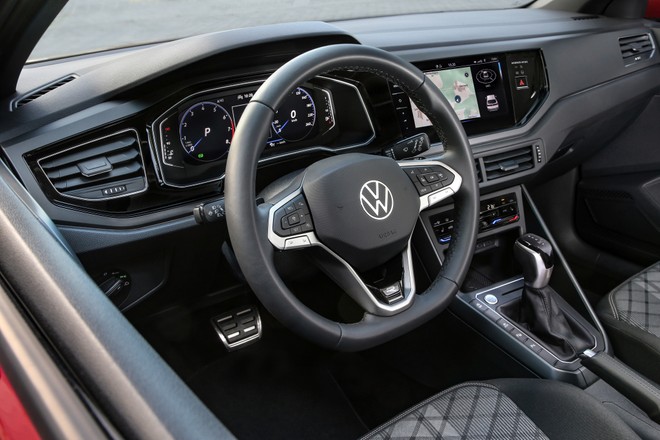 How it is made? The quality is not excellent in terms of materials, although it remains valid assembly which does not present any defects or criticalities noticeable at the first approach.

It can be seen, however, that it is an “old school” B segment, one of those that still gave up the rear air conditioning vents, the roof handles and with swinging finishes that are acceptable in the upper part, but certainly not exclusive in the higher part. low. Nothing we are not used to with the latest productions.

Someone might complain; looking at the general picture, however, it can be assumed that the generations to which this car is aimed (Millennials and Gen Z) are less attentive to aesthetics and prefer to have more practical accessories, especially if this choice allows to maintain bass decent costs (we cannot say low in general given the widespread increase in the car world) including what the youngest are looking for: digital interiors, Android Auto Wireless, Apple CarPlay Wireless, the sporty look.

As long as we are around € 20,000, maybe like street price with any discounts, this can make sense. Approaching the top configuration of € 29,000, however, it must be admitted that the situation becomes more complicated to digest. 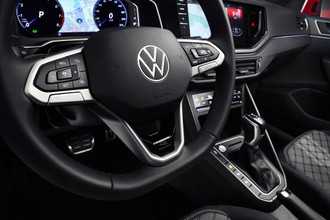 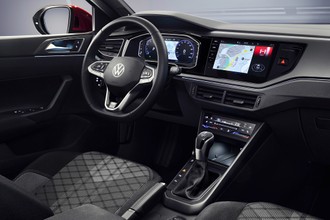 Behind it is quite comfortable: the step has been slightly lengthened, almost 2.56 meters. It’s not as huge as the electrics in the same segment, but with a height of 177cm I can sit behind myself.

For four adults, comfort is guaranteed, at least as long as they do not exceed 1.8 meters. In the trunk there are instead 440 liters (up to 1,222) and the floor can be adjusted to two heights. 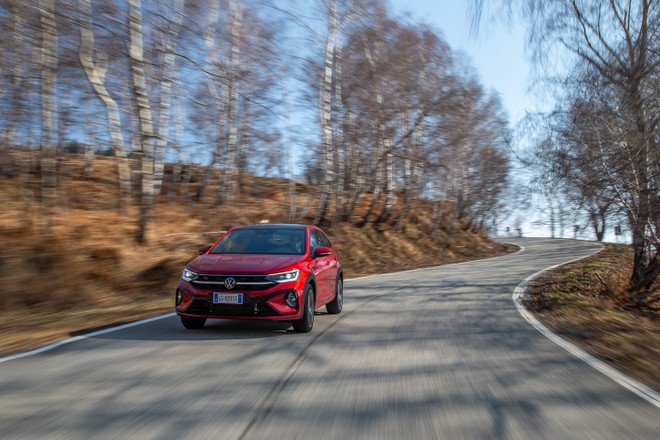 At the wheel of the mille petrol engine (110 HP) with DSG gearbox, a small luxury that is increasingly sought after today, Taigo defends itself well. The engines have already been used by all the brands of the VAG group and here the intermediate cut is correctly sized. It does not shine in the torque, only 200 Nm between 2,000 and 3,000 rpm, but makes good use of the automatic double clutch to compensate for a few more changes that we would otherwise be forced to do manually.

The result is one smooth, pleasant driving even if it is not a sporty and lightning-fast transmission. In the extra-urban it is valid, in the city and uphill it makes you feel the lack of that extra cue at 1,500 / 1,800 rpm (if you are loaded with luggage and passengers), but fortunately the car is light: 1,260 kg in order of gear.

The reaction under braking is a little less convincing: the car is not a bison and the system is dimensioned, no problem with stopping distances. A first contact on the road, however, saw the sample under test break down slightly when it goes to staple, simulating (several times) an emergency situation in the dry. We will reassess better in the review phase, but it must be said however that the ease of driving, the good legibility of the road and the not excessive mass easily compensate for this somewhat dancer behavior.

The set-up is classic, the one that intercepts everyone’s tastes: soft in absorption and typical of a modern crossover. The roll is there, but the Taigo lets itself be driven with pleasure, does not lie down too much and has precise steering. On the other hand, the new Polo had already shown that it has grown a lot in the quality of driving, and here the treatment is the same with a slight increase in the bodywork. 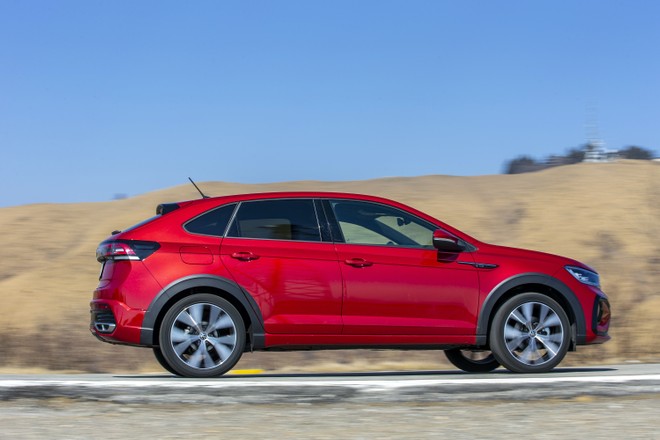 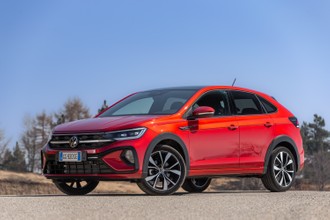 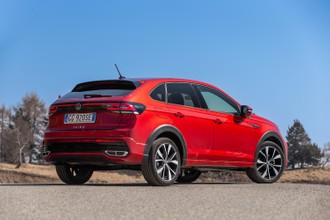 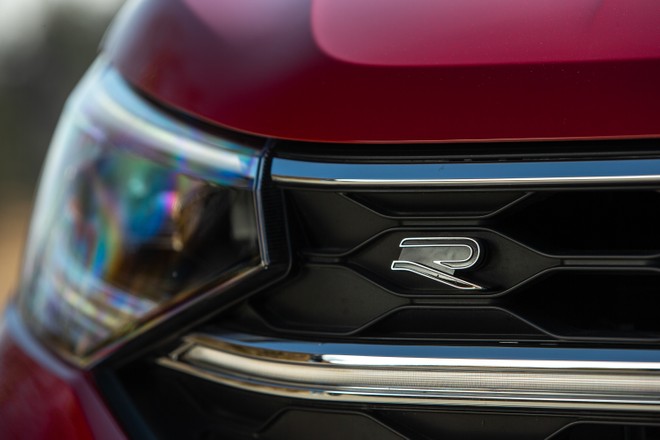 That it is a smart and apt car for the market and the historical moment is also confirmed by the set-ups chosen for Italy. In times of production crisis, even the Germans are forced to reduce the range of choices and it is easier to collect options in packages and versions. Two versions: Life and R-Line.

R-Line starts at € 26,350, but has a base of 110 HP. It is the richer set-up and also the one that responds to those seeking greater aesthetic satisfaction: sportier seats (nothing extreme anyway), 17 “alloy wheels, tinted windows, 10.3” digital instrumentation (Digital Cockpit Pro ), fog lights with cornering, interior ambient LEDs, glass roof, 8 “infotainment without integrated navigator, there are Android Auto and Apple CarPlay and they are the ones that – probably – the public of this car will use the most. manual, with 400 € you can buy the automatic bi-zone, but there are standard front and rear parking seats and manual lumbar support for the front seats. 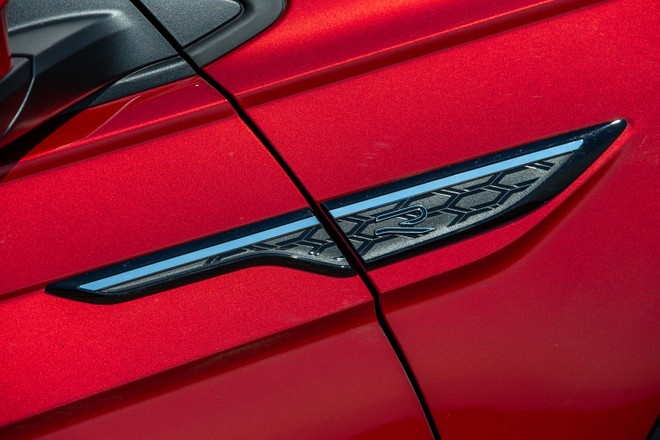 You can make it more expensive, and the advantage is that despite being a B SUV it has in the catalog all the options that were once in the upper segments: LED matrix headlights, heated seats, keyless, wireless charging for smartphones, sensors, rear view camera. They are not standard because the choice was to bet everything on ADAS, making the rest pay.

By configuring it to make it complete, Taigo can be purchased at a price list of € 25,800, excluding discounts and promotions. However, the top of the range remains below the psychological threshold of € 30,000.

Let’s take a look at the world of small SUV coupes. Arkana is by definition, but it is longer and goes up to segment C. Its four-cylinder 1.3 TCe petrol 140 HP has the right torque: 260 Nm reaching just under 1,800 rpm, but it is perhaps not the direct opponent of this Taigo because it starts at more than € 31,000, a figure that Volkswagen cannot reach even with the top of the range 1.5 TSI DSG R-Line.

Puma could be more focused for comparison: the sportier cut in the rear lines is there, it is a B segment, it is shorter (4.18 / 4.20 meters instead of the German’s 4.26), but it has a heat engine that loses a little bit in the torque, a characteristic however compensated by the electric boost of the hybrid that puts us 40 Nm down, where they are needed. In fact, the American is only Mild Hybrid and starts from 125 HP and € 25,750 in the list, even if there are always the usual discounts that lower below € 23,000.