The discussion on the correlation between some apparently inexplicable phenomena and UFOs (unidentified flying objects) or even better the more airy definition, UAP (unidentified aerial phenomena) is anything but concluded and just in the last hours a new report of the The Sun seems to want to reopen the question with the publication of new information extracted from a documentation of 1,500 unpublished pages, recently declassified following a request from the Freedom of Information Act (FOIA).

Apparently, within the pages obtained by the newspaper there is a lot of material related to unidentified phenomena considered under the Advanced Aerospace Threat Identification Program (AATIP), a secret program of the United States Department of Defense that ran between 2007 and 2012. AATIP only gained public attention in the 2017, that is, when the former program director, Luis Elizondo, resigned from the Pentagon and publicly released the first videos, which quickly became viral, relating to some unidentified flying vehicles (or perhaps Aeei phenomena) moving in ways apparently impossible for our current technologies.

Last year a part of the report on these alleged unidentified aerial phenomena was declassified and for the occasion we made two specials that we propose to follow for those wishing to further investigate the issue.

Following the 2017 revelation about the existence of AATIP, the British newspaper The Sun claims to have submitted a FOIA request to gain access to all documents related to the research program and after four years it was finally honored.

During the last day the US Defense Intelligence Agency (DIA) has therefore released the beauty of 1,574 pages of material to the The Sun, who did not miss the opportunity to publish an exclusive article with a strongly sensationalist tone. At a first reading of the original publication, we might have the feeling that we are facing the “revelation of the century”, but is this really the case? Let’s try to better understand what happened. 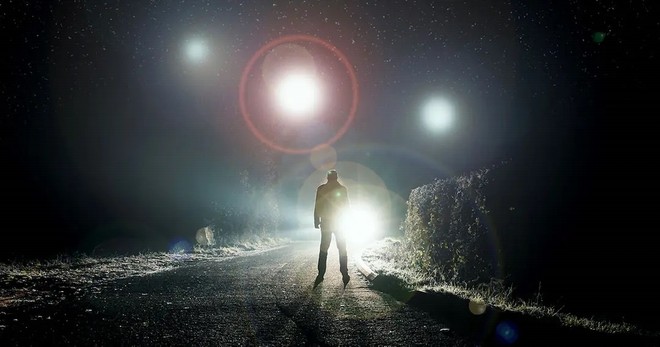 Let’s start by saying that the The Sun he is not new to sensationalist articles of this kind and for this reason his credibility at the international level is rather questionable, so before shouting at the news of the century it is good to understand what is true and what has been voluntarily amplified in the publication of the tabloid British.

According to The Sun the report includes not only unidentified aerial phenomena, but also a long series of anomalous cases of all kinds. For example, there are over 300 cases of injuries or injuries related to encounters with alien technologies, for example caused by unconventional propulsion systems, electromagnetic radiation and many other oddities that speak for themselves. It seems to contain over 300 medical records supporting these series, which describe brain damage from alien abductions, nervous system problems and long-term illnesses linked to abnormal encounters with non-terrestrial vehicles.

The report also includes a list of alleged biological effects from UFO contacts between 1873 and 1994 and compiled by the Mutual UFO Network (MUFON), a non-government civilian group that has studied UFO sightings over the years. Once again you can find everything, from miraculous pregnancies to several cases of kidnappings, up to inexplicable cases of telepathy, teleportation and levitation. But it does not end there, since the cases relating to UFOs and alleged UAPs are only part of the equation and in the report you can really find everything! There are encounters with all types of legendary creatures, from the infamous Yeti, to ghosts, but also elves and much more.

The Sun has published only a few excerpts and the entire report must still be advertised in its full version, but it is immediately clear that it presents itself as a list of statements that may have been brought to the attention of the government by “mentally unstable” people, or at least, very sensitive, but who have no tangible proof of what they say behind them.

It is also unclear why such documentation is, at the moment, only in the hands of the The Sun, therefore, the news must necessarily be taken with a grain of salt while waiting for other sources to join. However, if you are interested in reading the original article you can find it linked in SOURCE. Have fun.