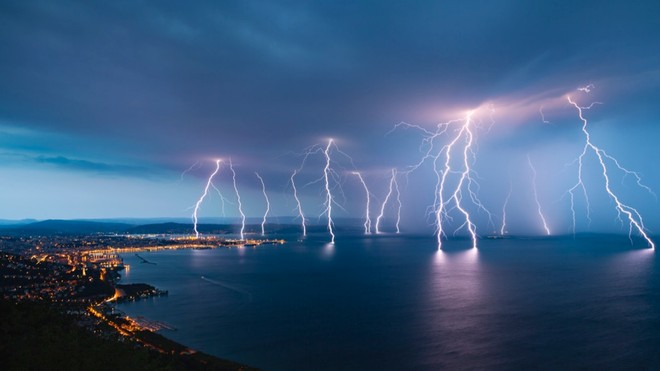 Lightning strikes are one of the most frequent and frightening natural events, capable of illuminating entire areas in a few moments with lightning and releasing to the ground the negatively charged particles present on the outer surface of the clouds. Usually everything happens in a few tenths of a second, with the thunder that instead propagates more slowly and makes its echo heard even at long distances from the discharge, but this is not always the case.

The World Meteorological Organization (WMO) has in fact validated two absolute records set in 2020 between North America and South America, two hotspots already known for the exceptional nature of atmospheric electrical phenomena. This is despite MIT theorising a decrease in lightning strikes with the pandemic.

For this first record we have to move to the southeastern United States, between Texas, Louisiana and Mississippi, three states crossed on April 29, 2020 by lightning and its infinite branches. The distance covered in a few seconds was about 768 km, with a margin of error of only 8km. To give you an idea of ​​the proportions involved, it is as if this lightning had started its race in Modena and ended it in the blink of an eye in Palermo (754 km away as the crow flies). 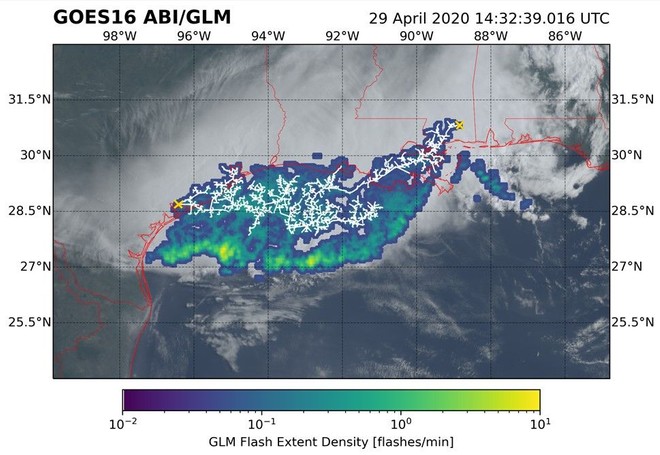 The previous record was exceeded by about 60 km, dates back to 31 October 2018 and tells of a super lightning capable of crossing part of southern Brazil and for 709 km.

These are extraordinary recordings of single lightning events. Environmental extremes are living measures of nature’s potency, as is scientific progress in making such assessments. It is likely that larger extremes still exist and that we will be able to observe them with the improvement of lightning detection technology, 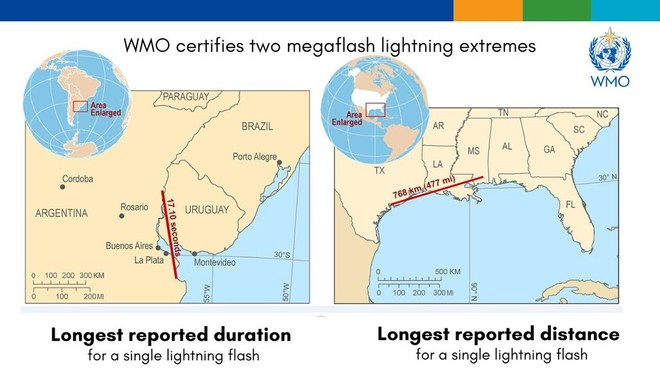 After a couple of months the scenario has changed but the record is one that still leaves you stunned: on 18 June 2020, during a storm that raged between Uruguay and northern Argentina, a super lightning bolt reached the duration of 17.102 seconds. There are no data on the distance traveled but even here we are talking about over 300 km. A little more than the previous one, which occurred in an area not far away, also in Argentina on March 4, 2019, when a lightning strike occurred for 16.73 seconds (0.37s less).

Two other exceptional events are thus dusted off the OMM almanac, reminding us of how powerful and dangerous lightning strikes are. In 1975, for example, a single flash hit e killed 21 people who had taken refuge in a hut to escape the storm in progress. The (indirect) event which took place in 1994 BC is much more tragic Dronka, Egypt, when lightning struck three of diesel and kerosene tanks (each weighing 5,000 tons), causing fires and a flood in the city killing 469.