Work continues unabated on the International Space Station awaiting the arrival on board of the four SpaceX Crew-4 astronauts, including our Samantha Cristoforetti. Russians Oleg Artemyev and Denis Matveev of the Roscosmos space agency made one spacewalk of 6 hours and 37 minutes during which they have installed a robotic arm which will be used to move astronauts and cargoes to the Russian segment of the ISS.

The work done by the two cosmonauts was literally exceptional, considering the complexity of the operation, the difficulties due to moving in space with the bulky suits and bulky gloves and the size of the robotic arm itself: 37 feet, equal to 11.28 meters. In particular, the two astronauts connected a control panel to the arm anchored to the Russian module Nauka, a laboratory whose docking had put the Space Station off axis last July. The protective covers were then removed and a handrail was installed on the module to facilitate the operations of astronauts during spacewalks. 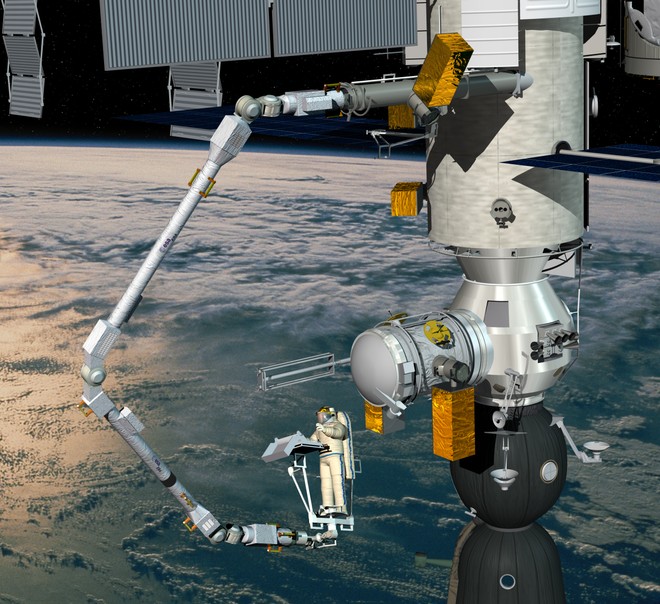 Artemyev and Matveev (respectively on the fourth and first walk of their lives) will return out of the ISS again to complete the work: on April 28 they will remove the thermal blankets that had been placed on the arm to protect it during the launch and they will flex the joints eliminating the blocks that held him still inside the rocket. 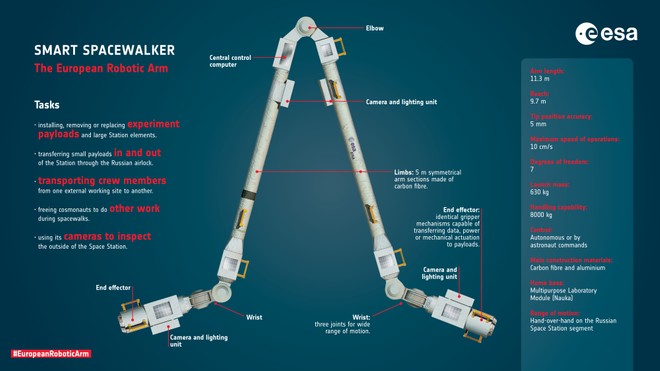 The European Robotic Arm (ERA) is “like a human arm. It has an elbow, shoulders and even wrists“, explained ESA last year. Launched into orbit from the Baikonur Cosmodrome (Kazakhstan) in July 2021 aboard the Proton rocket, it is extremely light – 630kgmade of carbon fiber and aluminum – but just as powerful, with one load capacity of 8.000kg. With the seven joints she moves back and forth so completely autonomousoperates with a precision of 5mmis equipped with two control stations – one inside the station, one outside – and will be of great help in installing and replacing components, as well as allowing astronauts to transfer material from one part of the ISS to another without necessarily having to go through spacewalks. 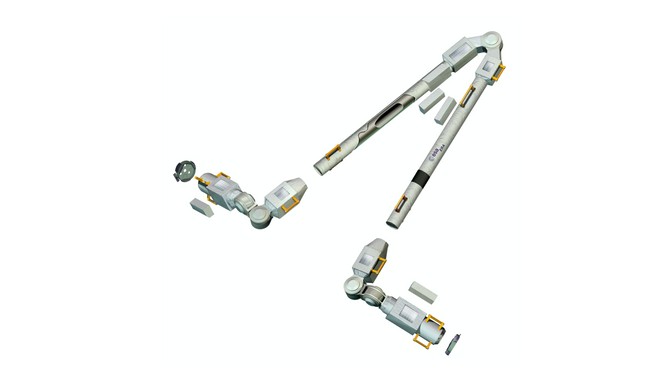 There are now three robotic arms installed in the station: in addition to ERA, they are present Canadarm2 and the Japanese Experiment Module Remote Manipulator System. The Canadian and Japanese solutions, however, cannot reach the Russian module: from now on this task will be up to the European robot.