We are used to looking farther and farther and the recent sending into orbit of the powerful James Webb space telescope will allow us very soon to observe the primordial stages of creation of the universe, yet not everyone knows that the only understanding of our solar system is far from ‘ be complete and there is a theory that has been around for many years and that continues to divide astronomers, that ofexistence of a ninth planet (tenth for those who do not accept the declassification of Pluto).

We have never observed it directly since its hypothetical distance from the Sun would make it practically invisible to the most refined telescopes, but a lot of indirect evidence of its existence has been collected. Not only that, several evaluations on the origin of Planet Nine were also taken into consideration, including its possible expulsion from the inner belt of the solar system by giants such as Jupiter and Saturn, even its capture or influence by another. star, and finally in situ formation in the early stages of the solar system’s birth.

The mystery of the Planet Nine it has its roots in an era when we were not even aware of the Kuiper belt and trans-Neptunian objects, so let’s try to reconstruct some history about this elusive celestial body that continues to divide the scientific community. 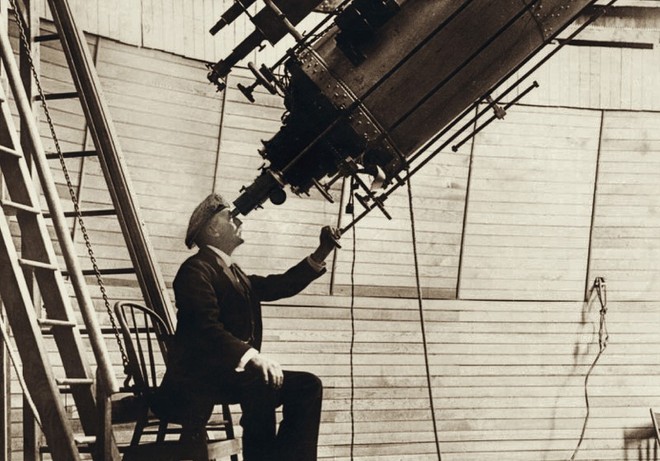 The hypothesis of the existence of a large planet and not yet identified has been talked about for over a century, we can in fact go back to the early 1900s and to the intuition of Percival Lowell. According to the astronomer, a distant and never identified planet could have explained the particular orbits of Uranus and Neptune (Voyager 2’s overflight of Neptune in 1989 will determine that the difference between the predicted and observed orbit of Uranus was due to a inaccurate calculation of the mass of Neptune).

We began to talk about an elusive Planet O, Planet P, or even Planet X, a term previously used by Gabriel Dallet, where the X represented an unknown and not a possible tenth planet (at that time it would have been the ninth planet discovered ). We arrive in 1930, when Clyde Tombaugh continued the search for Lowell and discovered Pluto, but was soon determined that the planet was too small to qualify as the fleeting Planet X.

Predictions and research for a giant planet beyond Neptune continued until 1993 but without particular evidence, then Jet Propulsion Laboratory scientist Myles Standish published an update on the predicted positions of each object in the solar system using the latest data obtained from the accurate measurements made thanks to the first Voyager spacecraft. Standish definitively showed that all the planets were exactly where they should have been. And so after a century of searching for Planet X everything had been clarified and there seemed to be no trace of this mysterious celestial body. 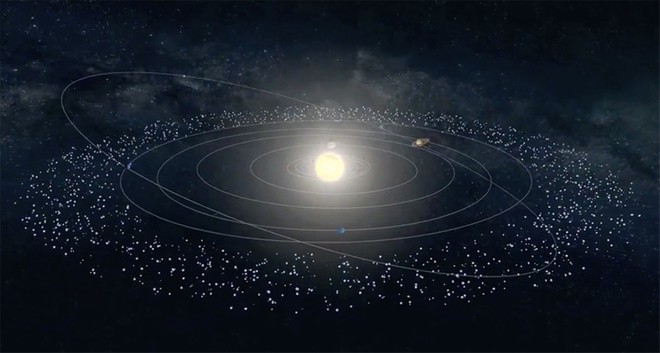 Yet it was not too long after the end of the research that the first trans-Neptunian objects began to be identified, that is, those celestial bodies whose orbit extended beyond that of Neptune, the outermost planet according to our knowledge. Many of those objects will later be identified as part of what is now called Kuiper belt.

From 1998 onwards the astronomer Mike Brown and later also his colleague Konstantin Batygin, began a large-scale survey of the sky from the Palomar Observatory with the clear aim of detecting other objects, perhaps larger, both inside and beyond. the Kuiper belt.

In 2003, a celestial body was discovered, later classified as a dwarf planet, called Sedna and located in the outermost part of the solar system. The discovery of the peculiar orbit of Sedna in 2004 led to the hypothesis that the dwarf planet had some form of interaction with a large celestial body, different from one of the known planets. Sedna’s orbit was unique and the perihelion distance of 76 AU (1 AU is the average distance from the Earth to the Sun), was not justified by gravitational interactions with Neptune. In 2014, a celestial body called 2012 VP was discovered, whose perihelion distance of 80 AU and the orbit very similar to that of Sedna strengthened the hypothesis. 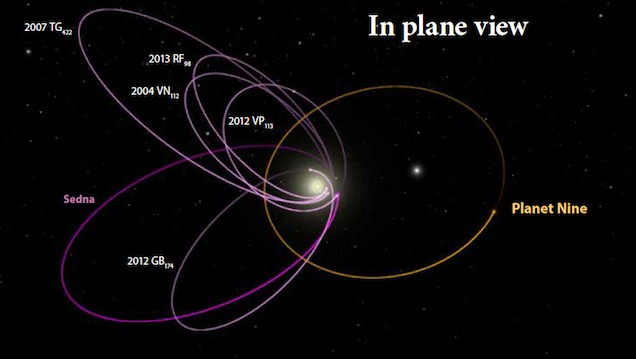 In 2014, astronomers Chad Trujillo and Scott S. Sheppard noticed similarities in the orbits of other trans-Neptunian objects. The hypothesis was that an unknown planet with a circular orbit between 200 and 300 AU was perturbing their orbits. But not everyone agreed and some went further in their predictions. For example, astronomers Raúl and Carlos de la Fuente Marcos, who argued that two massive planets in orbital resonance were needed to produce so many similar orbits. Using a larger sample of 39 ETNOs (trans-Neptunian objects), they estimated that the closest planet had a semi-major axis of between 300 and 400 AU, relatively low eccentricity, and an inclination of nearly 14 degrees. Again it was only a matter of hypotheses, since no evidence was found.

But the hypothesis of a mysterious planet nine returned strongly to the fore in 2016, when Batygin and Brown of the California Institute of Technology, the two researchers, who had been observing the celestial vault in search of it since 1998, stated that the orbits of six ETNOs could be explained by the presence of Planet Nine. As can be seen from the image above, the six most distant objects in the solar system with orbits beyond Neptune all lined up mysteriously in one direction. When viewed in three dimensions, they all tilted almost identically to the plane of the solar system, a sign of an as yet unidentified gravitational influence. According to the two astronomers this was the overwhelming proof of the existence of Planet Nine and, based on the data collected, they even went so far as to draw its possible orbit and not only, they described some characteristics.

According to their estimates the planet could have a mass about 5 or 10 times that of the earth and a radius 2 or 4 times higher, but again these are hypotheses based on orbital calculations. Are we faced with the confirmation of the existence of Planet 9? The two astronomers would say they have no doubts about it, yet definitive proof was still lacking.

But the matter was far from over, in fact, in recent times a very thorough research project has been launched. Will it have produced the desired results? Let’s find out below.

WE ARRIVE TO OUR DAYS 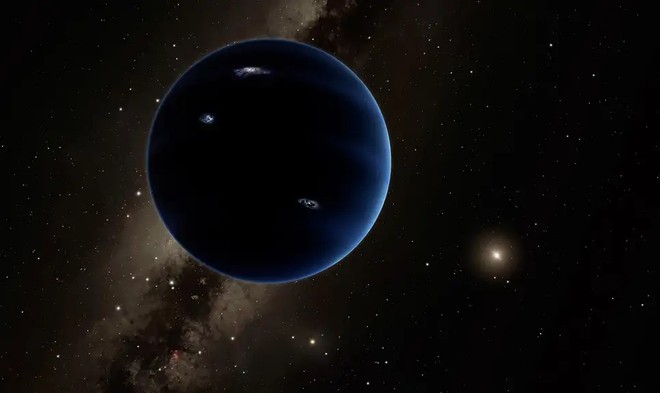 Among the most recent attempts to identify it is that carried out by a team of researchers led by scientist Sigurd Naess at the Institute of Theoretical Astrophysics of the University of Oslo in Norway.

The team used the Atacama Cosmology Telescope, one of two man-made telescopes capable of scanning space at millimeter wavelengths and which is mainly used to study the cosmic microwave background radiation produced by the Big Bang. But the telescope’s sensitivity also lends itself to this type of research, argues Arthur Kosowsky, an astronomer at the University of Pittsburgh and co-author of the study, according to whom ACT proved up to the task due to two unique characteristics it has so described.

“We have sufficient sensitivity to microwave wavelength radiation to possibly detect the thermal emission of Planet Nine, and we have observed a large swath of sky where Planet Nine could be.”.

As explained above, the problem of very low luminosity in relation to the possible position of Planet Nine makes it practically impossible to identify it both with a conventional optical telescope and with those operating in the infrared wavelength. Strengthened by the assumptions of Batygin and Brown and its possible orbital position, the team has relied on one of the most technologically advanced means available to man to see what appears invisible to our eyes. 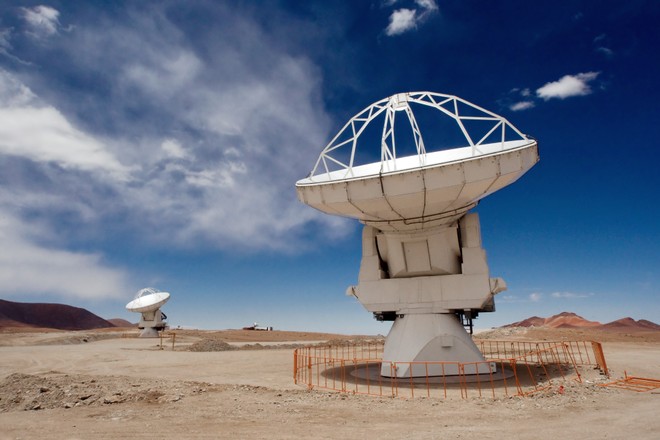 And so the work began and the team made observations at 98 GHz, 150 GHz and 229 GHz while looking for an object at distances between 300 and 2,000 AU. For an object five times the size of Earth (as described by previous research), scientists expected to see something between 325 and 625 AU, while if the object was 10 times the size of Earth, they would they were expecting to see something between 425 and 775 AU away. And so. to dispel any doubts they have started a research that is not very impressive to define.

Astronomers scanned 87% of the sky accessible from the southern hemisphere, collecting data from 2013 to 2019. Various techniques have been used to process the data, including computational “binning and stacking”, which is a method that may be able to discover weak sources at the cost of obtaining little information about the position.

The results of this scan produced about 38,000 raw candidates, then with a subsequent skimming, about 3,500 candidates were obtained that could indicate an object with characteristics similar to those of Planet Nine.

Following this detailed analysis came the bad news, namely that none of these candidate signals can be confirmed as the coveted planet subject of research. The team is 95% confident that the new investigation rules out the presence of an unknown object in the solar system within the detected area, but they also say that 10 signals have been identified that are more promising than the others. Once again there are no certainties, as we could be faced with random noise generated by space or by the technology used, so the final word has not yet been written.

It must also be said that this latest survey cannot be defined as exhaustive, as on balance the research eliminates only 17% of the total possible orbits in which Planet Nine could move if it were an object of mass 5 times greater than that of the Earth and 9% of the possible orbits for a planet with 10 Earth masses.

Everything could change with the new telescopes about to go live in the near future, including the Vera Rubin Observatory in Chile, thanks to which astronomers may finally have the tools they need to detect something so faint and distant. L’Rubin Observatory will host the Simonyi Survey Telescope, a wide-field reflecting telescope with an 8.4-meter primary mirror that will photograph the entire available sky at regular night intervals. The telescope will use a new three-mirror design that will allow for clear images over a very wide field of view. The images will be recorded by a 3.2 gigapixel CCD imaging camera, the largest digital camera ever built.

We can therefore conclude by stating that, although no definitive clues have been revealed about the existence of Planet Nine, there is not even proven evidence of its absence. Have the technological means currently available to the scientific community not been able to find evidence, or is it perhaps the approach used to be wrong? Impossible to say at the moment, but apparently the matter is anything but closed.