There closing of Vanced, which occurred suddenly last week, caused an uproar precisely due to the fact that everything happened in a completely unexpected way. Overnight the team received a cease and desist by Google, which immediately blocked any current and future development of the project, leading the team to stop any work on the application that allowed them to benefit from a YouTube experience similar to that offered with the Premium membershipof course, completely free.

A few days after the incident, the Vanced team posted a new blog post for clarify the aspects that led to the closure, going to deny all the rumors that have circulated in the meantime on the net, which suggested that there could be further reasons why Google had decided to intervene in such a clear way. Let’s see what it is.

CLOSURE OF VANCED: THE FALSE NEWS

The post on the official blog silences several rumors emerged in the last few hours, including those that linked the closure of the project to the recent one launch of Vanced’s NFTs or the fact that the project has come under Google’s attention since the LTT channel talked about it in a recent videoreporting that Vanced was working on the possibility of restoring the display of I do not like on YouTube (removed for some time).

Rumors that Vanced was closed as well also rejected pirate appeven if in this case the team looked for particularly forced and carefully selected holds to defend its thesis (but we’ll get there later), arguing that the economic damage caused by the removal of advertising with Vanced is, on the whole, negligible (for both Google and creators) and that the implementation of the picture in picture function cannot be interpreted as piracyalso because other platforms such as VLC continue to implement it.

Beyond that it was also denied any possible link with Russiaas it was rumored that some members of the development team were Russian and that Google’s retaliation also came in response to the ongoing war against Ukraine.

THE REAL REASON FOR THE CLOSURE

So if all these aspects, certainly valid, are not linked to the closure of Vanced, what was the real reason? The team basically confirmed that the only reasons behind Google’s cease and desist concern the infringement of various copyrights, including the use of logos and brands associated with YouTube without any permission from the parent company.

This led the Mountain View company to request the immediate blocking of Vanced and the removal of all download links, however the team also revealed that it does not intend to continue the project in any way and that the code will not be released either. source of the application, as it could be a source of trouble for the group, inviting users not to request it. 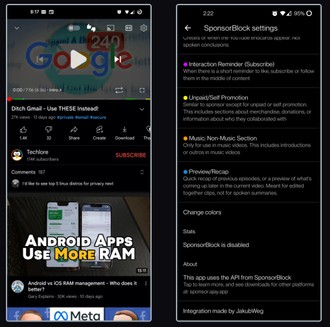 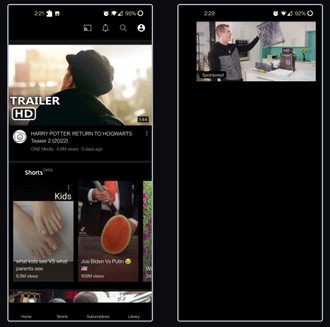 WRONG TONES AND A REASON THAT DOESN’T HOLD

The points cited by the Vanced team are undoubtedly valid in absolute terms, but in any case betray a certain chutzpah by the groupespecially when reasons such as “Vanced has never forced anyone to use the app“,”but creators don’t make millions from advertising” or again “but ad-blocks have existed before us“.

The fact that the application was tolerated up to a certain point did not legitimize its existence in any way; it has always been one instrument that operated within a gray area and that allowed to circumvent the platform limits for which Google had foreseen the existence of a paid plan able to remove them.

This is not the place to discuss how far Google may have marched above the Vanced issue and why it did not intervene sooner, however. justify himself behind benaltrismthrow into the fray VLC and generally address each point of the story with the tones of “but others do too / but in the end it is not illegal“, is certainly not the most elegant way to leave the scene.

Also because, if it were true that the story actually revolves only around the issues highlighted by Vanced – i.e. copyright infringement, problems related to logos and so on -, the team would have had no problem eliminating all the critical issues, perhaps also through a rebrand of the projectwhat that it did not happen and it will not happen, according to what was declared. The Vanced project, in fact, ends here and not there is an intention to take it back in some form in the future.

It is therefore clear that Google’s intervention took place on the aspects that could have been contested immediately and without the possibility of appealbut that under accusation there is not only the infringement of the cited copyrights, but the whole Vanced system as a whole of the whole package offered.