Even for the richest man in the world, pulling $ 44 billion out of his pocket is no joke. The week that is closing has started in the sign of Elon Musk and its sensational acquisition of Twitter: on April 25, the board of directors of the social network accepted Musk’s offer of 54.2 dollars per share in order to obtain control of the company.

The news had repercussions on the stock exchange, with the Tesla stock which has lost about 20% of its value since the news was official. The reasons for this dizzying decline are attributable in part to the perplexities of the market, and in part to the direct action of Musk, who to finance the takeover of Twitter over the course of the week it sold nearly 10 million Tesla shares: 4.4 million between Tuesday and Wednesday another 5.2 million on Thursday. The total is 9.6 million shares, corresponding to approx 8.4 billion dollars.

On Thursday, after the latest deals concluded, Musk then tweeted to communicate that he had no plans to get rid of further Tesla shares.

The consequences on the stock market were immediately visible: Tuesday Tesla stock recorded a collapse of 12%, the worst daily decline since September 2020 – at the time, however, the value had decreased by 21%. Today, however, the stock made a slight recovery, growing by 3.9%.

Analysts say Musk’s move was greeted with concern by some of Tesla’s shareholders, and certainly the fact that the tycoon himself sold huge stacks of shares didn’t help. This new adventure by Musk in fact starts at a crucial period for Tesla, which has many important goals to achieve in the next six, nine and twelve months, and is already dealing with the delay of the Cybertruck, the production of the new 4680 cells. the construction of the Gigafactory in Germany and Texas and the recent reopening of the factory in China.

ONE MORE COMPANY, BUT THE TIME STAYS THE SAME 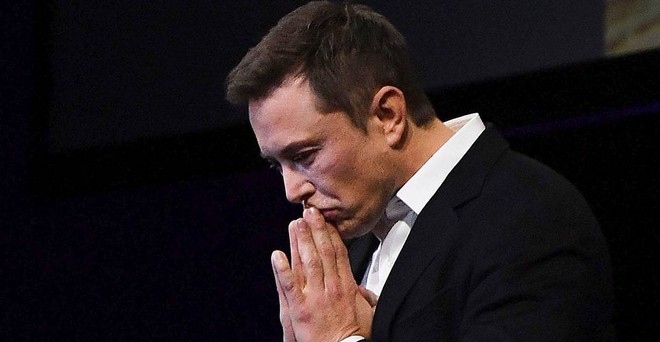 Elon Musk’s relationship with his companies is anomalous, since he not only plays an administrative role, but has a central charismatic and technical role in the development of projects, from Tesla to SpaceX passing through Neuralink and arriving at Boring Company. The feartherefore, is that the good Elon ends up being distracted by the acquisition of Twitter first and then by its management, having less time to devote to other businessesincluding Tesla.

This is a factor that Tesla himself highlighted in the recent earnings report for the last quarter, supporting the strong dependence on Musk (who owns 17% of the shares) and his services, and that although the tycoon devotes a lot of time and a lot of energy to the company, however it is never a question of the totality of time or attention, since there are also other realities to manage.