The curtain opens this evening, Tuesday 1 February, on the stage of the Ariston theater: the 72nd edition of the Sanremo Festival, which will be broadcast on Rai 1 from today until Saturday 5 starting at 20:40 and until 1:30 (so the schedule says, but often the festival extends into the night beyond the scheduled time).

And obviously it will be possible to follow him not only on TV, but also online. As? It’s very simple: just open the website on the browser of your device (PC, smartphone or tablet) RaiPlay, et voilà, the Festival has served. If desired, it will also be possible to use the RaiPlay app for Android and iOS. And for the occasion Rai has also created a page dedicated to the event, where it will be possible to recover not only the evenings in full (or maybe just a fragment, if at a certain time the eyelid has dropped), but also a wide selection of contents that revolve around the galaxy Festival.

Even in the era of social media, Sanremo remains a national-popular rite between the sacred and the profane, a sung mass that, as a magnetic capacity, is comparable only to the matches of the national team (those of Europeans and World Cups, moreover, and not of the championship breaks. ).

In recent years, social media have proved to be a huge sounding board for the Festival, making concrete the experience of collective commentary on a national scale by means of hashstags (the official ones are # Sanremo2002 and #DietroLeQuinte) and post. The most singing platform of all, TikTok, will host “Stasera Sanremo”, a pre-show hosted by The Jackal designed to act as a link to the younger audience.

In 2021, according to the data collected by Talkwalker, the kermesse had scored 6 million interactions in a single day, an increase of 20% compared to 2020.

And according to the numbers provided by AvantGrade, for Amadeus and his troops there are the conditions to do even better in this round. The expectation for the event, in fact, as emerges from the flow of searches on Google – where the trending topic is – is very high, and chance to break the record of 18.1 million interactions on all the platforms achieved since the last edition are concrete.

Among the most sought-after singers are Anna Mena and Emma Marrone, but the real surge was registered Gianni Morandi, with + 900% searches compared to previous months which is probably largely due to the fact that he accidentally published a piece of his unpublished piece on Facebook – only to delete everything and apologize. 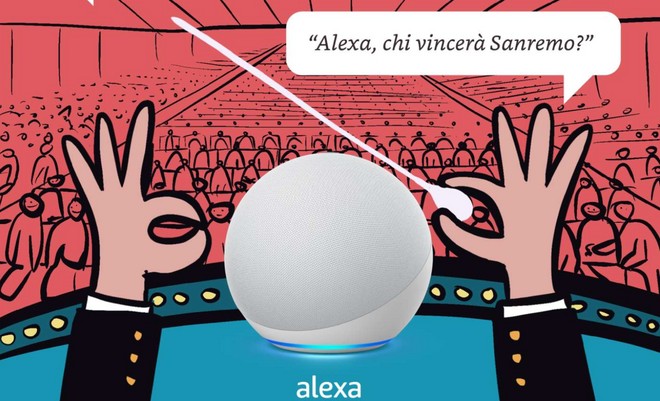 On TV, on social networks, at the bar: everywhere you can come across a speech about Sanremo. To the point that Alexa also talks about it, and he’s not afraid to make predictions about who will win. In fact, we can ask Amazon’s voice assistant about the Festival, asking for example “Alexa, comments Sanremo“to find out the report cards of the various evenings (for singers but also for presenters), or ask her for a more specific opinion on a single artist:”Alexa, what grade did you give to Gianni Morandi?“.

But Alexa, in addition to telling us her, can also hear how we think: just ask “Alexa, open the survey on Sanremo“to be able to express themselves on the best moments of the evening or on the look of the protagonists.

And obviously a musical proposal could not be missing: try to say “Alexa, Sanremo atmosphere“to hear one playlist which will collect some great classics from the more remote past and the more recent one of the Festival. 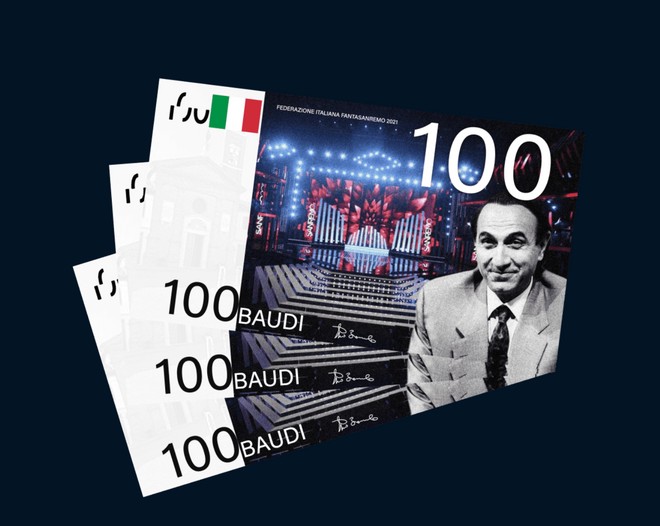 The break in the championship to make room for the national teams opens up chasms of boredom on the weekends for millions of fans and fantasy coaches. While waiting for the Serie A to return to the field, however, we can amuse ourselves with FantaSanremo.

The game, wanted by Sky, is based on the same principles as its football counterpart. And therefore starting with a certain budget it will be necessary to put together the best possible team of singers to maximize the final points (which will be awarded according to the various placings). Unfortunately, registrations are already closed: if you hear about Fantasanremo now for the first time, you will no longer be able to decide to participate. If, on the other hand, you have registered and want to review the regulation, just follow this link.