The next generation of Samsung smartwatches could count a third, unexpected model according to the latest rumors: We are talking about Galaxy Watch 5 Prowhich should fit a particularly generous battery.

One of the most critical aspects when it comes to real smartwatches, with the ability to respond to notifications and calls and keep multiple applications open, is in fact autonomy. Galaxy Watch 4 and Watch 4 Classic, which as we explained in our guide to the best smart watches are the first options in the Wear OS field, in the transition from Tizen to the Google operating system have expanded their possibilities, but in terms of autonomy they have made no progress.

It is no coincidence that the rumors that have emerged so far on the Galaxy Watch 5 and Watch 5 Classic speak of slightly increased capacity batteries: that of the 40 mm Galaxy Watch 5 will be 276 mAh, while that of the 44 mm model will be 397 mAh. In both cases we will therefore have an increase of about 30 mAh compared to current models. Nothing drastic, but still a change that if combined with a further optimization of Wear OS (notoriously energy-intensive) could benefit autonomy.

And it is in this scenario that it could come into play Galaxy Watch 5 Pro, which would then join the Galaxy Watch 5 and Watch 5 Classic. At the moment, we emphasize, it is only a rumor, and even the rather unstable ones. The rumor comes from the site Sammobile (traditionally reliable on the movements of the Korean giant), which reports an indiscretion received from its own sources (not better specified) according to which Samsung could also launch Galaxy Watch 5 Pro.

Not only that: Galaxy Watch 5 Pro should coincide with the SM-R925 model, and above all it should be equipped with a battery with a 572 mAh. And this data should be confirmed starting from a certification for the Korean market (link in the VIA), from which we have obtained the photo you see below, and which should portray it. 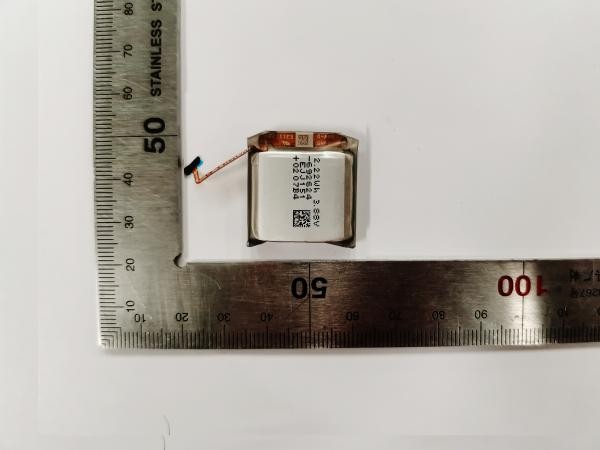 Since the battery of the Galaxy Watch 4 and Watch 4 Classic in the 44 and 46-inch variants reaches a maximum of 361 mAh, we would be talking about a really important increase, equal to 60%. A move that probably, Wear OS or not, would make the autonomy of any Galaxy Watch 5 Pro decidedly higher than that of its younger brothers and competitors in the high-end market. It is also possible to hypothesize that such a significant increase in the battery may also coincide with larger dimensions of the device itself compared to the current proposals.

Anyway, Sammobile also informs that the sources did not confirm that the Pro model will come out at 100%. So it is better to take note of the rumor and yet treat it with due caution pending that, as we approach the launch – scheduled for the third quarter of 2022 -, more information will come out to confirm or deny the hypothesis.