Samsung Galaxy S22 and Xiaomi 12 are two atypical proposals by the standards of recent years, they are indeed relatively compact high-end Android smartphones, unique exceptions in the current panorama. We also add that they share other aspects, above all a photographic sector with some compromises and an almost identical launch price.

We decided to compare them, sure that many of you are wondering which of the two is worth choosing. 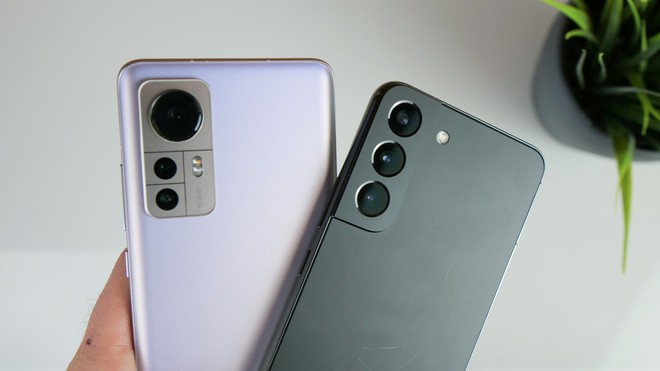 Let’s try to list a number of criteria that you should consider when choosing between Samsung Galaxy S22 and Xiaomi 12.

Compact yes, but different. Samsung Galaxy S22 immediately stands out for an atypical aspect ratio of 19.3: 9 which makes it appear less elongated than the usual smartphones, the symmetrical front frames they do the rest, giving it a fresh and balanced look. The S22 is also water resistant with IP68 certification, a feature that is not shared with its rival.

Xiaomi 12 for its part focuses on the curved edges of the screen and on a satin finish of the frame to win the eyes of potential customers. It is more elongated and taller, but in the hand it grips slightly better than the Galaxy thanks to a smaller width.

In addition to the IP68 certification, an advantage of the Samsung is represented by the treatment of the edges which makes it less slippery. However, Xiaomi offers a practical transparent TPU cover in the package (in addition to the protective film, absent on S22).

The screen of both reaches 120 Hz, with FullHD resolution and a peak of brightness just above 1000 nits. The Samsung is barely brighter outdoors by setting the “high brightness” mode, while the Xiaomi has a more possibility of customizing the calibration, we therefore give them on par.

Where instead there is a winner is the audio sector, Xiaomi 12 has much more powerful and full-bodied stereo speakerswhile the S22 is a bit subdued in this particular department. 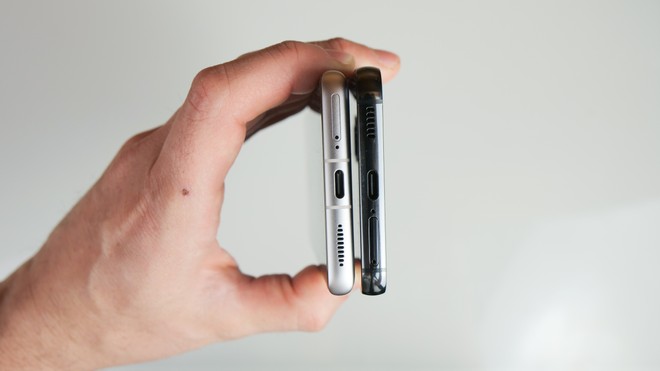 Xiaomi 12 wins across the board speaking of autonomy and recharging, it already starts better with a 4500 mAh battery, against the 3700 mAh of the Samsung, this difference is then further amplified in the field with a S22 that struggles to arrive in the evening (about 5h30min of active display), in the presence of a Xiaomi 12 that allows you to look at stressful days with relative tranquility, it is in fact very rare to arrive in the evening with less than 30% of remaining battery, for at least 7 hours of active display.

That’s not all, Xiaomi 12 recharges at 68 Watts in just over half an hour (50% in 15 minutes), wireless at 50 Watts e it is sold together with its power supply, Samsung Galaxy S22 reaches just 25 Watts with cable, 15 Watts wireless and the charger is to be bought separately. Objectively, there is no story. 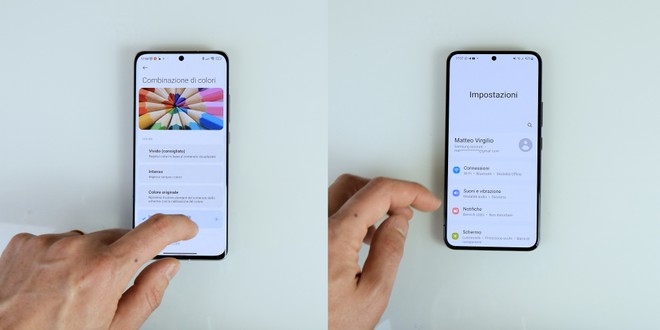 We are entering a field where personal taste plays an important role, however we can give you some food for thought that can be useful. OneUI 4.1 and MIUI 13 are complete softwarehave many functions and well-finished graphics, but in some respects the proposed Samsung has some advantages: system updates are guaranteed for 4 years, 5 for security patches, while Xiaomi pays a 1-year pledge for both types, Samsung can then offer DeXa complete desktop environment accessible on a monitor or PC by connecting the smartphone with cable or wireless, Xiaomi does not have an equivalent functionality.

In terms of usability both are convincing products, however we point out two aspects in which it is Xiaomi has something less: the proximity sensor is virtual and as such often does not turn off the screen when it shouldmaking it uncomfortable especially when calling or listening to voice notes, the fingerprint sensor is optical, less secure and sophisticated than the ultrasonic equivalent on the S22.

The technical data sheet of the two contenders can be overlapped, in terms of memory and connectivity we are on a par (with the exception of the different Type-C port to the advantage of S22), while the engine is very different, despite representing the respective top of the range of Qualcomm on the Xiaomi 12 and Samsung Exynos on the Galaxy S22.

On paper, these are similar processors, both octa-core made at 4 nm, while the GPU changes, Adreno 730 for the Snapdragon 8 Gen 1 and Xclipse 920 on the Exynos 2200.

The results in the field, at least at this time, prove Xiaomi right. The smartphone is generally more responsive and responsive than the Galaxy, it heats less and has better energy management. Samsung, on the other hand, continues to row in an attempt to find the square with the GPU made together with AMD, on paper a unique component capable of giving an added value to the product, in fact a nice nut to crack. S22 often has some indecision, especially when the graphics processor comes into play, for example when viewing a website with videos, gifs or complex graphics, or simply in games, where full compatibility with the main PlayStore titles is still missing. . 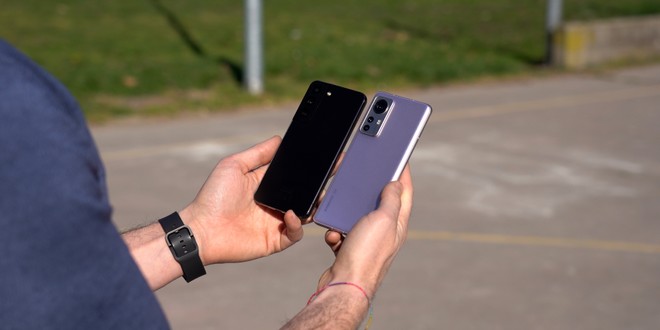 The camera department of Xiaomi 12 and Samsung Galaxy S22 is of a good standard, but in both cases in part renouncing. The main camera is 50 MP with optical stabilization, then there is an ultrawide respectively from 13 MP and 12 MP without AF, Xiaomi then fielded a telemacro, or a lens with macro function equipped with aufocus, from 5 MP, while Samsung relies on a telephoto lens with 3X optical magnification and optical stabilization.

On the main camera there is a tendency to enrich the images with contrast for Xiaomi 12, while during the day the difference is almost imperceptible, at night it emerges more, then seasoned by a choice on the clearly colder white balance.

Overall, our preference goes to the Galaxy S22, better even if we take into consideration the constancy of performance.

Xiaomi’s greater contrast here plays in its favor, the Galaxy S22 ultrawide is a bit subdued while Xiaomi 12 manages to juggle well even in situations with strong light contrasts. Reverse judgment for the telephoto lens, which is only present on the Samsung.

Overall, the Samsung Galaxy S22 does a better job in portraits, especially in skin tone rendering but also partially in cropping accuracy and simulated bokeh. We know that Samsung historically has an added value in the quality of portraits, Xiaomi still needs to improve.

On macros the judgment is simple, only Xiaomi 12 really allows you to run them, the resolution is unfortunately low, too bad. In the selfies, in our opinion, the Galaxy S22 comes out as the winner, despite a 3 times higher resolution for the Chinese smartphone.

WHO WE RECOMMEND XIAOMI 12 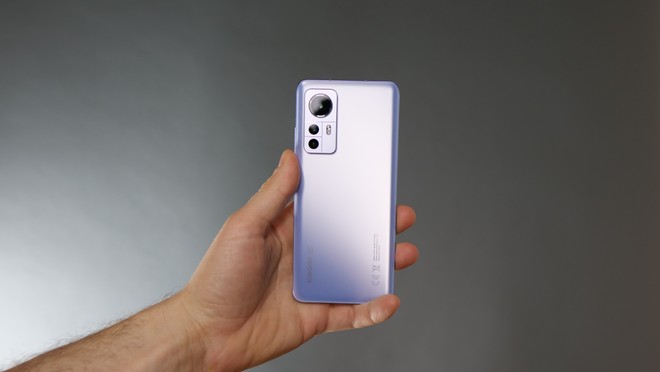 We recommend Xiaomi 12 to those who are attentive to some technical details, performance certainly but also the charging speed or the power of the speakers. The software offers several interesting functions but also some small bugs, in terms of updates, however, Xiaomi will be able to amaze you with new functions and small graphic revolutions, whereas Samsung tends to be more conservative.

Xiaomi 12 suffers from the competition in the photographic field, but however, it defends itself well and counterattacks decisively if autonomy is considered. Overall it is a balanced and successful smartphone, too bad only for that damn virtual proximity sensor that sooner or later will make you turn up your nose.

WHO WE RECOMMEND SAMSUNG GALAXY S22 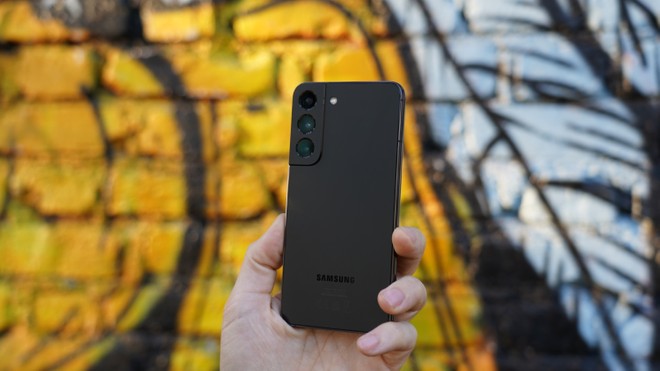 We recommend Samsung Galaxy S22 to those coming from a Samsung smartphone, a perhaps trivial but important consideration for all those who are used to OneUI and inevitably could find themselves wrong with any other software. Then we recommend it to those who want to play it safewhich does not pay particular attention to the technical data sheet but wants a reliable product that you no longer have to think about after the purchase, sure that in any scenario the smartphone will have what it takes to accompany it, both from the hardware point of view and from the point of view of software view.

S22 is a really nice productpleasant and balanced at 360 degrees, without obvious gaps in certain sectors. Charging is slowbut it is not necessarily a problem for everyone, and a similar argument can also be made for auninspiring autonomy.

But the cameras are super reliable, 4 years of updates will come and we are sure that sooner or later Samsung will be able to solve the problems with the GPU, with a nice benefit for performance.

Samsung Galaxy S22 5G available online from Comet a 879 euros. The value for money discreet and there are 6 best models. To see the other 20 offers click here.