The fronts of the war between Russia and Ukraine are, unfortunately, multiple; it is no coincidence that, since its outbreak, there is a full-fledged hybrid conflict. In addition to weapons, military means and strategies are not lacking in the arsenal of the Russian army cyber actions which rest (also) on a rigid control of information and a manipulative use of social networks, which for the Ukrainian counterpart are instead the only possibility to show live the drama of the most brutal front, that of the bombs and missiles that they are bringing cities and millions of civilians to their knees.

For Russia, technology has become a weapon no less destructive than firearms, the gag of dissidents and a means of distorting reality with fake news and disinformation. But the country that is putting Ukraine and, consequently, the whole Western world to fire and sword, is on the verge of a dangerous virtual isolation. The one raised between Moscow and the West risks becoming a digital and technological iron curtain reinforced by offensives and counteroffensives, such as the abandonment of the big techs of the Russian territory on the one hand and the obscuring of most of the international digital platforms from ‘other.

But in this dramatic scenario, it really is possible disconnect an entire country? And what possibilities are left for the Russian population to connect with fellow citizens and with the outside world, informing themselves about real dynamics of what happens across borders? In this article we try to retrace the latest events, from the duel between the tech giants and the Moscow government, to the threats of isolation of Russia on a local internet, to the blows to the giant Yandex, the escape routes favored by users. Russians and the recent VPN ploy.

THE BLOCK OF INTERNATIONAL SOCIALS

Unlike big techs, which have opted for a mass escape from Russian territory, international social media have decided to remain active since the beginning of the invasion, with the dual intent of opposing Putin’s government and maintaining itself as information reference point for citizensthe last bastion of a communication that escapes the gag of the government.

For this reason, social media were among the first media to end up in Putin’s crosshairs together with the country’s independent press, becoming victims of a counter-offensive that responds, among other things, to the withdrawal of big techs from the nation. On March 14, Roskomnadzor, the organ of the Russian Federation in charge of media control, blacked out Instagram in Russia in response to Meta’s initiative to loosen the ties of censorship of content that incites hatred and violence, allowing users of both social networks in its orbit to freely publish anti-war and anti-Russian army content, Putin and Lukashenko (excluding content against the Russian civilian population). The new policy, which affects only Armenia, Azerbaijan, Estonia, Georgia, Hungary, Latvia, Lithuania, Poland, Romania, Russia, Slovakia and Ukraine, in addition to the limitation of Meta’s activity on Russian territory, has involved, among other things, thedirect inclusion of Zuckerberg’s group in the lists of extremist organizations.

The case of Instagram blackout is not an isolated one: Twitter also “fell”, which, however, has responded to the limitations of Moscow with the launch of a TOR version of the platform (acronym for “The Onion Router”), capable of circumventing censorship by increasing the protection of users’ privacy. It is a network that channels data through an “onion” stratification, hiding those that identify the user and, in this case, bypassing censorship.

The voice was also raised by Google, which ordered the blocking of YouTube channels connected to the media funded by the Russian government, while TikTok has stopped live streaming of content after the approval of the Russian law that imposes stricter penalties for what Moscow considers “fake news” about the war. On the Chinese social network some profiles would have conveyed pro-Kremlin videos and images, helping to strengthen Putin’s propaganda against young users moved by the desperate need to know what is happening in Ukraine.

TOWARDS INSULATION: THE RUNET 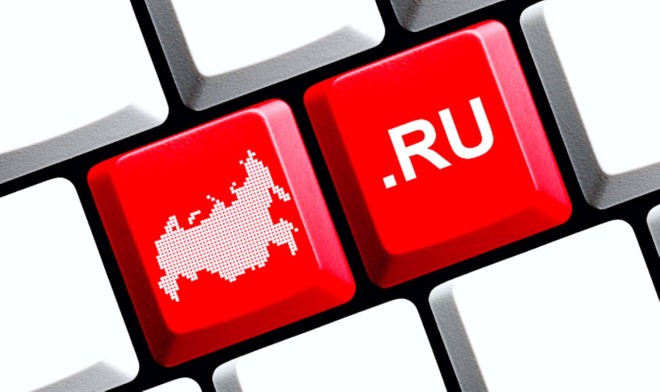 Russia is actually a dream of digital sovereignty pursued for a long time before the outbreak of the war, as evidenced by the genesis of RuNet: a few weeks ago the news began to circulate, reported by the Belarusian newspaper Nexa but not confirmed by the Kremlin, concerning the alleged intention of Russia to disconnect from the global internet to entrench oneself in a parallel network, isolated from the outside world, called RuNet precisely. Although it has recently returned to the headlines, the RuNet project has been in the works since 2014, and was legally recognized by an amendment in 2019, when Putin himself painted it as a “defense weapon” against potential foreign cyber attacks.

An article published in the Russian news agency Tass during the same period reported “successfully completed exercises regarding network stability”, but in 2021 the implementation was slowed by malfunctions likely due to the lack of adequate equipment. After nearly three years of experimentation, the country is now planning one complete migration to a state intranet, as evidenced by a document attached to a tweet from Nexa, which lists the methods of access to the network for all state bodies in the country. This would lead to the isolation of 140 million civilians – already harassed by subtle censorship and the mystification of reality – from the rest of the globe. But the steps to be taken towards digital sovereignty could still be numerous and not free from obstacles and critical issues.

YANDEX, THE RUSSIAN GOOGLE NEAR DEFAULT 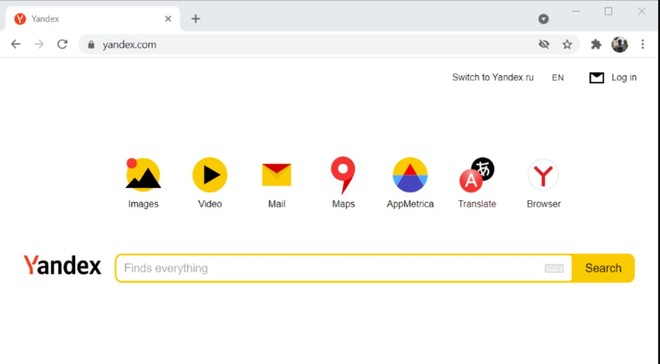 The mission of making Russia a self-sufficient country from a digital point of view, especially as regards navigation, relies on “home” aids, a crowd of social media and indigenous platforms that mimic Western models in functions, intentions and often also in design.

An example is Yandexthe ICT giant that owns the largest search engine in the country as well as the most powerful tech company in Russia, renamed the “Russian Google” for its size and the dense portfolio of services and divisions it possesses (in 2018 it launched a proprietary smartphone).

Despite having escaped the sanctions imposed by the West on most Russian companies, its solidity faltered after the New York Stock Exchange suspended trading on the stock, outlining the risk of a possible default on the horizon. If this were to occur, an unbridgeable crisis front would open not only for the financial position of the company, which has its registered office in the Netherlands but headquarters in Russia, but also and above all for further restrictions on Internet browsing by Russian citizens, who would see themselves even more unable to maintain contact with the Western world. However, it should be noted that it is still a question of tools in hand in Moscowtherefore not exempt from vetoes and manipulations.

THE RUSSIAN ALTERNATIVES TO SOCIAL 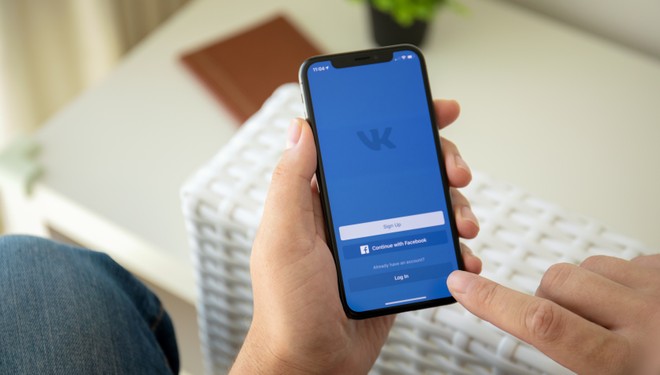 One of the goals that the exodus of users of blacked-out international apps has poured into is VKontakte (VK) the Russian “Facebook” co-founded by Pavel Durov (the “father” of Telegram). Vkontakte has long been the most popular and used social network in Russia, but with the conflict it has gained ground, even incentivizing users to publish content in exchange for 100% of the revenue from monetization, as reported by the international press. The platform, on which there are many posts praising Putin, in recent days has been the target of yet another web raid by Anonymous, which has spread a series of messages on the war in Ukraine directly from the Russian account.

Other hard clogs of the country’s social landscape are the appendix of VK, Odnoklasskiniwhich allows its subscribers to exchange photos, videos, cards and emojiis, and Moi Myrwhich can only be accessed if you have a Russian email address.

To make up for the lack of Instagram, Russia will launch on March 28 Rossgrama local version of Mark Zuckerberg’s social network that will be available for Android and iOS initially for a small circle of creators and influencers (the same one who lamented the closure of the mother platform – ignoring the gravity of the war), and then be extended to ‘ordinary users in April.

As for messaging services, WhatsApp and Telegram they have (for now) remained immune to the Moscow censorship. Telegram, in particular, is playing the crucial role of a digital “corridor” through which to access the country or, vice versa, “exit”, one of the reasons why it has been the subject of a massive shift of Russian users: on Telegram it is possible to find channels of information and politics free from censorship, many of which are aligned against Putin, but also updates on the war, images, videos and even the speech of Ukrainian President Zelensky to Congress. 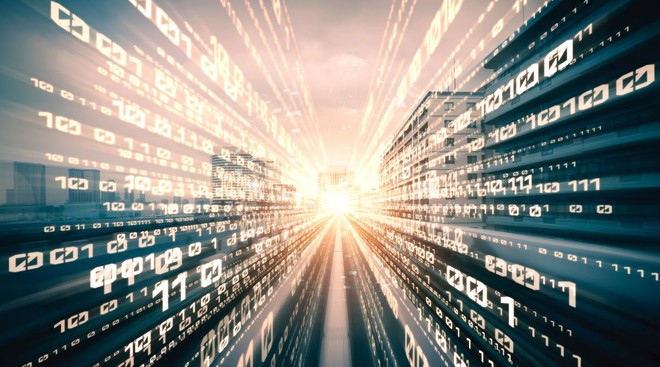 However, there is a subterfuge that Russian users are resorting to to avoid the blocks imposed by Putin: theexcessive use of VPN. A VPN, in fact, “disguises” the IP address of PCs by simulating a geographical location other than the actual one, so that people who surf the Net connecting from Russia can still access the blocked or blocked sites. Since the beginning of March, the use of VPN services for iOS and Android has increased by 1,500% in the country, for a total of about 6 million downloadsas an analysis of SensorTower. However, in recent weeks, Russian authorities have shut down around 20 popular VPN services.

HOW WILL THE INTERNET OF THE FUTURE BE? 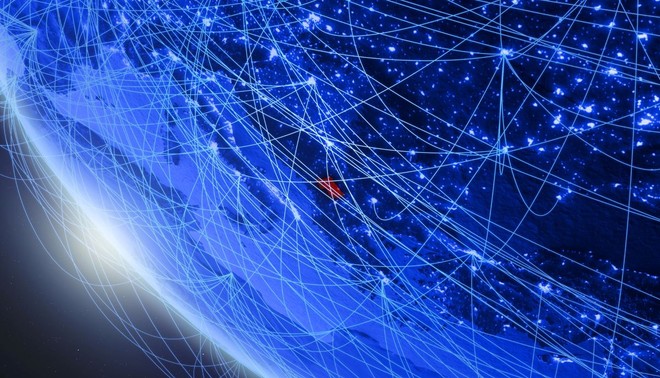 This dramatic situation is still unfolding, but what is certain is that it will shape a new future for the internet, not only for Russian civilians, but for the entire shared conception of what, since its advent, stands as a global network capable of connecting the whole world, currently in the process of being divided by a digital iron curtain. The risk, in addition to the damage caused by the conflict, is that the intrinsic mission of the Internet itself failswhich has always been understood as a universal and globalizing force, and generates what the researchers of the Massachusetts Institute of Technolofy define as “splinternet”, a segmented internet that could cause technological damage to Russia itself.

Instead of the one global Internet we have today we would have a number of national or regional networks that do not talk to each other and perhaps even operate using incompatible technologies – the researchers explain, as reported. Handle. -This would mean the end of the Internet as the only global communication technology, and perhaps not just temporarily. ”