According to the report Forrester Job Forecast published just a few days ago, by 2040 robots will have stolen 12 million jobs from humans. The study examined the employment prospects in France, Germany, Italy, Spain and the United Kingdom, concluding that the progressive automation will come to “threaten” 25% of jobs in the five countries considered.

Looking beyond the numbers of the latest report, the question is not new: already in 2018, when many of the upheavals of recent years were still to come, the World Economic Forum had proposed similar hypotheses, even going so far as to say that in 2025 automated jobs would have been more than 50% of the total.

So, are we doomed to be replaced by robots? Certainly, the automation process already concerns many realities today, and confronts us with the need to develop new instruments, including legal and legislative ones, to address these changes, starting with the rights of robots. Here are some ideas on the current situation. 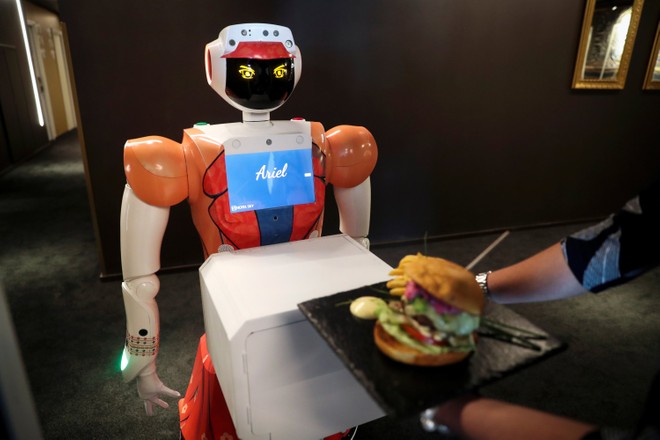 According to the report, the sectors most affected are those where routine functions prevail that could be entrusted to machines: we are therefore talking about retail shops, restaurants, the hospitality and leisure sectors – even if it cannot be said that the Japanese hotel run by robots has not had some problems.

According to the data reported in the scientific study “Risks of automation of occupations: an estimate for Italy” which estimated the automation probabilities of 800 professions contained in the Istat-Inapp database, among the professions at risk there are therefore accountants and deliveriesreceptionists, porters, those who work in assembly and logistics, cashiers.

The pandemic has also brought about the turbo to the processes that were already accelerating the push towards automation, which has led companies to think of relying more on machines to avoid blockages in production. With a much broader scope, Hyundai also launched into the field of robotics by acquiring Boston Dynamics and presenting futuristic scenarios of integration between robot and metaverse at CES.

MORE THAN A CHOICE, A NEED 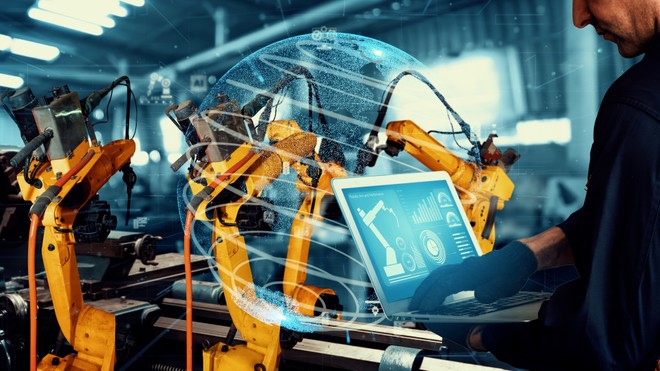 However, the scenario may turn out to be less bleak than it appears at first glancebecause the advent of robots could also be an opportunity: according to the report Forresterthe workforce needed to design and build robots, together with the efforts to be put in place for the green revolution, could create 9 million jobs, and therefore a net loss of 3 million jobs compared to the twelve announced at the beginning.

This figure also needs to be put further into perspective, because it could also be that replacing humans with robots in the workplace becomes a necessity rather than a choice: the aspect that could make coexistence in the workplace between humans and robots more peaceful is the demographic one, because the birth rate crisis that has affected Europe for several years now will also have an impact on the population of working age, which will be reduced progressively.

ROBOTICS AS A SERVICE 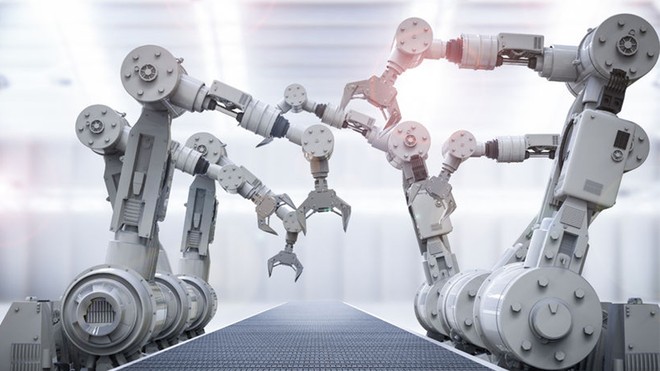 Actually, without even looking that far, some things are already reality: robotics in recent years has made great strides, as evidenced by a production line of any car company.

In addition to the work of the common imagination, from assembly lines to the construction of household appliances, there are also unusual uses, such as Automated Architecture Ltd’s robots building houses. The company, one of those that have distinguished itself among green innovators, is involved in building ecological, sustainable and economic houses thanks to the work of robots, which perform the tasks of laborers and also of technicians, developing systems, pipes and floors of modular homes.

But if for large companies the purchase of machinery worth hundreds of thousands of dollars to which the costs of managing the software are added is an effort in line with the turnover, the same cannot be said of smaller companies. And so another trend emerging in the United States is that of robotics as a service.

In practice, there are companies, such as Formic, that buy standard robotic arms and rent them together with their software, thus allowing even small companies to bring “robotic employees” into their factories who, according to what was reported by the entrepreneur interviewed by Wired, are paid the equivalent of $ 8 an hour, that is almost half of the minimum wage for a human worker. The decrease in costs therefore contributes to the diffusion of these technologies.

THE RIGHTS OF ROBOTS

This acceleration, with an increasingly extensive use of advanced machines with varying degrees of autonomy, raises the issue of robot rights.

Also the European Parliament in 2017 underlined its importance, voting on a series of recommendations addressed to the European Commission on civil law on robotics and suggesting the establishment of a specific legal status for robots and the drafting of a code of ethics for those who design them. The document reads:

A set of rules is needed which govern in particular accountability, transparency and accountability and which reflect the inherently European, universal and humanistic values ​​which characterize Europe’s contribution to society.

One of the goals was indeed deal with the attribution of responsibility in the event that increasingly complex machines cause damage in making autonomous decisions in certain environments. Always from the same source:

In the hypothesis in which a robot can make autonomous decisions, the traditional rules are not sufficient to activate the responsibility for the damages caused by a robot, as they would not allow to determine who is responsible for the compensation or to demand from that subject the reparation of the damages caused.

The prerequisite is that the more robots are autonomous, the less they can be considered mere tools in the hands of other actors, whether they are manufacturers, owners or end users. However, the current regulatory framework has some shortcomings from this point of view; there is a need for new, effective rules that are in step with the times and innovations. 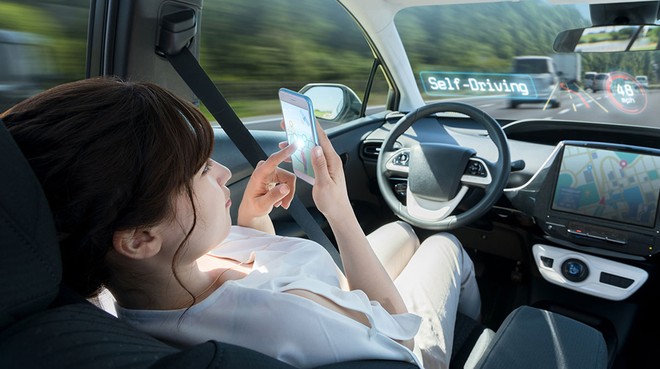 Indeed, traditional categories of liability may not apply to the actions or omissions attributable to machines, the causes of which are perhaps not easily attributable to a specific human subject. For instance, in the event that a self-driving car invests a personthe cause can also be attributed to a malfunction of the car’s software but the responsibility could be attributed to the carelessness of the human driver who would be required to supervise driving.

The debate on machine rights does not stop at legal responsibility for the actions of robots, and also embraces ethical issues: Should the development of emotional abilities in artificial intelligence systems be favored or not? Should robots be considered in relation to their possible suffering, if one day they were able to experience it?

Often reflections on machine rights end up drawing analogies with animal rightsa topic already much more cleared through customs: if the discriminating factor is having cognitive abilities similar to ours, could very advanced forms of artificial life also fall into this condition?

Following this analogy, companies tend not to hold themselves accountable the learning processes related to the technologies they have developed because they argue that it is impossible to predict all the outcomes; however unpredictable behavior is not a new problem.

THE IMPORTANCE OF TRAINING 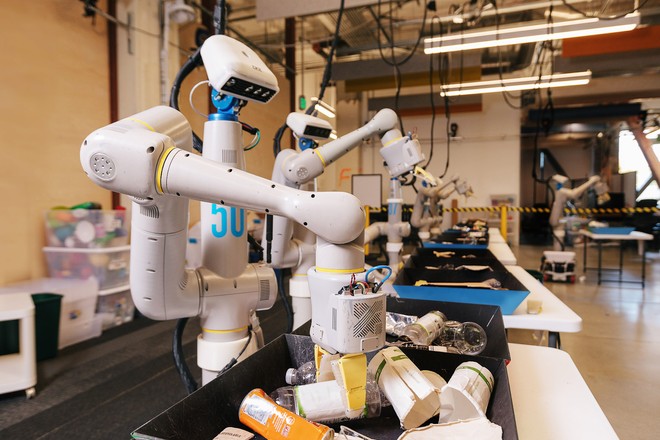 In conclusion, the matter is still all in flux, and this is part of its appeal: for many experts the moment in which we find ourselves represents a new industrial revolutionand as in that case, if it must be so, it will be necessary to try to understand and embrace the phenomenon in an attempt to govern it, rather than simply rejecting it a priori.

A fundamental part of this perspective is undoubtedly educationbecause if it is true that robots will replace human beings in many tasks, to be able to seize the opportunity of new jobs offered by this evolution it will be necessary to be prepared, starting from training. And you, what do you think?