The new generation of PlayStation Virtual Reality is approaching. Sony had begun to move just under a year ago, at the end of February 2021, sharing the first details on the next VR system, and a month later it had then unbuttoned further, surprisingly showing the unpublished controllers with a move that it had remembered. the revelation of DualSense, the PS5 gamepad.

Since then, however, communications have been interrupted (at least the official ones). To resume today, Friday 4 February, with the launch of PlayStation VR2 official site (so, at the moment, Sony refers to the project: it is probably therefore the final name).

The Japanese giant invites us to prepare because, as stated on the website, “Virtual reality is about to take a huge generational leap forward: Explore worlds that really feel real“. 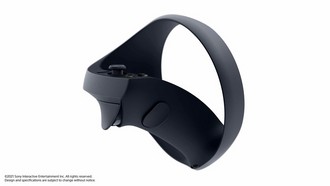 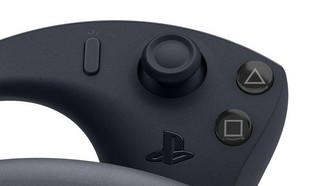 In the portal, Sony takes stock of all technical characteristics of the viewer and controller. Even if, however, the headset is still shrouded in mystery: it will probably be shown only later, on the occasion of an event dedicated to the launch of PlayStation VR2.

The last State of Play, that of February 2, was entirely focused on Gran Turismo 7: we do not know if there are others planned shortly, but the fact that the company has decided to activate the marketing machine will want something. to say. Also because the rumors of last summer spoke of a launch by Christmas 2022.

FEATURES OF THE VIEWER

Enjoy gaming sessions in complete comfort thanks to the 110-degree field of view, light, well-balanced Fresnel lenses and the lens wheel adjuster that allows you to customize the focus according to your preferences.

The interaction is even more realistic: the PS VR2 headset detects the movement of your eyes, so when you meet other players online, the emotional response and expressions are better and more intense.

Gaze detection cameras follow your gaze when you aim or look around, while advanced foveated rendering techniques enhance the viewing experience by adjusting the resolution to enhance and more precisely define the point you are looking at.

PlayStation VR2 tracks your movements and controllers via four cameras built into the headset, allowing you to play in complete freedom. Your movements and the direction of your gaze are reproduced in the game without the need for an external camera.

Feel the light, responsive vibrations of the headset at key moments in the game. These vibrations, generated by a built-in motor, provide an additional tactile dimension, enriching the sensory immersion experienced while playing.

Feel the acceleration of your character’s heartbeat in the most exciting moments of the game, feel the objects passing by your head or the shutdown of your vehicle as you speed on the asphalt.

Game audio dynamically adjusts to your position and head movements, so you can surround yourself with sound and music effects1 incredibly realistic.

Characters appear beside you as they whisper in your ear, you can spot allies and enemies by the sound of their footsteps or shots, and feel the creeping fear caused by a threat coming from every direction. 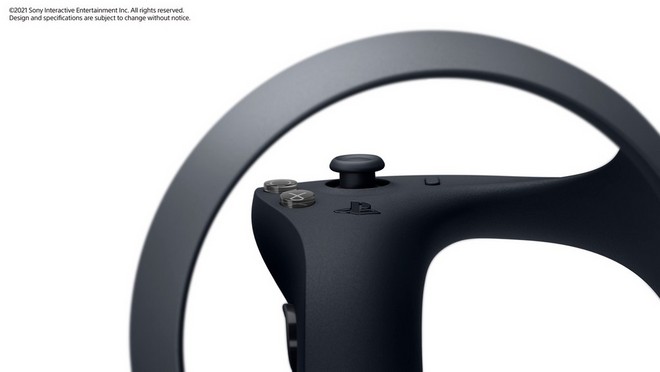 Discover the new and intuitive PS VR2 Sense controller: Experience incredible freedom of movement and a very realistic gaming experience through the ergonomic and well-balanced design, so that you can concentrate in comfort on exploring the game world.

Increase control of in-game actions with traditional toggles and action buttons split between the two controllers, plus an option button and a create button. In addition to the adaptive triggers, both controllers are equipped with a “grab” button to grab objects in play1.

Interact with the elements and environment in the game in a natural way, even when you are not pressing a button: the tactile detection of the fingers allows the PS VR2 Sense controller to replicate movements and gestures, giving you the opportunity to explore and touch the virtual world.

Experience realistic and detailed sensations related to your in-game actions. A wide range of sensations from the game world can be felt through your hands, from light and precise vibrations to the heartbeat of the characters.

Find out what it’s like to shoot or hit with different weapons, craft objects, touch different elements of the environment and travel across rough terrain.

Experience varying levels of strength and tension as you interact with equipment and play environments. Stretching a bowstring, splitting objects with your own hands, feeling a weapon jam in the middle of combat: adaptive triggers physically connect you to on-screen actions, ensuring greater immersion.