iPhone SE 2022 is a monument to Apple’s diversity: In a market where many manufacturers try to give their devices a top-of-the-range look by hiding problems inside the case, the Californian company takes its latest chip and forces it into an objectively dated design.

The A15 processor, the same mounted on the iPhone 13, offers a snappy user experience and the prospect of a very, very long product life, as well as some improvements that embrace certain elements of the user experience; but there is no doubt that so much power is harnessed by certain limits. The screen, above all, does not do justice to the technological potential developed by Apple engineers, but a similar discourse can be applied to the photographic and multimedia fields.

The paradox represented by the iPhone SE 2022, a practically unique product on the market, does not, however, reduce its curiosity. On the contrary, it opens up several possible answers to the question: Who is it for, who should it be recommended to? I spent a few days in the company of the phone trying to find some answers.

THE SCREEN A LIMIT, THE TOUCH ID NO 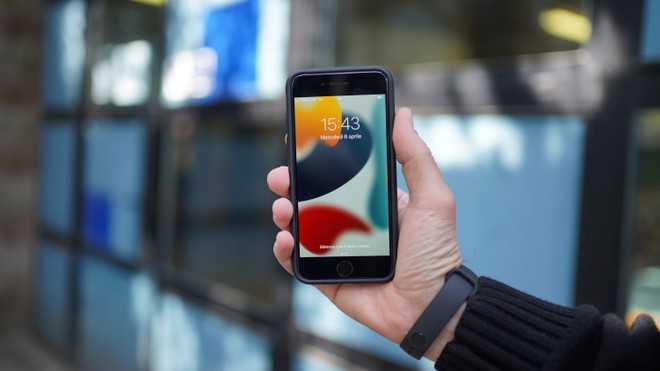 It so happened that the iPhone SE 2022 delivered to us by Apple was in Product RED color, the same as the 2020 model already in our possession, to make the similarity between the two even more evident. Except for a slightly different tone of red, nothing apparently distinguishes the third generation of the iPhone SE from the one that preceded it.

Same 4.7-inch screen, identical positioning of the camera but also of the Touch ID, which here maintains its status as a privileged unlocking system, as an alternative to the more modern Face ID.

The glass that covers the front and back is the same used for the iPhone 13, a difference that obviously is not noticed if not testing its resistance. But be careful: we only talk about the glass and not the Ceramic Shield treatment, which remains exclusive to the iPhone 12 and 13. For the rest, there are no changes to the look offered by the SE 2022: although the LCD panel offers a visual experience overall pleasant, there is no doubt that most users, especially if they are not from one of the previous models, will perceive a step backwards compared to other recent smartphones.

The rather low brightness, with a maximum peak of 615 nits, is felt for example when you are outside or in slightly more complex lighting conditions despite the appreciated presence of the True Tone system. Even the colors, which can be observed simply by looking at some photos or videos, do not have the same depth found elsewhere, resulting more washed out. Using any social network, Instagram or Twitter, you choose, but also shaking some web page, it is finally observed how much the reactivity offered by the hardware does not go hand in hand with a refresh rate that is no longer in step with the times. If you consider that it is the same LCD mounted since the iPhone 8, dated 2017, it is impressive to think that it can still offer a more than pleasant experience, but the weight of the years is felt.. 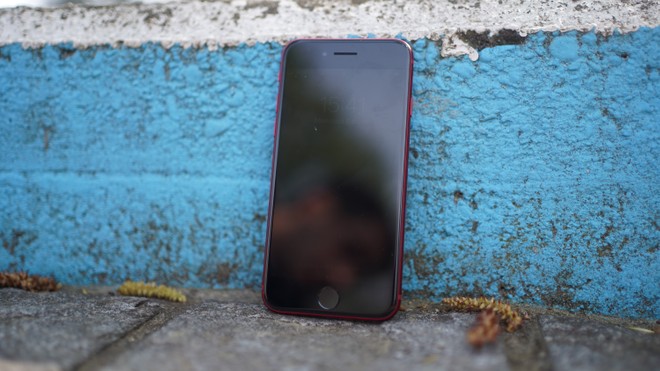 The presence of the Touch ID, housed in the usual position and still capable of guaranteeing a very practical unlocking experience. The Home button will also be preferred by someone to double-click the apps already open in the background, a less refined solution than the gesturebut which will continue to convince (and serve very well) all those users who are so used to it.

The iPhone SE 2022 experience is more tactile and somehow concrete than what I’ve been used to in recent years: not only the central button, but also the bezels, the use of materials and the look make it a product which gives a feeling of remarkable solidity. Among other things, reinforced by the awareness that the IP67 certification protects against encountering liquids and more. 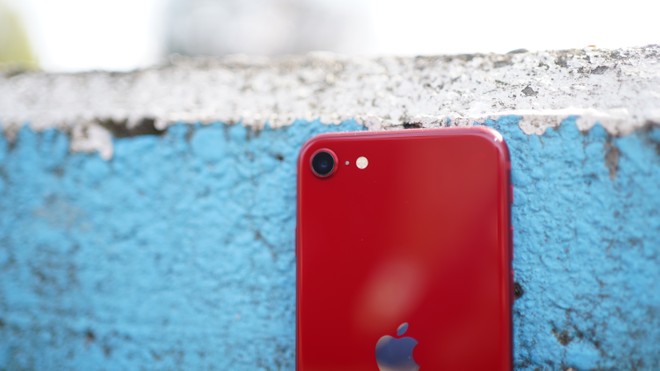 The impression that iPhone SE 2022 is a phone that looks to the point, offering the best possible experience without complicating the user’s life, is reinforced once again by the photographic sector.

The 12MP sensor with f / 1.8 aperture is back, unchanged, as well as the 7MP front one useful for selfies and video calls. The presence of the A15 and its dedicated ISP guarantee some additions that give a more modern look to the shots in certain conditions, as well as a wider range of options than in the past.

The new ISP has made it possible to add functions such as Smart HDR4 and Deep Fusion which, obviously not unpublished at Apple, improve the shots taken in particular light conditions, for example when capturing subjects with strong light behind them, or low light. Inherited directly from the iPhone 13, we also find the Photographic Styles, so you can choose your favorite look for photographs, being able to count on an always faithful rendering of the skin tone of those who are in front of the camera. Here are some photos taken with the phone.

With sufficient lighting, and above all with static subjects, iPhone SE 2022 still produces pleasant shots that are more than suited to the needs of most people, good both for saving their memories and for posting them on social media. In the evening, however, the lack of a Night mode is feltmainly due to the use of a very old generation photographic sensor.

It is difficult to say that iPhone SE 2022 offers a new photographic experience, indeed in most situations the result is very close to that (however ok) of the previous model, but in certain contexts the phone can take advantage of the A15 SoC to better manage the elaboration of the final result.

THE GUARANTEES OF THE 15 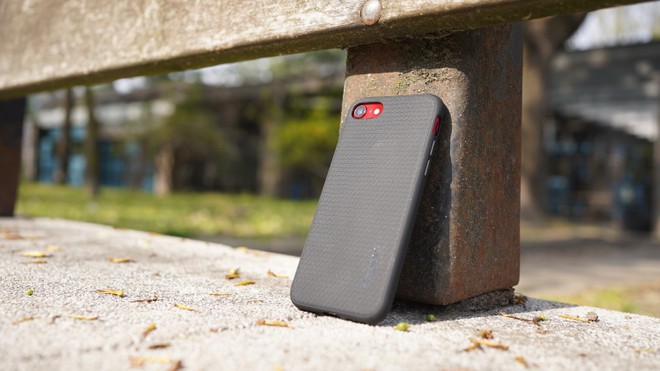 The latest mobile chip from Apple does not offer improvements only from a photographic point of view, of course, but rather gives its best when it comes to pushing the most resource-intensive apps, as in the case of gaming, or offering a smooth, hiccup-free experience with the software we use every day.

Whether you launch Genshin Impact, Call of Duty: Mobile or Marvel: Future Revolution, the result is therefore the same: all the latest titles run beautifully, without delay as they would on the iPhone 13. The problem, if anything, is always linked to the space available for interactions: if you are used to larger screens, like me, you may find yourself a bit off-center by the small surface area with which to interact. And the same goes for very popular apps with several buttons, such as Instagram and Twitter, which are inevitably a little “compressed” on a 4.7-inch, so perhaps they are no longer thought of.

If not for these limitations, the SE 2022 remains a very fast product, able to offer a fluid user experience without uncertainties. Among other things, compared to the past, it guarantees one more substantial battery life: Apple talks about two hours of extra use, certainly you get to the end of the day without problems, even with intense use made up of a few hours of surfing, mail, messages and some games.

Also present 5G and wireless chargingall within a product that weighs 144 grams and which, as mentioned at the beginning, will be strong with a large number of updates and support for several years. 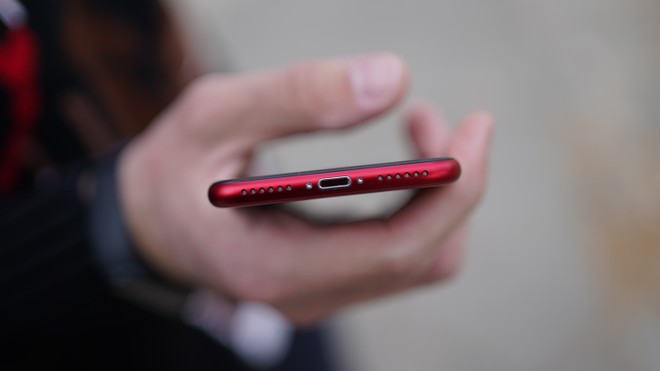 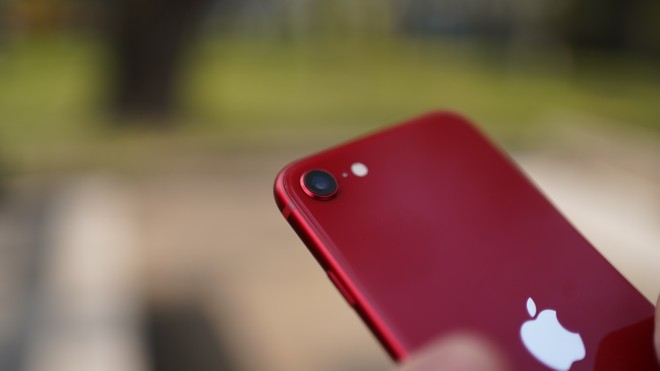 A few days in the company of the iPhone SE 2022 left me with a series of mixed impressions. There’s no question going back to a phone with a more modern form factor and panel either a solution not practicable by most users, to whom the smallest from Apple is hardly recommended.

On the contrary, those arriving from a previous model will find in their hands a product that thanks to the A15 SoC is not only very fast, but guarantees several years of updates and support. The experience compared to the 2020 version is comparable, so the transition from one to the other offers just a handful of improvements, albeit appreciable as in the case of the more performing battery.

Will I be using it again in the next few days and weeks to come? No. And considering the selling price, set at 529 euros for the 64GB version, 579 euros for the 128GB version and 699 euros for the 256GB version, there are also valid alternatives for those who want a small iOS-based product, like the iPhone 12 Mini. However, I do not find it so absurd that the public accustomed to certain functions for years, such as the use of Touch ID, could consider purchasing a product that is basically the only one to offer that kind of experience.

1 week agoAccording to the well-known analyst, the reception of the public would have been cold.

2 weeks agoThree falls, on display, back and frame, and a dive test: here’s how it went.