Let’s go back to dealing with CPU coolers with proof of Noctua NH-D12L, the latest proposal of the Austrian company that is going to expand an already exhaustive catalog, but which, at the same time, does not stand still and tries to evolve also according to market demands. In addition to support for all consumer processors currently on the market, including Intel Alder Lake-S and next generations Intel Raptor Lake (Core 13th gen / LGA 1700) and AMD Zen4 Ryzen 7000 (AM5), the manufacturer’s interest is focused – as in the past – also on the form-factor and on the increasing diffusion of compact systems that embrace standard Micro-ATX and Mini-ITXto be clear, those systems that look to reduce dimensions but at the same time do not want to give up performance.

The new Noctua NH-D12L “low height” moves exactly in this direction, offering the now renowned brand quality paired with an asymmetrical design and small size; in essence we are talking about a double tower heatsink with 120mm fan which, thanks to the aforementioned peculiarities, can replace – in terms of overall dimensions – the less performing models that mount 92mm fans. 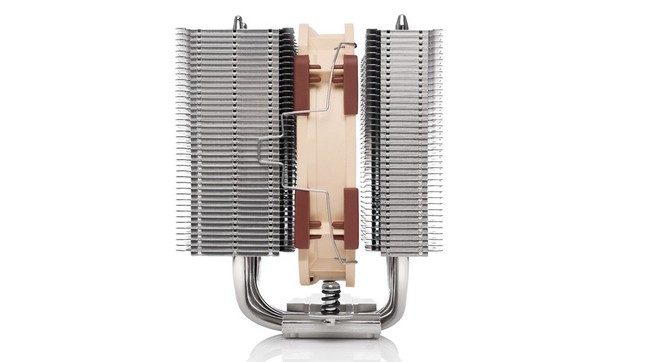 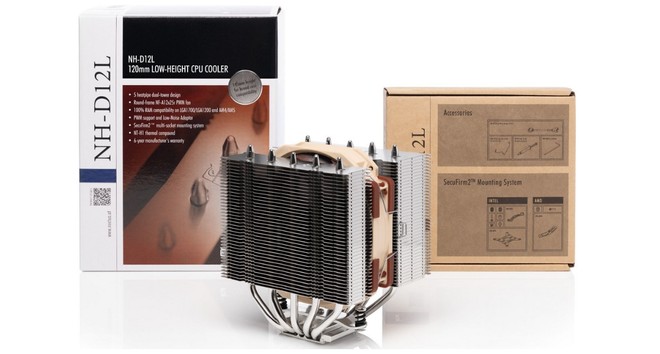 Having already tested several products of the Noctua NH line – last in chronological order the mammoth NH-P1 – we know what the strengths of these heatsinks are, so much so that we could jump directly to the chapter on performance, blindly trusting the data sheet. In the past, the data provided by the manufacturer have always been confirmed by field tests, often returning results even above expectations; as we will see shortly, the “low-height” NH-D12L does not differ in this from its predecessors, but proposing some “precautions” that deserve at least a mention. 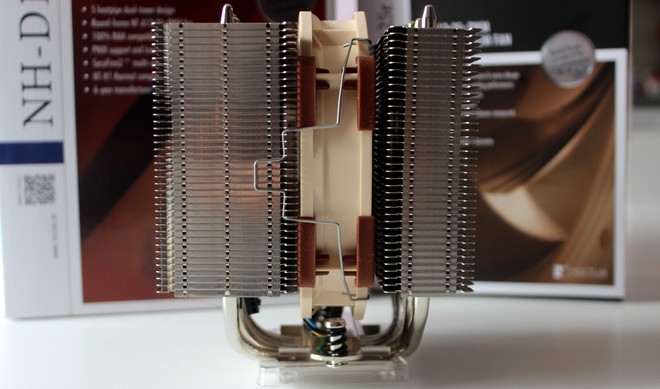 As anticipated above, The Noctua NH-D12L is a dual tower heatsink with a 120mm fan, but definitely “different” compared to other proposals of the same category, not only Noctua, but also of competitors. With a’height of 145mmNH-D12L is 13mm lower than Noctua solutions with 120mm fans in the price list (usually they reach 158mm), a very important feature if we look at installation on particularly compact cases. 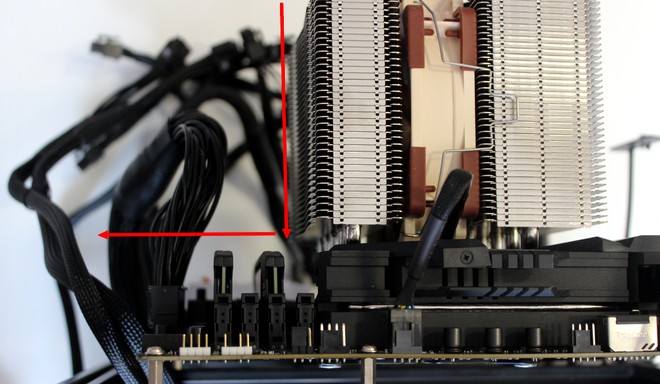 In addition to the small size, which we will now see in detail in the technical specifications sheet, there are at least two other peculiarities of this heatsink that facilitate its integration into compact systems (and not only) with high performance. The first is the asymmetrical design on the internal tower“(photo above) which guarantees compatibility with high-profile RAM kits, the second is the fan used to dissipate the heat, a Noctua NF-A12x25r with reduced frame and circular. 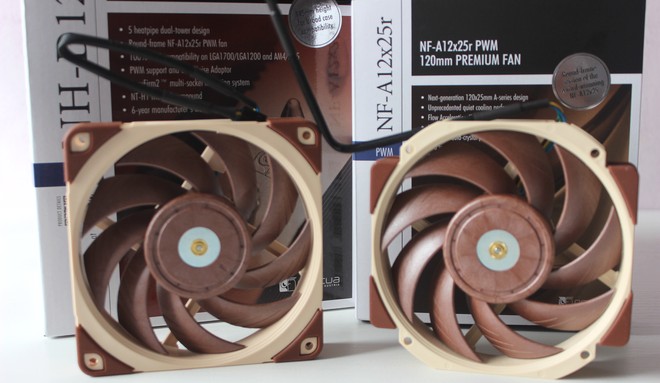 The latter represents an added value of no small importance as we are essentially talking about one reinterpretation (only in design) of the award-winning Noctua NF-A12x25, probably the best 120mm fan currently on the market for this type of heatsink. But let’s see what are the main characteristics of the heatsink (HERE the complete card).

As can be seen from the images, the design, the build quality and the care for the assembly are what Noctua has accustomed us to; the wide copper baseimpeccably crafted, connects to five copper heatpipes (6mm in diameter) and the dissipating body in aluminum, cooled precisely by the 120mm NF-A12xr5r fan; the latter – the only compatible one in the Noctua catalog – offers a rotary speed up to 2,000 RPM with a maximum noise level of 22.6 dBA and a flow rate that reaches 102.1 m³ / h. 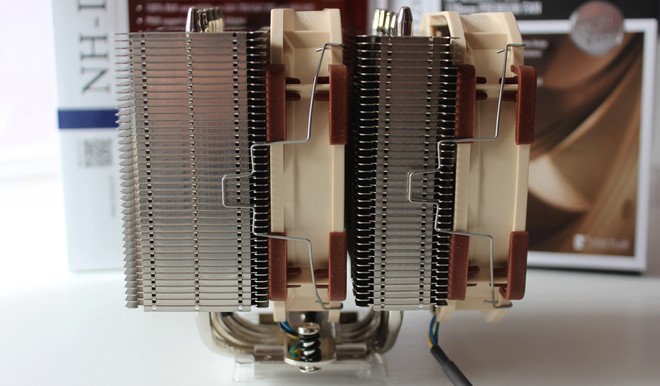 Along with the heatsink, there is also a rich set of accessories: NT-H2 thermoconductive paste, adapter to reduce noise, multi-socket retention kit, screwdriver and everything needed for installation on the motherboard. Like all dual tower coolers, the NH-D12L also supports the dual fan modein this case with a second NF-A12x25r that we punctually used in our test session. 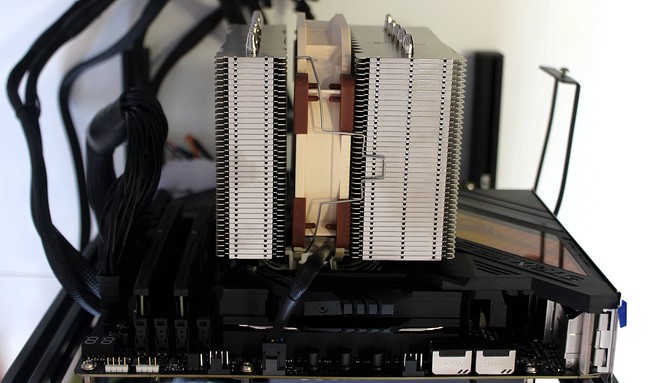 To test the dissipation capabilities of the new Noctua we chose one Intel platformin detail the most recent Alder Lake-S with LGA 1700 socket; the processor used is the Core i7-12700K (Review), not extreme in terms of TDP values ​​(at least by default), but still capable of putting the heatsink on the rope when overclocked. Here is the detail of the hardware / software configuration we used:

As anticipated above, our test includes several test sessions: we will see how NH-D12L behaves with CPU at default and in overclock, with single and double fans. Following instead the test sessions performed and the relative system settings for processor and heatsink.

After a simple and quick installation (excellent retention kit), we moved on to the benchmarks which, at least in this case, do not interest us from the point of view of performance and score, but rather the ability to put stress on the CPU and consequently the heatsink under demanding loads with AVX instructions enabled. Our goal is to verify, in addition to the behavior with the processor at default, how much this heatsink can go when we start to rise with the TDP; in this context we have set a limit beyond which the test will be judged failed, this value corresponds to 95 ° C under stress-test with Prime95, probably the worst scenario that we can recreate for the CPU. 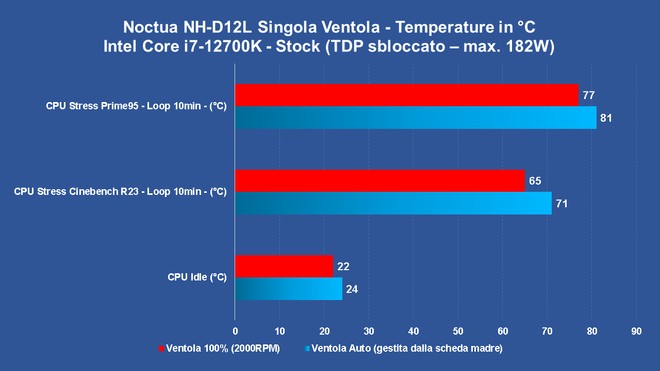 The first test – with Core i7-12700K at default and single NF-A12x25r fan – gave us excellent results, managing to “contain” the processor within 81 ° C. The difference in performance when we change the rotation speed of the fan to 100% is about 4 ° C, while, as we will see later, sending the NF-A12x25r to full speed inevitably leads to a certain increase in noise. 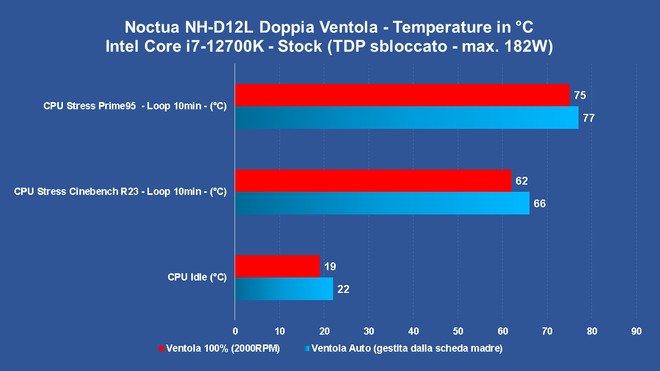 This behavior also occurs when we go to use a dual fan setup, which is why we recommend leaving the management to the motherboard; 75 ° C below Prime95 (auto fans) is in our opinion the best compromise we can get with this configuration. 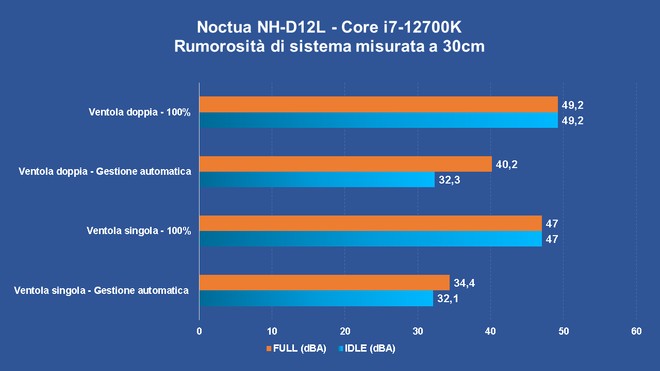 The noise test, measured with a sound level meter at 30cm from the Test bench, confirms once again that the Noctua fan is among the best in terms of performance / noise ratio produced. With factory settings – single fan managed automatically by the BIOS – the NH-D12L is very quiet, certainly thanks to the excellent dissipating capacity of the base / heatpipe which, in essence, allow the fan to never operate at maximum rotation speed ( thus containing the noise). 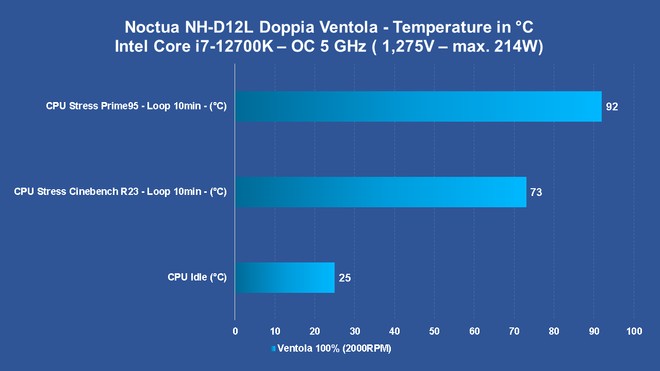 The Noctua NH-D12L demonstrates good performance, however we cannot expect results similar to those we can get with top of the range such as the same NH-D15 chromax.black of the Austrian company; this consideration obviously applies when we look at overclocking or using more “extreme” processors with TDP above 250W (see the Core i9-12900K for example). To recreate a similar, but less extreme scenario, we overclocked the processor with all P-Cores at 5,000 MHz and a BIOS VCORE equal to 1.2750W; with these settings the processor goes from about 182 watts at the factory to 214 watts, putting the heatsink under heavy stress.

In our case, the test with Cinebench R23 was passed without problems, as well as the one in Prime95 which, at the same time, approaches the limit of 95 ° C that we had previously set; let’s be clear, with 92 ° C we are still in the specifications, however remember that our test is conducted on the bench while the installation in the case could instead bring the CPU closer to the threshold of 100 ° C. 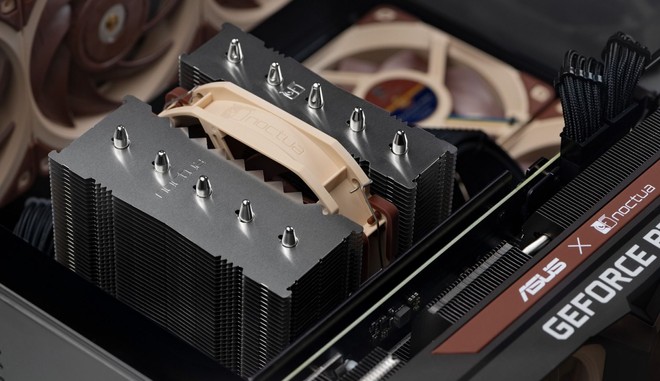 Here we are to sum up this new one Noctua NH-D12L, a CPU cooler that basically did not surprise us, confirming and continuing the excellent tradition of the Austrian company’s NH series products. After having tried it for a few days even in everyday life with demanding and above all continuous workloads, we can say that the performances of the NH-D12L correspond to those declared by Noctua; data in hand, the tests also confirmed what we expected, namely the ability to manage chips with TDP up to 200 watts without particular problems.

What though should be appreciated in this case it is theperformance optimization in relation to size and footprint; with only 145mm in height, the Noctua heatsink can be used in many systems with a reduced form factor, while also maintaining excellent noise levels which, in most cases, can be limited since the dual fan configuration is not decisive (at least not always). 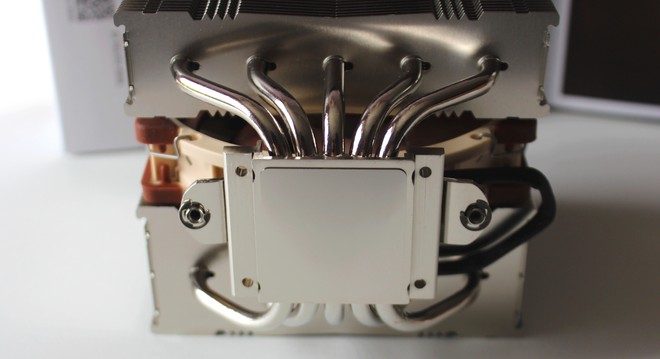 If we look at more thermally demanding processors or at the overclocking of the Core i7-12700K under test – always remaining in the range of 200-215 watts – the NH-D12L can still give excellent satisfactions; the 92 ° C reached on Prime95 represent, as mentioned, the worst possible scenario, while already in Cinebench R23 and especially in gaming the temperatures will be decidedly lower and will allow the user to bring out the potential of the CPU without particular problems.

We close with the price which, as for other Noctua models, is not contained, but in our opinion justified by excellent performance, impeccable quality and, last but not least, a very solid after-sales support. Noctua NH-D12L costs 89 eurosa figure that obviously includes the NF-A12x25r fan which alone would cost 29 euros.