Last October Nintendo introduced the Nintendo Switch Online Add-on Package, proposing an expansion of its subscription service that added emulators and a package of games dedicated to Nintendo 64 And SEGA Mega Driveas well as additional bonuses such as the ability to access downloadable content – normally offered for a fee – without incurring additional costs.

The expansion of the catalog of consoles supported by the service arrived with some criticisms regarding the quality of the emulation – in particular that of Nintendo 64 – and only at the end of February was it finally reached an acceptable result. In addition to the criticisms, however, the arrival of new platforms has made players’ imagination fly towards which one could be the next to land on the service. Several rumors have indicated that the next expansion could be about the world Game Boy and the rumors that have emerged in the last few hours seem to confirm thissince it was discovered the code of the emulators currently being tested at Nintendo. 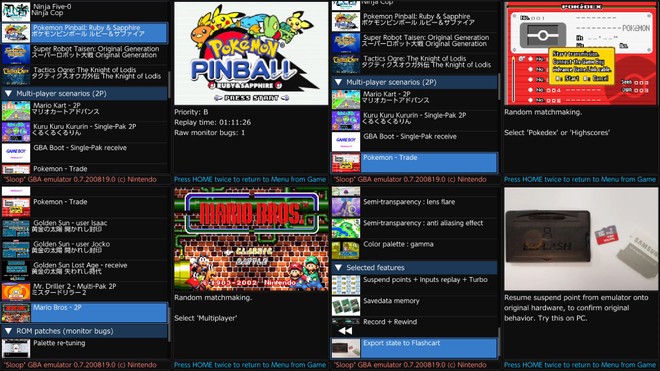 The leak in question comes from 4chanhowever, several pieces of evidence have been published which tend to show that this is not the usual case crap coming from the historic site. According to what was reported, in fact, it emerged the complete code of the Game Boy and Game Boy Advance emulators currently being tested by Nintendomore precisely by the European Research and Development division of the Japanese company which also took care of all the other projects related to emulation.

The emulators in question are called internally Sloop (Game Boy) e Hiyoko (Game Boy Advance) and it seems that the latter is the one in the most advanced stage of development. Inside the compressed archive that contains the files of the leak, in fact, it is possible to find a vast list of GBA games currently being tested which includes 30 titles, including Metroid Fusion and Zero Mission, Mario Kart Super Circuit, the 2 Golden Sun and much more (find a screen in the gallery below).

Otherwise, the Game Boy emulator includes only 4 games (Super Mario Land, The Legend of Zelda: Link’s Awakening, Qix and Tetris), confirming that it is a project in the development stage further back than the one for GBA. Despite this, the presence of a system capable of emulate the exchange functions via cable and re-propose it in online mode within the NSO infrastructurein order to maintain any multiplayer modes (we think for example of Pokémon, but not only) of the titles that will be added from time to time.

Always in relation to the multi player issue, there is also the presence of a mysterious ROM called Pokémon Trade within the GBA game park. It is not clear whether this is a program used to test the emulation of the multi player compartment of the emulator (it could be a game that only extrapolates the swap functionality and therefore allows you to test it easily) or some sort of bridge between the GBA and Pokémon Home versions, but this is not important at the moment.

In short, it seems that Nintendo is preparing to bring the Game Boy and Game Boy Advance games to NSO, thus going to enrich the backward compatibility of Switch with other very popular platforms. Obviously there are no timelines regarding the eventual launch of the new consoles, but it is unlikely that this will happen without a Direct or other important event.