The sun sets and gives way to the moon, stars and artificial lights: the evening hours are the realm of night photography but, while with a reflex it is not difficult to obtain high-impact images in these conditions, the same cannot be said of smartphones.

If the photos taken during the day are generally quite good thanks to the good lighting conditions, it is in fact with the setting of the sun that the challenge becomes difficult, digging a furrow between mid-range and low-end smartphones and high-end ones.

However, there are some precautions that you can take to improve your shots in the moonlight: here are some of them, which we tried to put into practice in the field with a Realme 9 Pro Plus, of which we had already appreciated the quality of the photographic sector in our review thanks to the presence of an optical stabilization, which is unusual for the range to which it belongs. . 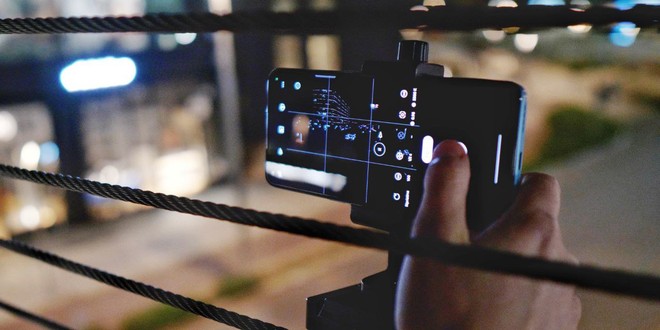 The word photography comes from ancient Greek and literally means writing with light: you understand well then that the biggest stumbling block of night photography is precisely the fact that there is little lightand therefore you have to adopt some stratagem to manage it better.

This is especially true for smartphones, where it is regulated by two parameters: the ISO sensitivity of the sensor, i.e. how sensitive it is to light, and the exposure time, i.e. how long the sensor must remain on. It all depends on how you play with these two parameters, and you have to be careful: if you raise the ISO too much, for example, the photo will be noisy, while if you take too long the shutter speed will be moved.

In this regard then the first starting point for an effective night photo could be to take advantage of the long exposure to capture a moving scene, for example the headlights of cars taken from an overpass. To take this type of night photo you have to act on the exposure times, taking them to two, three, four seconds depending on the scenario, and then keep very still for as long as necessary – this is possible on smartphones that have a PRO functionality in the camera app, such as the Realme.

Some examples of long exposure with car stops and light painting

However, care must be taken that the rest is not too brightotherwise the result will be an overexposed photo due to the other light sources other than the headlights. For example, in Piazza Gae Aulenti in Milan, where we made the first attempt, there was too much lighting and so we turned back to some secondary street, a little darker, to obtain the desired effect.

The same principle is used for light painting: find a room as dark as possible, lower the ISO to a minimum, set long exposure times and equip yourself with a small light source, be it a lighter or a led light, to draw shapes in the dark. The result is also instagrammable.

2. STAY AS STILL AS POSSIBLE (OR GET THE RIGHT ACCESSORY) 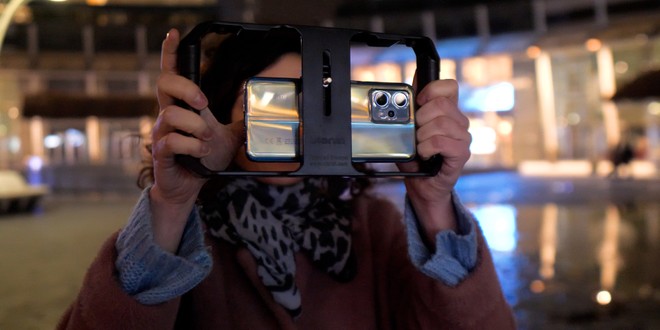 To be able to obtain good results it is essential to have a steady hand, and in some cases to have the right accessories: this is the second tip.

If you decide to shoot handheld, keep in mind that the smartphone does not have the ideal ergonomics to be held in the hand for a long time like cameras. So make sure to hold it as firmly as possible, with two hands, forming a 90 ° angle with the elbows and legs apart, planted firmly on the ground.

To make a difference in this case on mid-range phones more than the number of megapixels is the optical stabilization, which also lends a hand on the video sidemaking shooting smoother even when for example you are walking, as can also be seen from the clips shot at night between fountains and merry-go-rounds.

Returning to the photos, alternatively you can lean on somewhere, or equip yourself with a photographic tripod to which you can add a smartphone holderas we did, or a classic gorillapod that can be placed on a large number of surfaces, including irregular ones such as rocks. 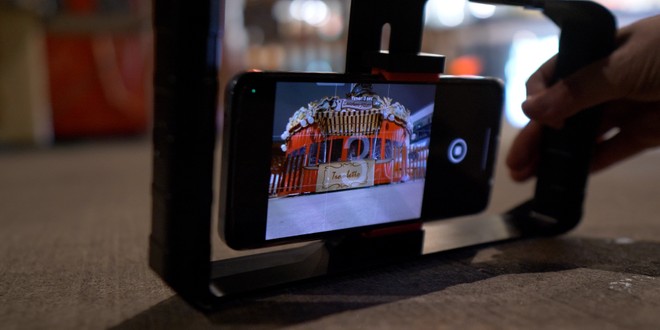 The third tip is always about stability, and it’s about use a cable release or a remote control or, much more simply, the self-timer: serves to prevent the optical system from being moved by the pressure of our finger on the shutter button, creating a blur effect. It seems like a minimal trick, yet the difference is there and it shows.

Likewise, avoid touching the display to change the focus on this or that subject and consequently exposure, because automatic adjustments are generally much more efficient and prevent you from burning or underexposing certain parts of the image. 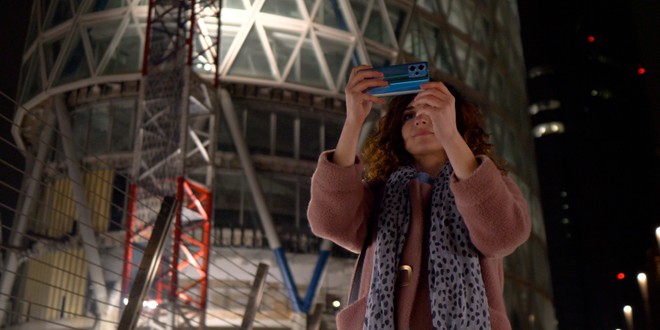 Fundamental, and in fact it is the fourth point, is the choice of the subject to be photographed. This because first of all you need to be aware of the medium: the smartphone, although it may be developed with attention to the photographic side, it still remains distant from a camera also for dimensional and hardware issues.

Unlike cameras, which have very different spaces available, smartphones have a sensor as small as a fingernail and this implies a conscious choice of the subject, because there are physical limits beyond which it is not possible to go.

For example, a night photo of a monument, or an illuminated square they can guarantee a good result; the same cannot be said if you try to immortalize a country church in complete darkness. Smartphones are not SLRs.

5. CREATIVITY FOR THE NIGHT PORTRAIT 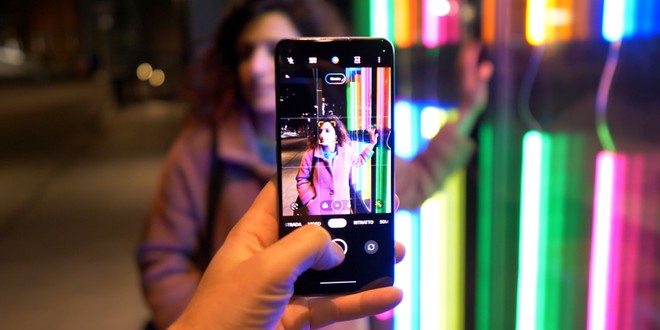 The list closes with some advice for nocturnal portraits: to photograph people in low light conditions you have to make different considerations compared to those seen previously because long exposures cannot be used, as the subject will tend to move even if it is posing.

So it is necessary to use shutter speeds that allow you to avoid even involuntary movement of the bodyraise the ISO a little but not too much and above all use the available light as much as possible, such as that of street lamps, neon lights or shop windows.

Unless the subject is very close, it is still a good practice to avoid using the flash, which could end up being counterproductive because it cannot illuminate large and distant scenes and would also risk burning the closest elements. Rather you can bring a portable led light and let your creativity run wild: it can be used to illuminate the subject, but also to create suggestive plays of light for the backgrounds as we tried to do. Have a look at the result in the gallery and in the video below.