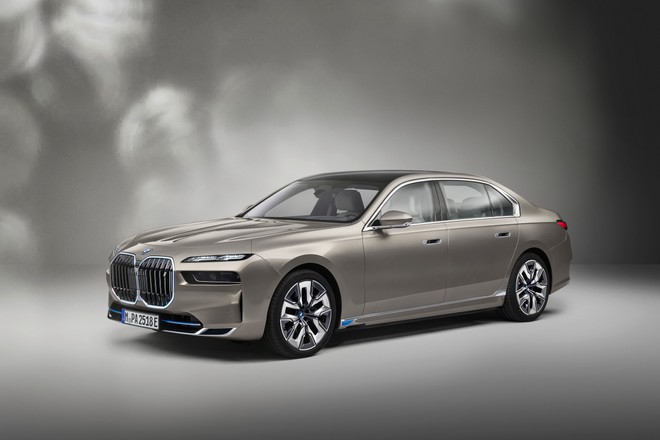 BMW debuted the new generation of the 7 Series, its flagship. A model that radically changes from the past and not just in terms of design. In Europein fact, it will initially debut only the electric version i7. In the United States, China and other selected countries, in addition to electric, two models will be offered equipped with a gasoline engine with mild hybrid technology. But the new 7 Series will also be offered in a Plug-in version but only from the beginning of 2023.

There will also be an M variant equipped with a 6-cylinder Plug-in. A mild hybrid diesel engine will also be marketed in Europe. And speaking of the electric i7, over time several variants will be launched including the more performing BMW i7 M70 xDrive. The market debut is expected for November. Prices for the Italian market have not yet been disclosed.

The new BMW 7 Series will be built at the Dingolfing plant. The powertrain and batteries for the i7 will also be produced on this site. 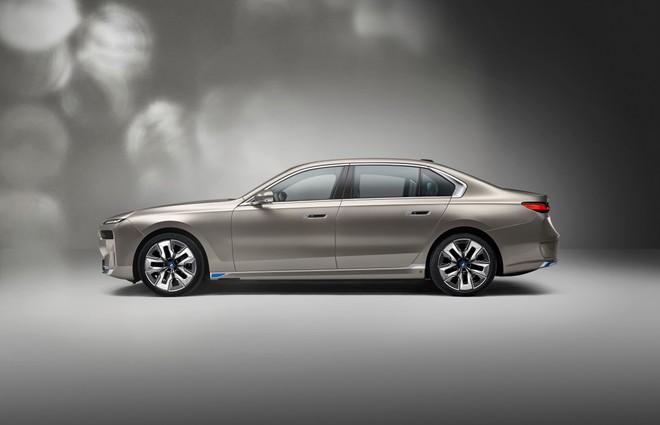 BMW wanted to propose a breakthrough style for the new 7 Series. Some elements of its look were already expected as we had the opportunity to see this car several times during development tests, even if the bodywork appeared camouflaged. Frontally stands out the new double kidney, larger than the past and stretched downwards that will surely make people argue. An expected element, as well as the new split headlights already seen within the restyling of the BMW X7.

Above we find the position lights, while below the low and high beams. The maxi double kidney can be illuminated thanks to the Iconic Glow function. The M models will be able to count on a slightly more sporty look. In addition to a series of dedicated aerodynamic details, they will be characterized by the visible tailpipes (endothermic models).

The side has a fairly “classic” look, while behind we can see the very subtle design of the new optical groups. The electric i7 model will be recognizable for some specific elements such as the closed grille and blue details. The new BMW 7 Series measures 5,391 mm long x 1,950 mm wide x 1,544 mm high, with a wheelbase of 3,215 mm. Compared to the past, there is no version with a longer wheelbase. The load capacity is 540 liters, 500 liters for the electric version.

The cockpit offers a lot of luxury but also a lot of technology. Getting in and out of the car is made much easier thanks to the possibility of having automatic doors. The dashboard is dominated by a large panel inside which we find the 12.3-inch display of the instrumentation and the 14.9-inch display of the infotainment system. The platform is the well-known iDrive 8 and there is support for the 5G connectivity.

The BMW 7 Series also makes its debut BMW Interaction Bar. It is a backlit strip that extends from one door to the other and has touch surfaces that can be customized through the MyModes function. And as a teaser had anticipated, the new flagship offers rear passengers a 31-inch maxi screen with resolution up to 8K called BMW Theater Screen.

Thanks to the integration with Amazon Fire TV it will be possible to access a series of streaming contents as well as start real games. The audio is guaranteed by a Bowers & Wilkins 4D system with 36 speakers. Obviously, there are ample possibilities for customization as regards the interior finishes. In terms of comfort, rear passengers can have reclining seats with Executive Lounge footrests.

BMW I7: ENGINES AND AUTONOMY 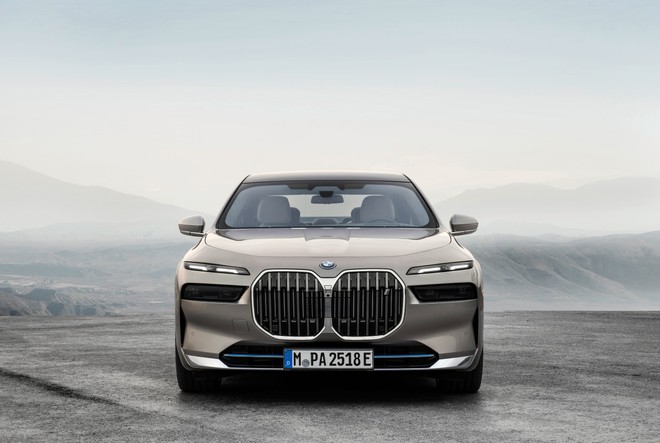 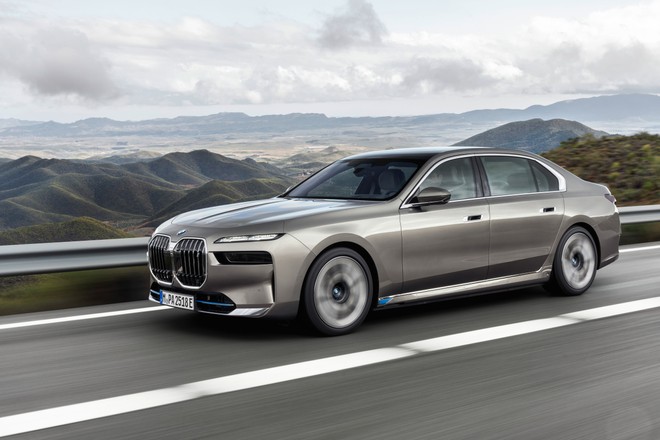 BMW has announced an entire range of internal combustion engines for its new 7 Series, equipped with Mild Hybrid or Plug-in technologies. For the European market will come the BMW 740d xDrive featuring a 210 kW (286 PS) Mild Hybrid 3-liter 6-cylinder diesel with 650 Nm of torque. Top speed of 250 km / h (electronically limited) and 0-100 km / h in 6.3 seconds. It should arrive in the spring of 2023. 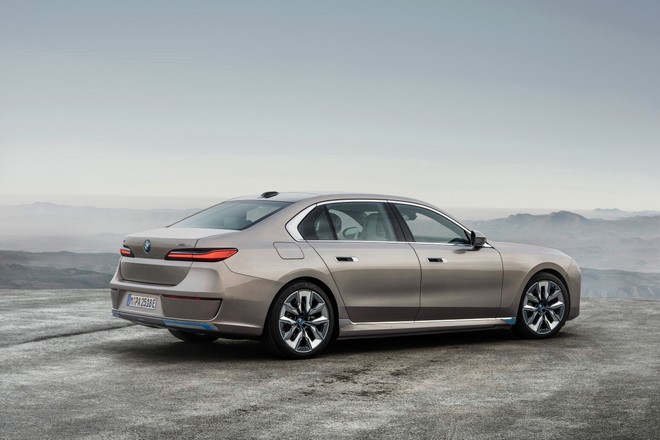 The new BMW 7 Series also features advanced ADAS systems. In particular, the German brand has highlighted that its flagship is ready for the Level 3 of assisted driving. Feature that will be made available in the future through OTA updates. At the hardware level, however, everything is ready.

For the moment, the flagship will be able to count on Level 2 ADAS (here we explain the different levels of autonomous driving).