Last Christmas NASA had one more reason to celebrate: December 25, 2021 was in fact the day of the launch of the James Webb space telescopethe heir of dear old Hubble, who has been experiencing some difficulties lately, but in the meantime while his successor is finalizing the procedures to become fully operational he continues to bring us important news from the sidereal depths.

The space race, after the post-war explosion and the competition between the US and the Soviet Union during the Cold War, had become more sluggish. But lately, thanks also to the impulse given by the emergence of private realities such as SpaceX by Elon Musk and Blue Origins by Jeff Bezos, curiosity has rekindled and funding has started to circulate again.

The James Webb Telescope proved to be one of the most expensive projects ever for NASA: its construction took well 24 years of workand on the whole it took me to finish itthe 9.7 billion dollars. However, not all of them came from NASA, whose contribution is by far the most important, with 8.8 billion dollars: the ESA (European Space Agency) has paid out 754 million dollars for the construction of four telescope instruments. , and the Canadian Space Agency also made its contribution of $ 158 million.

NASA’s initial estimates were very different, and decidedly more optimistic: initially the launch was scheduled for 2014, 7 years ahead of the actual one, and the cost should have been around 5 billion dollars. But then the technological evolution, the problems encountered and other factors that are difficult to predict with precision required much more time and money to complete the construction of the telescope and its putting into orbit.

Furthermore, the shopping is not over yet: the budget to ensure the operation of the telescope in the next 5 years in fact of 861 million dollars. And so, adjusted for inflation, the total bill is ultimately expected to come to about 10.8 billion dollars. 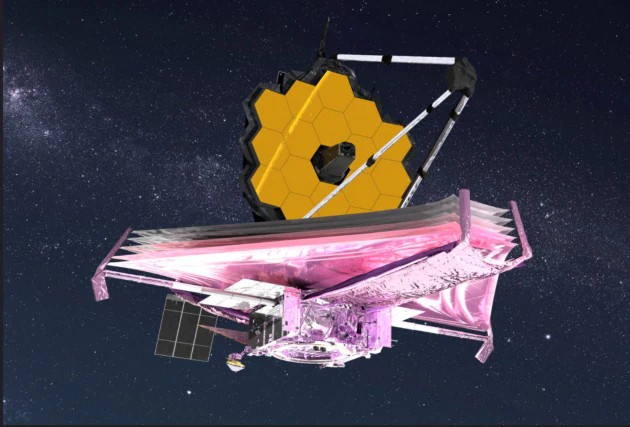 In general, NASA projects are expensive, and to carry them out there is always the need to deal with the political opposition that would like to allocate the requested funds to more earthly areas. For example, for 2021, the US space agency had made a request for 25.2 billion dollars, but was granted only 23.3 billion.

As demonstrated by Hubble in his 30 years of honored cosmic career, economic endeavors such as that lavished on the James Webb Telescope – which 100 times more powerful than Hubble – are then repaid over the years and also with interest, allowing us to make fundamental discoveries for the advancement of physics, astrophysics, astrobiology and many other fields, and to increase our understanding of the universe and its mysteries.