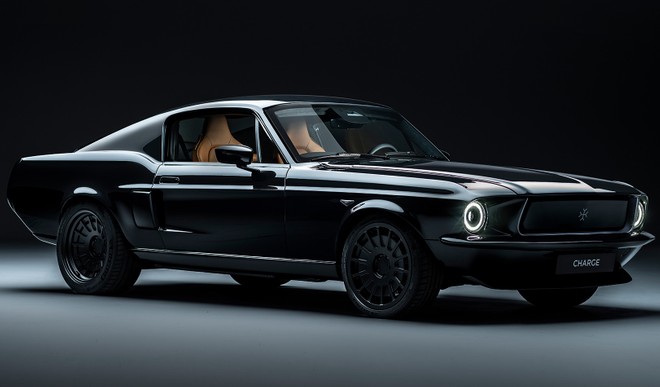 Electric restomods are becoming more and more fashionable. A very special and exclusive example (especially in terms of price) comes from the startup Charge Cars which presented the definitive version of the Mustang by Charge. Let’s talk about a restomod based on the 1967 Ford Mustang Fastback (bodies made under official Ford license are used) which has been transformed into a 100% electric car thanks to the collaboration with Arrival which provided all the major elements of the powertrain.

This project actually started a long time ago as this British company unveiled its plans for an electric Mustang in 2018. It took some time but, in the end, the car is ready to be produced. On the company’s website it can be read that the plans foresee to come to realize a limited series of 499 cars. The price? Really within the reach of a few enthusiasts / collectors since it starts at 350,000 pounds which, at the exchange rate, make just over 418,000 euros. Cost that can go up further if you intend to customize it.

For some, offering an electric Ford Mustang Fastback from the 1960s could be a “sacrilege”. However, the result is really interesting and, according to what has been declared, the performances are like a true sports car.

Aesthetically, the look remains practically unchanged compared to that of the past model. Few of the details have been changed, including the headlights which now feature LED technology. In addition, the closed grille stands out due to the absence of the internal combustion engine and the Charge Cars logo instead of the original Mustang.

The cockpit was, however, revised to make it much more current. We find, in fact, the digital instrumentation and an infotainment with a vertical screen very similar to that present on the Mustang Mach-E. Obviously, we do not find the gear lever. In addition, sports seats upholstered in leather stand out. Speaking, however, of the powertrain (2 electric motors), the company only says that it is able to offer one peak power of 400 kW with a torque of 1,500 Nm.

The performance is really interesting as it takes 3.9 seconds to go from 0 to 60 miles per hour (96 km / h). The battery has one capacity of 64 kWh and is able, according to what has been declared, to offer a range of up to 200 miles, that is about 322 km. The battery also supports direct current charging up to a maximum power of 50 kW.