For Lotus begins a new page in its history. The British car manufacturer has, in fact, officially presented the Lotus Eletre, its first electric SUV. It is a model that we have often talked about in recent months between teasers and spy photos. Finally, we have the opportunity to discover all its features. Lotus has decided to enter the SUV segment with a very high performance model able to offer a lot of innovation with refined technical solutions.

Prices have not yet been formalized. To see it on the road, however, we will have to wait a little longer. In fact, production within a new factory in China will only start towards the end of the year. The first deliveries are expected in 2023. 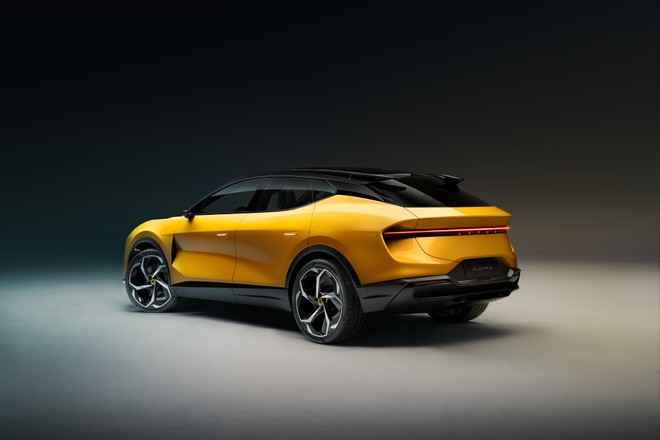 Lotus Eletre measure 5,103 mm long x 2,135 mm wide x 1,630 mm high, with a wheelbase of 3,019 mm. The new SUV, indeed, the new Hyper-SUV as Lotus calls it, it was designed with a lot of attention to aerodynamics. As had already emerged in the past from an old teaser, the car can count on active aerodynamics with some choices inherited from the Emira and Evija. For example, the position of the shutter and spoiler automatically adjusts for optimal aerodynamics, thereby improving range, speed and maneuverability.

The SUV is characterized by having a large wheelbase and very short overhangs. The front, where the optical groups with a very thin design stand out, appears muscular. The extreme care of the aerodynamics of the front is also striking, where there is an active grille that opens and closes to let the air flow towards the engines, brakes and battery. Lotus Eletre can also count on 23-inch wheels. The braking system is of the carbon ceramic type.

Always with the aim of optimizing aerodynamics, the electric SUV it does not have the traditional exterior mirrors but of cameras that project images on displays inside the passenger compartment. Curiosity, on the external support there are two other cameras that are used for the driving assistance system and for the 360-degree vision system used for parking. Behind, however, stands the LED bar that crosses the entire tailgate.

Moving on to the interior, Lotus really wanted to offer the best in technology. There is no classic dashboard but a screen just 3 centimeters high with horizontal development which is also available for the front passenger. Screen through which the driver can find essential information about the car. The passenger, on the other hand, will have access to information related to entertainment. In any case, the driver will also have access to a sophisticated augmented reality Head-Up Display. In addition, the car also features a large 15.1-inch OLED center screen for infotainment equipped with 5G connectivity and support for OTA updates.

The passenger compartment is offered in 4 or 5 seat configurations. Also behind it will be possible to have a display from which to access multimedia content. For the interior, Lotus wanted to use sustainable materials. As standard we find the KEF Premium audio system with 15 speakers and 1,380 Watts. 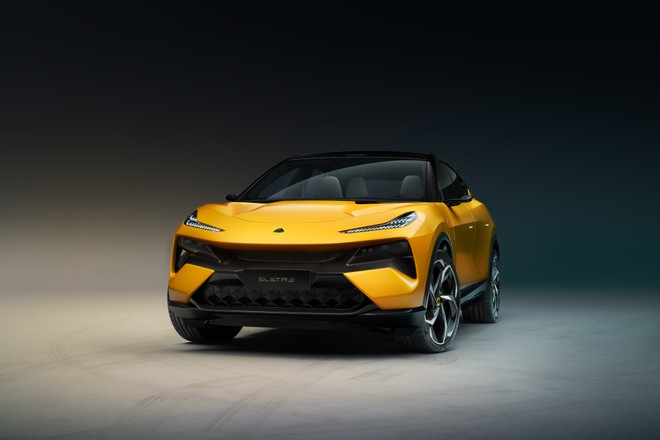 The new Lotus Eletre rests on the new Electric Premium Platform which will also be used for other models of the new electric range of the English brand. Platform that will remain a Lotus exclusive and will not be used by other Geely Group cars.

Speaking of the powertrain, we have a two-engine scheme. So, this means that all-wheel drive is present. Lotus says its new SUV can count on one total power of about 450 kW (612 hp). Therefore, the performance will be very high. Indeed, we are talking about 260 km / h of maximum speed it is accelerated from 0 to 100 km / h in just 2.95 seconds.

The powertrain is powered by a battery of over 100 kWh able to offer an autonomy of about 600 km according to the WLTP cycle. Thanks to the support for the 800 V architecture, from the 350 kW direct current columns it is possible to recover 400 km in about 20 minutes. In alternating current, on the other hand, the SUV can recharge up to a power of 22 kW.

And speaking of ADAS systems, the new Lotus Eletre has LiDAR sensors which will allow it to offer advanced assisted driving solutions in the future that will come through OTA updates. For the time being, the SUV features, among other things, adaptive cruise control, collision warning and automatic emergency braking.