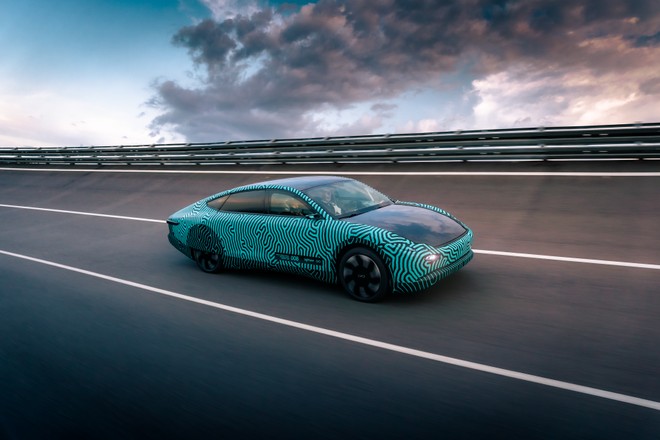 The development of the Lightyear One continues, a car we have talked about several times and which is characterized by being able to be recharged even with the Sun thanks to the presence of solar panels on the roof and hood. In the last few days, the company has provided an interesting update on the development work it is carrying out and which highlights the great efficiency that this car will have at its disposal.

Recently, the electric car was taken to Bridgestone’s European Proving Ground (EUPG) in Aprilia, Italy, where it underwent several tests including those of “high speed” efficiency.

It is not the first time that the Lightyear One has undergone similar tests. In July 2021, on a test track in Germany (Aldenhoven Testing Center), she managed to cover a distance of 710 km at an average speed of about 85 km / h.

For the company, testing the car in real conditions is very important. There are several parameters that can affect the performance of an electric such as weather conditions. On the Aprilia track, the speed was raised to 130 km / h. Furthermore, the test was carried out with a ambient temperature of about 10 degrees. As we know, low temperatures can greatly affect the efficiency of an electric car.

The result obtained was very interesting. At that speed and in a low temperature, the Lightyear One recorded a consumption of 141 Wh / km. It is therefore a very low value which highlights the great efficiency of the car. This means that in such conditions, the car is capable of delivering an autonomy of more than 400 km. Recall, that the battery has one capacity of 60 kWh. The manufacturer is keen to underline that the test was carried out with two people on board and with a “luggage” of 20 kg, to simulate real driving conditions in the best possible way. Furthermore, no attempts were made to carry out the tests on sunny days to make the most of the presence of solar panels.

The company’s goal is to achieve the most efficient electricity on the market and on the strength of these results, it believes it is on track to achieve this goal. The trials and development tests will continue in the coming months. The manufacturer aims to put the Lightyear One on the road for summer 2022. The car will be built in 946 units at a cost of 150 thousand euros (excluding taxes).

As we know, the company is already looking to the future. Between 2024 and 2025 the Lightyear Two will arrive which will exploit the technologies developed on the One but which will be offered on the market at a starting price of around 30 thousand euros.