Last year Konami tried to completely overturn his historic football title by launching eFootball 2022 e sanctioning the end – at least for the moment – of the much more famous series PES. About 6 months after the game’s debut, which took place in disastrous conditions, eFootball has now completely disappeared from the radar, not so much in terms of communications relating to the title itself – which has been in a state of neglect for several months – as much as for the total lack of interest on the part of the players in Konami’s proposal.

THE HEIR OF PES?

The latest rumors that emerged from the European Intellectual Property Office (EUIPO) let us understand that even the Japanese company may have by now accepted the situation and that he is already running for cover with one Entirely new IP. In fact, from the database of the institution it emerged that just a few days ago (11 March), Konami has filed the name Pro Powerful Soccerby registering it within the categories that connect it directly to the world of video games, namely 9 and 41, which concern gaming and online software and services respectively.

Interesting to see how in the name there is no reference to eFootballa brand that until a few months ago Konami had considered much more powerful of the most famous Pro Evolution Soccer, choosing to bet everything on the first, at the expense of the second. PPS, on the other hand, aims to restore partially the old PES – at least in the name -, going to erase every legacy of the failure to which eFootball is now indelibly associated. 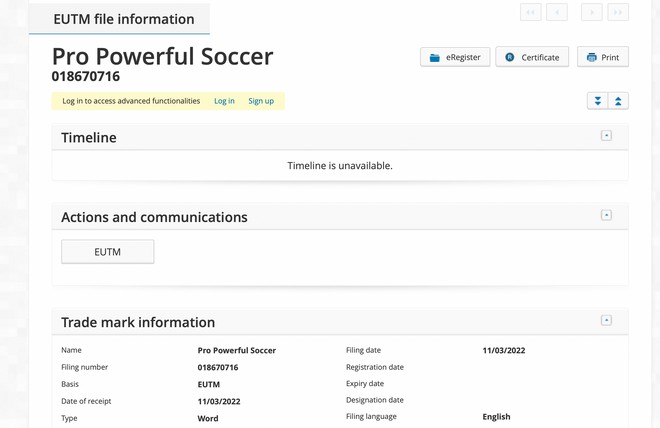 At the moment there are no indications other than the simple namehowever it is clear that Konami wants to move on as soon as possible to restart with a new gaming experience able to bring it back to the center of the videogame football scene, especially after leaving free field to FIFA 22 throughout the season.

Although therefore there is still no official confirmation from the Japanese house, we can already imagine that Pro Powerful Soccer will not completely eliminate the work done with eFootball, however, proposing the same basic concept, that is a football platform mainly online and able to update itself with the passing of the seasons.

Konami, however, will have to be careful not to make the same mistakes again, that is to completely distort the single player experience and aim for a completely revised technical sector; with eFootball there was talk of an approach to photorealism, but the reality of the facts showed us a disaster bordering on horror. Meanwhile, eFootball 2022 is still waiting to receive the 1.0 patch that Konami has planned for springwhile the details regarding the mobile version of the game have completely disappeared.