There iPhone 14 range back in the spotlight with the diffusion of photo showing the molds probably used to make the cases dedicated to the future smartphones of the Cupertino house. The material from the Asian market is useful for establishing how the iPhone 14 line will be structured, what will be some of the distinctive features of the products that compose it, and what the dimensional relationships between the various models.

First (further) confirmation: as pointed out by other rumors, there will be no iPhone 14 mini, but variants with 6.1 “and 6.7” screens only. More specifically: 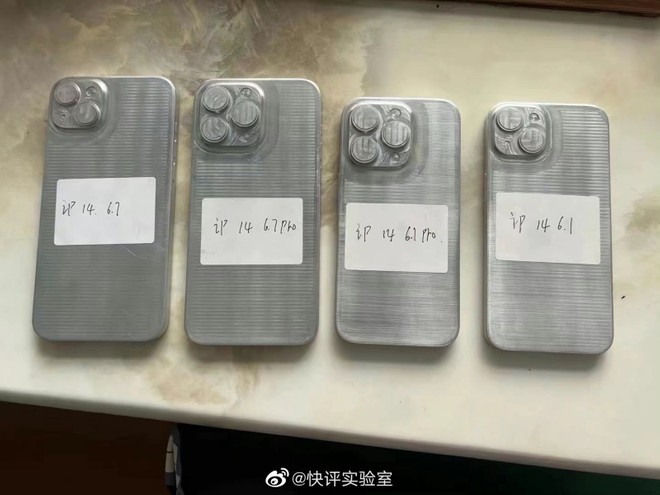 Another noteworthy aspect concerns the composition of the rear camera modules: the three objectives will be the prerogative of the Pros, while the non-Pro iPhone 14s will continue to employ a dual lens. Compared to the iPhone 13 does not change the positioning of the objectives and the thickness of the modules which appears not to be negligible – according to previous rumors the module of the Pro models will grow both in height and width, and in depth.

The photo only suggests what the rear of the new iPhone 14 could look like – and everything goes in the direction of marked continuity with the design of the iPhone 13 (see also the rather squared edges) – while it does not show the front one on which they should focus. the most evident innovations compared to the current generation with the abandonment of the notch in the Pro models, replaced by a double hole solution.

Given that the molds only give an approximate idea of ​​the design, the indications that emerge do not contain many surprises, since in fact they coincide with those spread by the previous rumors on the iPhone 14. The appointment with the presentation of the new range of iPhone phones remains generically fixed after the summer, approximately in September.