We continue to update you on the news coming from the red planet with a new special of the series “Updates from Mars”, since now the two most recent NASA vehicles, Perseverance and Ingenuity, are on the slopes of the ancient river delta and the second scientific campaign called “Delta Front” has come alive. There are important developments compared to what I told you last week and if on the one hand we have the rover, the main vehicle equipped with all the necessary equipment to carry out the first analyzes on site, on the other hand there is Ingenuity, whose support in reconnaissance phase is proving to be extremely valuable even if in recent days it has made the NASA technicians engaged in its control sweat.

But before proceeding, we remind those who have not read the two previous specials that they can update themselves from the links below, thus enjoying a real storyline on what happened in April. But the new month is bringing with it some substantial news that I want to share with you and not all of them are positive.

The river delta, or at least what remains of the hill of sediment carried by water over 4 billion years ago, stands a few meters away from NASA’s Perseverance rover, the one closest to the scientifically “hot” area, and as I had anticipated last week, the area located in the immediate vicinity of the slopes of this formation (up to 40 meters high at the highest points) is being explored.

This can be seen very well from the real-time map, which highlights how the rover has approached further to the delta after a first wider pass, carried out with the specific aim of finding new targets among the visible rock formations. Here is the map in real time, after which I will provide you with further details on what has happened in the last few days.

The collection of Martian samples to bring back to Earth remains one of the main objectives of the Perseverance mission, but among all the areas that the rover will visit, one is considered a priority for the purpose and is precisely that of the ancient river delta, specifically the western part compared to Perseverance. The idea circulates among NASA scientists that the examination of deltaic rocks will be fundamental to understand if Mars has really gone through a phase of potential habitability, even if only by simple or single-celled organisms. For now the collected samples are 8 and some failures aside, the usable tubes in total will be 43.

A few days ago the rover passed through an area called “Enchanted Lake”, where it was hoped to collect a first sample, or at least to evaluate the opportunity to do so. The rocks at this site have quite interesting geological features, however after a thorough evaluation the team decided to give up for the moment. The data collected at Enchanted Lake will instead be used to enrich the ongoing study on the delta and the space agency does not rule out returning to the area in the future.

As can also be seen from the map posted above, the rover is now headed east towards an area called “Hawksbill Gap”, also considered promising for eventual sampling. During the crossing along the front of the delta, Perseverance will continue to collect geological information with the aim of distinguishing the bottom of the crater from the first rocks derived from the sediments of the delta. As anticipated in the past few weeks in the two previous special stages, the next phase foresees that Perseverance attempts to climb the delta as soon as the optimal route is established, but it is very likely that this event will be anticipated by the collection of other samples. It must be said that the lack of coring in the Enchanted Lake area may also have been nullified by the need to solve a more stringent problem related to Ingenuity, more details to follow. 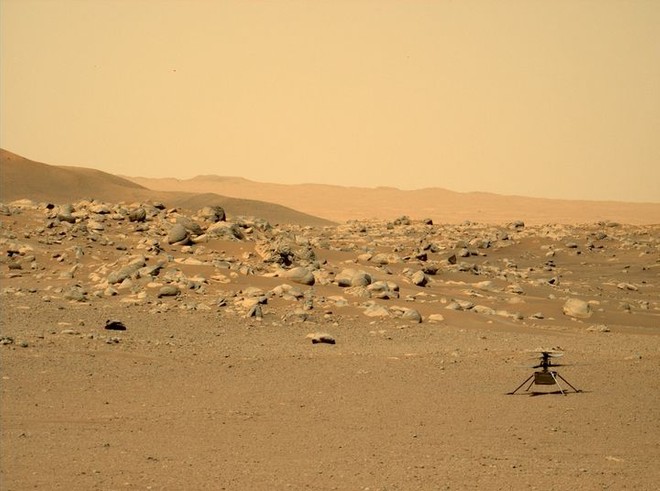 For ingenuity they were very special and risky days in some ways, but luckily everything has been resolved in the best way and the little Martian helicopter is now in excellent health, or almost … But let’s go step by step and start with the interesting discovery carried out during flight number 27, during which the aircraft provided scientists with an aerial perspective of an interesting rocky outcrop.

The intriguing ridge line is located near the ancient river delta in Jezero Crater, and the helicopter control engineering team wanted to take a closer look to confirm or refute their suspicions. The crest, which the scientific team calls “Fortun Ridge”, has proved to be a geological feature of particular interest since the orbital data collected by the MRO, and those immortalized at a distance by the Perseverance cams, indicate that the formation delimits the boundary between the two main rock units at the bottom of the Jezero crater. The detail can best be seen in this image which emphasizes a detail of the ridge. 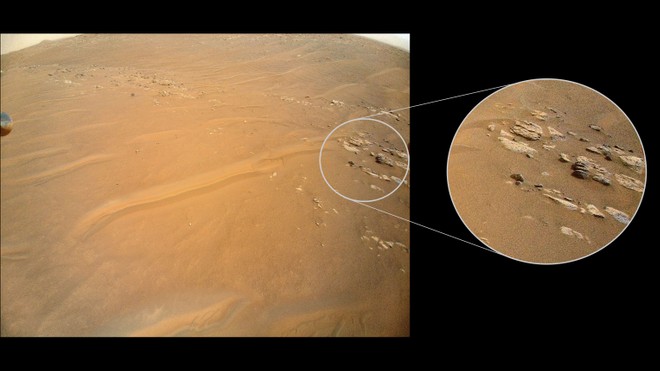 The stratified rock formation appears clearly inclined and according to geologists this is a rarity due to the characteristics of Mars, since unlike what happens on Earth, where plate tectonics and earthquakes can be the main cause of similar formations, here the phenomenon it may have a very different story behind it. But the science team wants to compare the images of Flight 27 with those previously collected at the sloping ridge nicknamed “Artuby” in the “South Séítah” region of the crater. The goal always remains the same, that is to better understand the history of the crater and the evolution resulting from billions of years of erosion and climatic and geological changes.

After these observations, Ingenuity also completed flight number 28, covering a distance of 418 meters on April 29th. So far so good, as the Martian helicopter flew smoothly for about 152 seconds at a maximum altitude of 10 meters and a speed of 3.6 meters per second. However a problem arose in the days to follow, when contacts between Ingenuity and Perseverance have been lost during a scheduled communication session. It had never happened in over a year of business and for a moment the worst was risked.

The interruption of communications took place on May 3, but fortunately two days later, contacts were re-established and NASA began to investigate the causes, immediately formulating the first hypothesis. According to the analysis of the data, the interruption of the contacts would have occurred following the entry into a low power state of the helicopter, as a consequence of the Sun’s lower ability to recharge its battery with the integrated solar panel. Why did all this happen?

Apparently, a series of contributing causes could have occurred, primarily linked to the increase in dust in the atmosphere, capable of inhibiting the amount of incoming light, and to the more basic temperatures associated with the approach of winter. NASA has equipped Ingenuity with a series of software-level safeties aimed at extending the life of its components, so when the state of charge has dropped below a certain limit, the helicopter’s programmable array gate (FPGA) is been turned off automatically. This element manages the available power, giving precedence to the heaters that, in extreme cases like this, they allow you to maintain the operating temperatures necessary for the operation of batteries and other sensitive components. 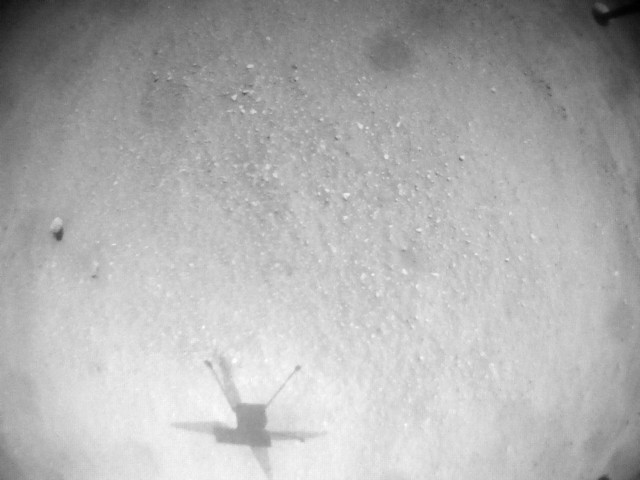 Perseverance listened for a possible signal from Ingenuity throughout the day of May 5 and finally, when on Mars it was 11.45 in the morning, the helicopter transmitted some data again. At that point the control team was able to breathe a sigh of relief, since the radio link between Ingenuity and Perseverance was once again stablethe spacecraft temperatures were in an optimal operating range, the solar panel was recharging the battery at the rate expected for this season, and the battery itself was healthy, holding 41% of a full charge at the time.

But we can safely say that the danger has not been completely averted and that this is a first alarm bell to be taken into account. NASA is therefore working to ensure that the Ingenuity battery can continue to function well in the coming months, and to do so it already has a plan: the idea is to help the battery accumulate enough charge so that it can support all the systems necessary for the survival of the helicopter during the cold Martian night. It was therefore decided to lower the point where Ingenuity powers its heaters, from the previous -15 degrees Celsius to the current -40 degrees Celsius. The helicopter will shut down more quickly instead of consuming the battery charge with the heaters and it is hoped that this strategy will allow the battery to retain the charge collected during the day, but those who are familiar with the limits of electronic components know well that this can be a very risky strategy, as extreme cold is a major disabling element for the health of chips and systems. NASA’s priority is to maintain contact with Ingenuity for as long as possible, but it is now clear that the challenges will become more and more demanding as time goes on.