The Mars Reconaissance Orbiter (MRO) of NASA is probably one of the most successful means sent to Mars ever and over the years its contribution has proved invaluable, to the point that it is still operational well beyond initial expectations and will be so at least until the end of the current decade. . Launched on August 12, 2005, its primary mission should have lasted 2 years but apparently it will still go a long way.

Without MRO we would not have such detailed maps of the Martian surface. The spacecraft is also responsible for sending data to and from the red planet, and has made it possible to choose the landing sites of the most recent missions, such as Mars 2020, which last year brought the rover inside the Jezero crater. Perseverance and the first Martian helicopter, Ingenuity.

The MRO has sent some of the most beautiful images of the surface of Mars to Earth and in the past has allowed us to discover that avalanches are not so rare even on this remote planet, but recently the imaging equipment has shown an ability to grasp the superficial details that are definitely incredible. 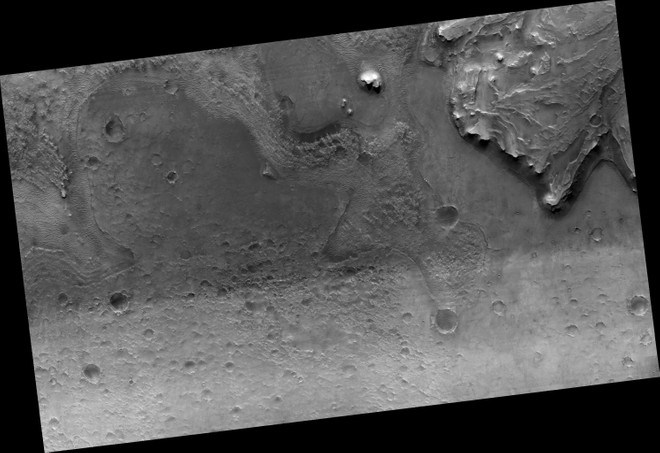 The image posted above dates back to the end of February this year; it shows part of the Jezero crater area and at first glance it shows nothing particular; yet a detailed analysis by the team responsible for the HiRise unit, which operates at the University of Arizona, identified both the Perseverance rover and the small Ingenuity helicopter.

As for the rover, its dimensions (about 3 meters x 2.7 meters) have allowed it to be easily identified in the past and in this phase of its journey it was on the rocky substrate of a formation of volcanic origin that has been called Máaz. As we have often told you in recent months, its current target is the ancient river delta and at this stage of the journey it should be more or less in the middle of the route. Here it is in an enlarged extract of the image posted above, which identifies the rover inside the yellow circle.

But the matter becomes more complicated if we talk about Ingenuityin fact, the small helicopter weighs only 1.8 kg, is just under 50 cm high and its rotors measure 1.2 meters in length.

It is undoubtedly very small and difficult to spot, yet the MRO engineers have succeeded in this epic feat. At this stage of the journey, Ingenuity was about 200 meters from the Perseverance rover. Ingenuity appears as a dark dot, here it follows within the red circle. 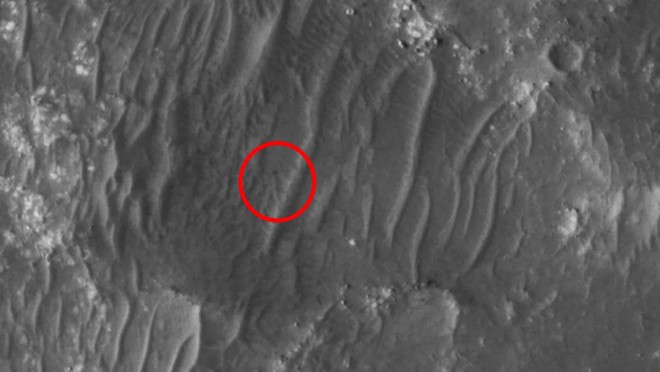 Ingenuity was recently promoted to the role of reconnaissance in the second phase of scientific operations and its mission has been extended at least until September 2022. On 25 March it also completed the twenty-third section since its arrival on Mars, traveling about 358 meters horizontally at a maximum height of 10 meters and with a maximum speed of 4 m / s.

For the small Martian helicopter it will not be so difficult to get near the ancient river delta, but the matter will be much more complex for the Perseverance rover, as we reported in a recent special on the subject.

We remind you that reaching the ancient sediment area represents one of the main objectives of the mission and there are great expectations regarding the collection of samples in the area. NASA scientists are deeply convinced that if there is a chance of finding any sign of ancient microbiological activity, this could be one of the best places to look. It was in fact shown that 4 billion years ago water flowed with great intensity on the surface of Mars and areas such as these could provide us with unique geological information on the history of Mars. By now it is not long before it is reached and already in mid-April we will be able to see detailed images of the area.