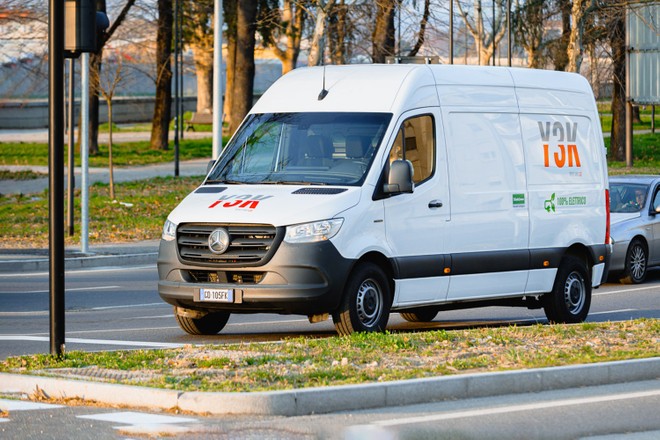 The electric already makes sense today. Perhaps not for everyone, but for many. When someone says such a phrase, the “people of the Internet” turn to the sound of a thousand trumpets blaring the usual fanfare: it costs too much, there are no columns, Jupiter is aligned with Saturn and therefore I prefer the Juliet. Ah, when there was the Giulietta …

For this reason the title had to try to awaken the sleepy commentators of the web from their torpor to clarify a message that we have subtly tried to pass on these pages for some time: no one, today, is forcing you to buy an electric car. If, however, you can afford it, today there may be advantages in the face of few compromises. Sometimes even in the face of no compromise. And guess what who first noticed these advantages? The companies. But let’s go in order. 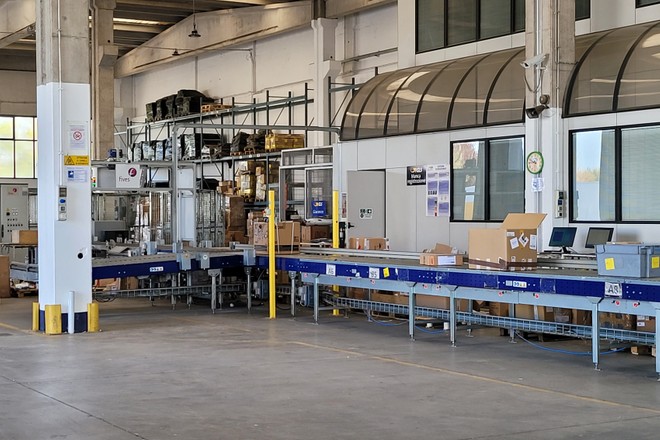 What are a vehicle manufacturer, a delivery company and a vehicle rental company doing together? Obviously they conspire, as the strong powers always do when they call journalists together to present something …

The context is that of Alessandria, Mercedes was the brand that organized everything to show us its electric vans from another perspective (some time ago I tried the electric Vito).

The perspective is that of a delivery company like GLSone of the vertebrae that creates the spinal column on which we all leaned during the Pandemic, and that in the post-Covid-19 period has seen its business expand because we have all gotten used to a new normal, even made up of more online purchases.

Speaking precisely with GLS and Y3K, for example, we discover how today packages are smaller, yet another proof of the change of habits in the world of shipping, and we also understand how the moment is propitious for electric mobility in the world of transport, precisely because transport is becoming more predictable, closer to the city and more connected. 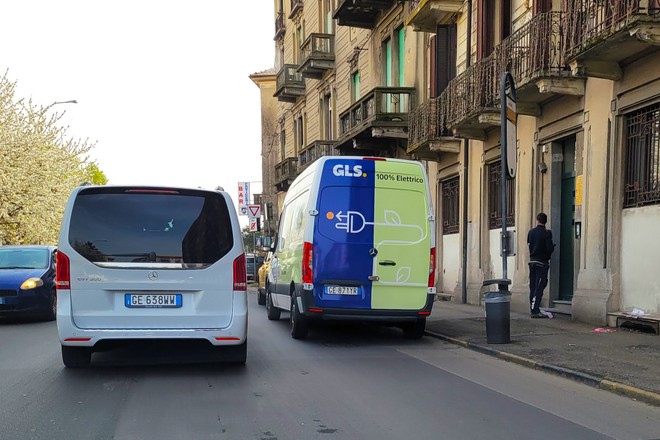 First of all, it should be considered that at the fleet level there is a massive use of management software to plan down to the smallest detail. Telematics has delivered a large amount of data to fleet managersbut let’s not forget that the man, the professional, is still fundamental.

With the data and the history of the routes in hand, thanks to technology, the professional is able to optimize (if not revolutionize) the routes. For example, the data can teach us that a slightly longer route, but with no left turns, may be better than the shorter route.

Putting these and other considerations together, for those who have been working in the sector for a long time it is easy to understand if and to what extent electric mobility is able to meet the needs of a company. Y3K did it, and today it has a fleet of 85 electric vehicles operating every day.

The company is clearly one of the virtuous ones, Mercedes could not have chosen otherwise, but it is certainly not the only one and has certainly not done something impossible. Among the first to believe in methane, to the point of reaching the largest fleet in Italy, she was then convinced to switch to electric (2017/2018 the start of planning), so much so that she bought a fleet of Tesla (Model 3 and Model S) and one of eSprinter, stopped in its expansion only due to the production crisis that the automotive world is going through. 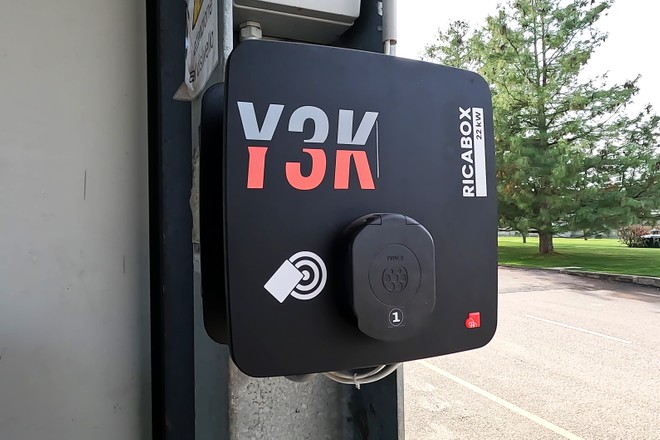 The goal is a fully electric and sustainable car fleet. For this reason, the Y3K project already foresees in the business plan the necessary investments for upgrade the infrastructure of the goods sorting center (inbound and outbound). Today the wallbox for charging, sized for 22 kW even if current vehicles load at a lower power. Furthermore, wallboxes are not “passive” or “stupid”.

The software that manages them automatically balances the power depending on the needs of the vehicles, because no one arrives in the same conditions, so as to ensure that the battery is sufficiently charged for the next working day.

The courier’s work goes well with the needs of the vehicles: times available to recharge the fleet are more than enough even without disturbing the direct currentthe routes are easy to plan and the company has a history, based on the use of diesel vans (still in the fleet) that allows you to know in advance whether the battery will make it or not, including a margin for the unexpected.

COURIER FOR ONE DAY 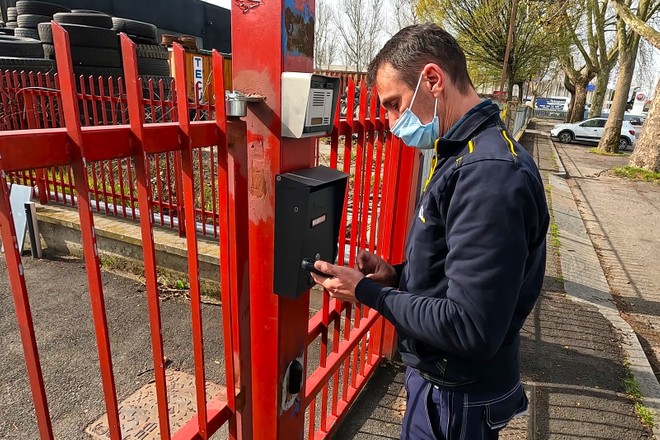 On my journey I followed one of the couriers who, after trying it, fell in love with his electric vehicle. In this case we are talking about eSprinter, but the concept can be applied to the competitors because it was the electric driving that fascinated Giorgio (invented name). It is not difficult for me to believe his words when he and his colleagues talk about how the quality of life on board has changed: less vibrations, more inspiration, less stress thanks to the absence of the gearbox and the direct drive engine.

In short, those who drive electric – if they do not have to face problems of autonomy and recharging – fall in love with it. This statement is even more true for those who had to work behind the wheel of a vehicle in a stressful context made up of chaotic cities, continuous stops and a lot of time spent in traffic.

Giorgio also tells me that all vehicles are equipped with a card for recharging the public columns, to be used in an emergency. But the emergency never occurred and it was not necessary to exploit it. 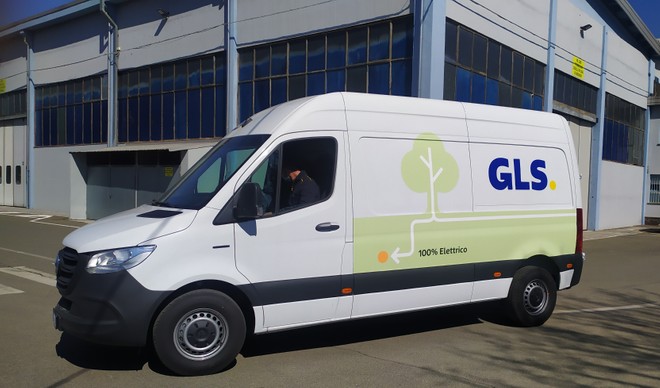 eSprinter is available in two versions which change depending on the battery. The impressive thing for many is finding out how small the battery capacity is: 35 kWh or 47 kWh. In the car world, in fact, it is often said that at least 60 kWh are needed to meet the needs of every day, at least so say the comments even if the daily average of 30 km denies these claims.

In the world of commercial vehiclesfor all the reasons cited above, there is a clash with reality: you don’t need huge skills for the accumulator and this can reduce the weight and guarantee the same flow rate as the thermal equivalents. True, some routes and sections today still have to be done with classic diesels, but a good chunk can be covered by current technology.

The eSprinter engine, today the best-selling electric Large Van with 47% market share, has an 85 kW engine with 296 Nm of torque discharged to the ground by the rear-wheel drive (capacity of 969 kg). For recharging, single-phase alternating current (7.4 kW) or direct current up to 80 kW can be used.

Real autonomy? I asked the couriers who use it every day: 130 km with one charge

eVITO 2.0 AND THE OTHERS 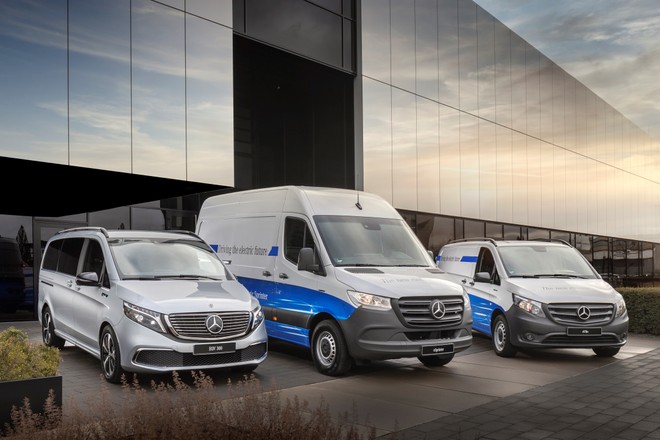 The range of commercial vehicles is ready to grow: eVito evolves from 41 gross kWh to a 66 gross kWh battery (60 kWh net). It is called eVito Furgone 112 and improves on the 111 because it brings three-phase charging to 11 kW and adds the direct current charging (80 kW) that was previously lacking, again with the 116 HP (85 kW) engine but with an increased range: 242/314 km depending on mode and use.

The eCitan, a smaller and more compact commercial vehicle that will debut during of 2022 and will look at both fleets and professionals, offering them 285 km of autonomy in the WLTP cycle.

The other piece will then be the new Mercedes T-Class, also accompanied by an electric version called EQT, also dedicated to passenger transport.

These are the upcoming news, but they won’t be the last. Among the three platforms for Mercedes’ electric future there is also VAN.EA, the next generation platform on which the heirs of the commercial vehicles in circulation today will be built.