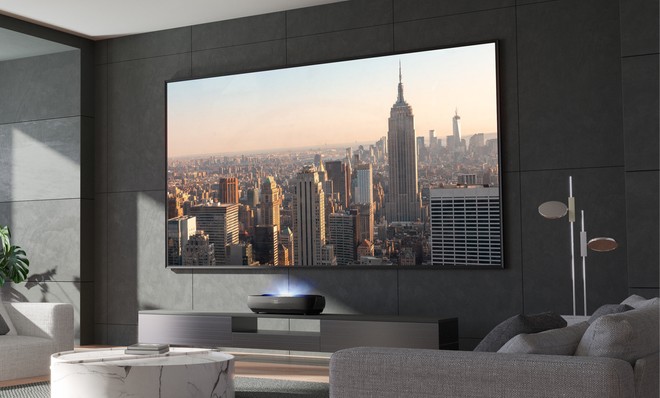 Hisense announced the arrival on the Italian market of TriChroma Laser TV 4K series L9G. These products, announced last year, are nothing more than Ultra-short throw laser projectors developed with the idea of ​​providing an alternative to TVs for those looking for devices capable of covering very wide diagonals. The L9G series is called TriChroma because of the light source: let’s talk about RGB laser, one red, one green and one blue. This solution offers substantial improvements over other laser systems as it allows the reproduction of purer chromatic components.

The purity of colors translates into the ability to show greater saturation and therefore to fill larger color spaces more effectively. L9G Laser TVs are accredited with coverage equal to 107% of the BT.2020 he was born in 151% for the DCI-P3. The models arrived in Italy are two: 100L9-B12 And 120L9-A12. The underlying technology is identical for both: we are talking about a single 0.47 “DLP chip with Full HD resolution brought to Ultra HD through eXpanded Pixel Resolution (XPR).

Being products born to take the place of a TV, the L9G Laser TVs offer a Smart TV platform and a rather rich multimedia equipment. We find first VIDAA U4.0, Hisense’s operating system that provides applications to access many of the major streaming services. We mention for example Netflix, Prime Video, YouTube, Rai Play, Rakuten TV, Pluto TV, DAZN etc. Then there are in TV tuners DVB-T2 And DVB-S2 to receive the channels broadcast on the DTT It is on satellitealso through tivùsat and with support a HbbTV 2.0.2. Also noteworthy is the PVR function, which allows you to record programs on a USB hard disk. 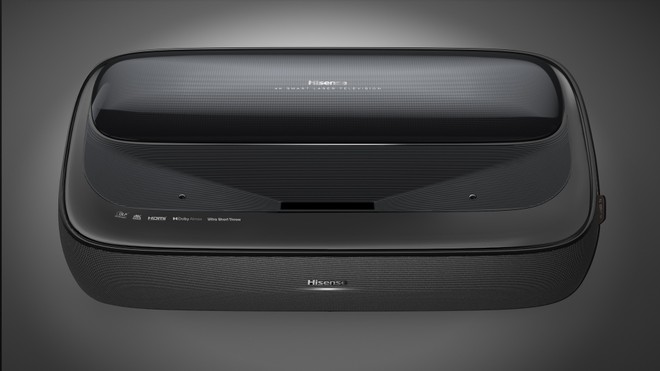 The integrated media player reads the following types of files:

Audio can be played internally via i two speakers of 20 W each. The projectors are compatible with Dolby Atmos and provide the user with a parametric equalizer. Available connections include three HDMI 2.0 inputs, one with ARC, two USB 2.0 ports, Bluetooth, dual-band 802.11ac Wi-Fi, an Ethernet port, a headphone output, an optical digital output and a CI + slot in version 1.4 .