In line with its roadmap, Google has made the first beta of Android 13 available for compatible Pixel smartphones, sanctioning the definitive exit from Developer Preview phase the second version of which was released in early April. The move to the Beta version indicates a further step forward in development.

Unlike Android 12, which brought with it some notable changes, Android 13 seems to be primarily focused on increasing privacy and security. In fact, most of the features present are those that Google announced earlier this year, including a new Quick Setting and the ability to set different languages ​​for each app. In this beta, Do Not Disturb returns, which had been replaced by Priority Mode.

In this first beta there are also some new audio routing APIs that allow you to generate a list of devices that can play a specific media file and show if a user can play the audio stream directly. These options may be related to the tap-to-transfer function. 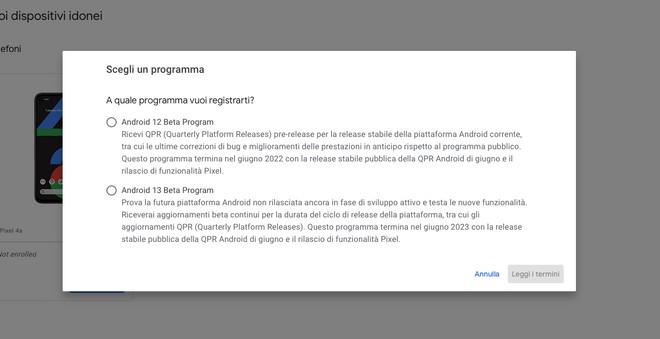 With today’s release, therefore, we are approaching the public release scheduled for towards the end of the summer. Those who have a compatible Pixel (Pixel 4, Pixel 4 XL, Pixel 4a, Pixel 5, Pixel 5a, Pixel 6 and Pixel 6 Pro), should be able to easily install this beta by subscribing to the program on the appropriate page.