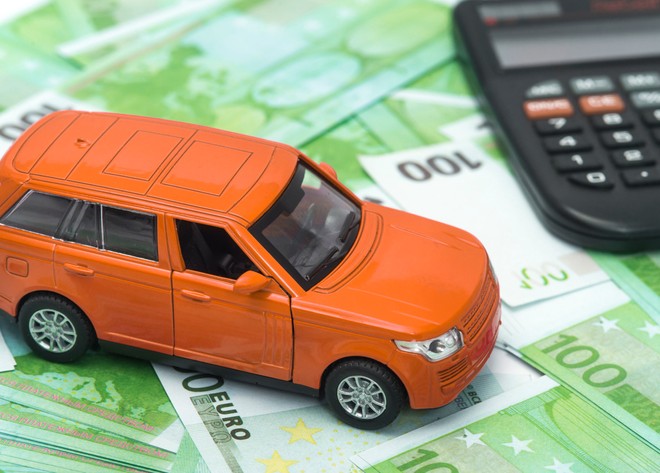 There are two main ingredients that have contributed to the unprecedented expensive fuel of recent days, tempered only by the government decree that cut gasoline and diesel prices by 30 cents per liter until almost the end of April. The sharp recovery in consumption and movements with the easing of Covid restrictionsmade possible from vaccinesand the tensions coming from the Ukrainian front, which have induced large investors to fall back on classic “safe haven” assets, ie raw materials including oil or brent, at its all-time high for ten years now.

Petrol and diesel fuel paired for well over 2 euros per liter (in served mode in some areas of Italy it went over 2.50 euros!) Had never been seen or hypothesized in the most drastic scenarios, consequently an intervention by the collectivity – the State – was necessary to keep inflation at bay and thus protect the purchasing power of the weakest categories. Fortunately, the surgery has arrived. How to protect yourself from expensive fuels in the short, medium and long term? Here’s how technology can reach out to us.

FOUR APPS (PLUS ONE) TO SAVE ON FULL

Petrol prices it is probably the best known fuel price comparison app, present for years on both the Android and iOS application stores. The service is based solely on reports of users, so being the most installed app of its kind it is (presumably, because it is impossible to have certain data) the one with the densest community, therefore the one that gives the most guarantees in terms of frequency in updating prices.

Petrol prices monitors every type of fuel, from “green” to diesel through LPG and methane. It’s worth giving it a chance: it’s free (but for 1.99 euros on iOS or 1.79 euros on Android you can eliminate advertising, which is not invasive anyway).

App created by the developers of Sygic, one of the first smartphone navigation apps launched. Come on App Store, Apple’s virtual store for iPhones, only for a few months, so it has very few ratings with a less than exciting average. Fruit of youth, at least in the iOS environment. On Play Store Google app has been around for much longer, so much so that it has over a million downloads with an average of 4 out of 5 stars.

On iOS the community it is quite less dense, so in some areas of Italy it is possible some distributors that do not appear on the map due to the lack of information on prices. On Android, however, the coverage is greater. The app “digests” any type of fuel (even if it sometimes gets confusing, there are about twenty on the list!) And should keep track of the prices at the columns for electric cars.

Save on gasoline prices

Save on gasoline prices it’s an app essential. You open it and without having to register, at least on iOS, you can go straight to the point: four buttons at the top, one for fuel (petrol, diesel, LPG or methane) and three stacked vertically at the bottom right, one that displays the more cheap in the neighborhood, the other the most near and the last one that brings the current position back to view.

There is also a motorway mode which only shows the petrol stations present on the motorways: by feeding the app the direction of travel, the reachable service stations are shown. There is advertising but all in all it is not too intrusive. If you want to remove it, you need a one-off € 4.99 on iOS and up to € 3.69 on Android. Prices are updated automatically but the user can report an error.

Waze was not born as a tool to monitor the trend of fuel prices but as a social navigation app, in which each user can make their own contribution to traffic through traffic reports, accidents and more. In its first years of life (it was born in 2010), the app made itself known to the point that within three years it was acquired by Google which developed it to become a swiss army knife for motorists.

It recently introduced the ability to choose the cheapest, closest petrol station, or simply the one with the cheapest fuels along the way. Prices are updated by users, but only by those with some experience: You must travel at least 100 miles with Waze before obtaining permission to change prices. There community And numerous and made up of many fans of the app, so prices are often updated especially in large cities.

The app is totally free and does not require in-app purchases.

Premise: formally there is the app for iOS devices but it comes from another era (fun fact: the last update was five years ago). Don’t download it, it’s useless. Indeed, it would be better if it was removed. For the rest there is little to go around: the site, which is also one web appis updated from Ministry of Economic Development and among the services that do not depend on users but that are “ready” it is undoubtedly the most reliable.

It can be consulted by anyone without registration and the portal it is perfectly optimized to search via devices furnishings, smartphone or tablet both Android and iOS / iPadOS. Once the area of ​​interest has been set by giving a reference, or by drawing freehand or a geometric figure directly on the map, you can filter the search for a specific fuel and sort the results in ascending or descending price order.

There are some limitations: the area cannot be larger than 10 km and searches that produce more than 500 results are not good. That said, it is a more than valid tool.

Osservapprice fuels is the website of the Ministry of Economic Development that allows you to consult in real time the selling prices of fuels actually charged at the distribution plants located in the national territory, as communicated by the managers of the sales points on a weekly basis or in the case of increases. midweek.

For some they are certainly trivial advice, while others know them in broad terms but would need a quick review.

The driver who maximizes fuel drops:

… get on a bike and ride with the sun in front of you, a convenient choice on several fronts, especially in the beautiful spring days. Those who can afford to leave the car at home to go to work or run errands, allow a breath of fresh air to their wallet and bank account (which in this period is far from bad, and the reason that inspired this article), saving on fuel and the gym: you gain health and fill up on serotoninthe so-called good mood hormone.

In the hope that the panic generated by expensive fuels – not only in Italy but in a large part of Europe and the world – will act as a spur for a sharp turn in the direction of clean energy which, never as today, appears ever more inexorable. The Planet demands it, of course, but we must also and above all expect it.