The Ferrari 296 GTB becomes Spider. The Prancing Horse, in fact, presented the new 296 GTS, a supercar for those who love to drive in the open air. There had been talk of the arrival of this car for some time and the car manufacturer has chosen the “best time” for the debut of its new spider and that is the beginning of spring. 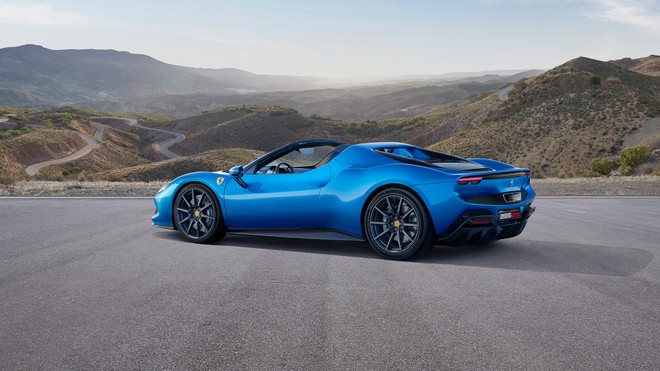 The Prancing Horse has decided to equip its supercar with a retractable hard top (RHT) which is lighter than a traditional soft top as well as being extremely compact. The need to store it inside the engine (it is made up of two parts) led the technicians to review the design of the bonnet with a new tonneau cover.

In addition, the designers were able to introduce a glass panel at the rear of the engine compartment that allows you to admire the car’s V6 engine. When the roof is open, the passenger compartment and rear are separated by a height-adjustable glass rear window which guarantees optimum comfort even at high speeds. The hard roof opens and asks in 14 seconds. The operation can be carried out up to a maximum speed of 45 km / h.

Ferrari says that even with the roof open, its patented system of exhaust resonators (known as Hot Tube) brings the sound of the engine directly into the passenger compartment. Well-kept – and it could only be so – theaerodynamics. For example, we find a LaFerrari-inspired active spoiler that is integrated into the rear bumper to generate a high level of rear vertical load.

For the 296 GTS, Maranello has adopted a brake cooling system developed around the Aero brake calipers that debuted on the SF90 Stradale. The GTB chassis has been revised to ensure maximum torsional and flexural stiffness. These interventions have resulted in an inevitable weight gain of about 70 kg. On the scale, in fact, the GTS weighs 1,540 kg against the 1,470 kg of the GTB that we have had the opportunity to test. 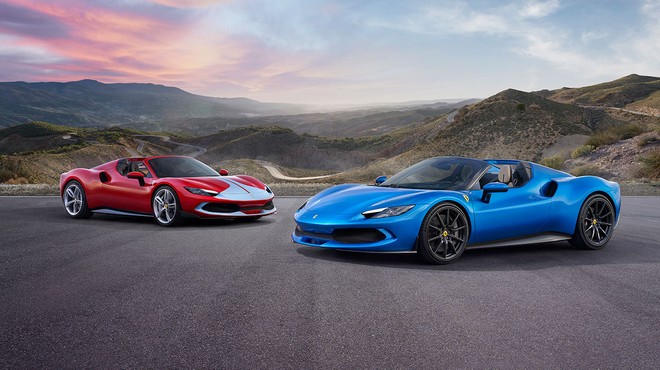 Compared to the 296 GTB, the powertrain of the 296 GTS does not change. So, we have gasoline 6-cylinder 120-degree V with a displacement of 2.9 liters capable of delivering 663 hp (488 kW) to which it is combined an electric unit from 167 HP (123 kW) located between the internal combustion engine and the gearbox, an 8-speed double clutch.

The transition from electric to hybrid mode is done through a power management selector (eManettino) next to the traditional Manettino. The eManettino has four positions: eDrive, Hybrid, Performance and Qualify. 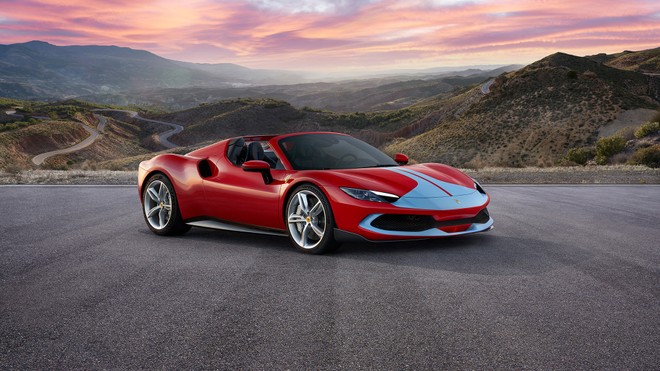 Also for the Ferrari 296 GTS is Assetto Fiorano set-up available, which includes a new livery, the adoption of lightweight components and above all important aerodynamic changes. In the High Downforce configuration, the car can count on a load of 360 kg at 250 km / h. Thanks to the use of some lighter components, including the door panels, it is possible to reduce the weight by 8 kg.

On request, it is possible to equip the car with the best performing Michelin Pilot Sport Cup2R tires more suitable for track use.