The most anticipated title among those EA has probably a remake. We are talking about that of Dead Spacethe space-themed horror that in 2008 established itself as one of the best exponents of the genre ever, mixing with great effectiveness elements of the great classics such as Resident Evil and Silent Hill with the silence, darkness and isolation of sidereal space and films such as Alien and Event Horizon.

The announcement of the work in progress for the remake of Dead Space, which took place during the EA Play last summer, generated a lot of enthusiasm. Since then, however, we have not seen or known anything about the game: at least until now. As promised, the developers of EA Motive have in fact allowed us to overlook the horror in the making, with anew video walkthrough showing the progress of the project.

At the center of the video, more than the graphic component, there is the atmospheric one: colors, lights, darkness and above all sounds help to recreate all the conditions for a disturbing experience. The overall impact certainly faithful to the original, of which the developers want to keep all the spirit, despite having already declared that it will not be a lazy remake but full of novelties both in terms of gameplay and on that of the plot.

All good, but there will still be a wait. In fact, EA also communicated the launch window of the game, which will come to early 2023 – without further clarification. There is therefore about a year to go before we can return to the deadly corridors of the USG Ishimura.

The 2-minute walkthrough was the culminating part of a ben pilunga live, lasting a total of about an hour, in which the development team has long discussed one aspect in particular, namely sound design. Which in a fundamental horror, of course, more so than in other games, and which was already a particularly bright (and in the dark comes in handy) aspect of the original title.

Beyond the strong emotional impact and atmospheric value, the audio sector is also an important vehicle of information for the player. Especially in dark environments, poorly lit and perhaps with intermittent neon, such as those of Dead Space. 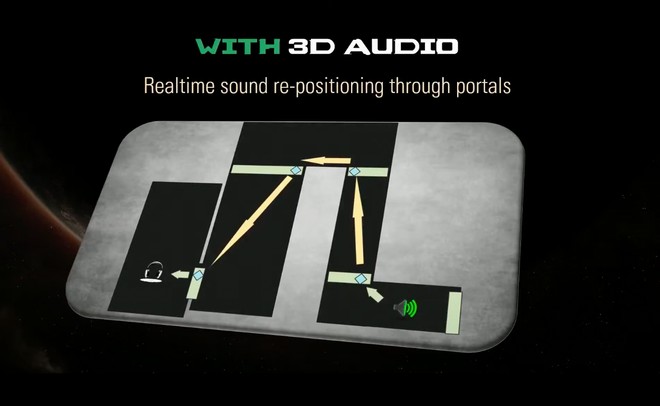 The relationship with the Necromorphs, the monstrous creatures against which the protagonist Isaac Clark must clash, all played on their ability to appear from hatches, corners, crevices, and pay attention to the sound therefore essential to understand if something is moving in the dark, and where is it.

For this reason EA motive has created what it calls the ALIVE system., which will modify the audio effects to make the experience still immersive and realistic by adopting an approach similar to the one that Ray Tracing employs for lighting, and therefore taking into account the materials and surfaces on which the sound waves run intoand making them interact with them in a realistic way.

And not only: because the audio effects will also change in relation to some dynamic factors that affect the protagonist Isaac, such as his heartbeat or breathing. Finally, the developers have dedicated a focus to weapons and how their sound feedback is able to vary depending on the environmental characteristics and those of the enemies. If you are interested in learning more, below you will find the video of the event in its entirety: the next appointment is already fixed and will be in Mayand the artistic sector will instead be at the center.