The chip crisis continues to hold its own in 2022 themes as well, especially now that China has officially entered one new lockdown phase. As of April 5, the Beijing government (Beijing) has intensified the restrictive measures in order to contain the new wave of infections caused by the pandemic and this has also affected several key areas for global chip production – such as the territories of Shanghai -, leading to a new slowdown in the production chain. 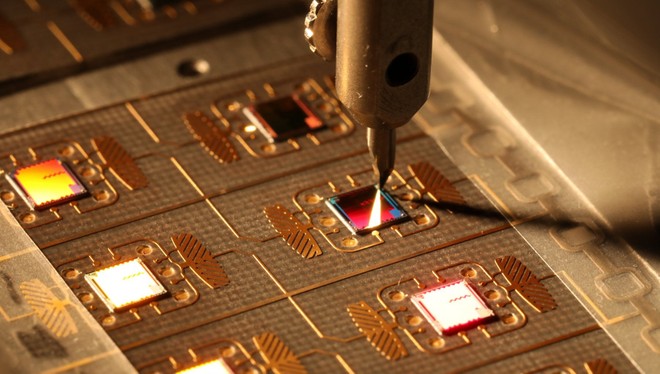 The return to the measures adopted in 2020 has in fact led to the blocking of various production companies, including SMIC (Semiconductor Manufacturing International Corp.) and Hong Semiconductor, both heavily affected by the new restrictions. According to what emerged from the first data reported by Bloomberg, semiconductor manufacturing recorded the slump of 4.2%the most marked since the first quarter of 2019.

The area affected by the new lockdown has a huge weight on the Chinese economy, as has been responsible for 3% of China’s gross domestic product and 10% of China’s trade since 2018therefore it is a real nerve center for the whole Asian giant.

THE CRISIS OF SEMICONDUCTORS: THE DECREASE IN DEMAND IS ALSO WEIGHING

China’s lockdown isn’t the only threat chipmakers face. To weigh heavily on the balance sheets of chip makers, in fact, there is also the collapse of demand of smartphones that has been affecting the market in recent months, as also demonstrated by the recent report that found a clear cancellation of orders by Chinese smartphone manufacturers.

The mobile industry has always been one of the main growth drivers of the semiconductor sector, as it has strongly pushed the evolution in the world of chips – particularly in regards to miniaturization – and the lack of strong demand from this. market segment could be very difficult for semiconductor manufacturers to compensate.

Obviously, the smartphone segment is not the only one to support the demand for chips – for example the automotive one is becoming more and more relevant – however it is difficult to imagine a sector able to stop the bleeding of demand quickly.

In short, between the increasing difficulty in the production of chips caused by the need to block production lines and the general decline in demand, it seems that 2022 will also be a particularly difficult year for the semiconductor market. At the moment the only counter actions in the field are those that aim to bring the production chain outside of China, in order to significantly reduce dependence on the Asian giant.

This has both the purpose of avoiding that a localized lockdown can have such a decisive influence on world chip production, and to reduce the economic and political power that China has in this historical phase. Of course, these are plans that take years to put into practice, which is why the current crisis still seems far from over.