The great thing about Android is that there are few rules and when it comes to customization, a little imagination is enough and some research to find a sea of ​​ideas and possibilities to revolutionize the interface of your smartphone. And when style meets functionality, then there is a lot of fun. It is the case of Niagara Launchera simple app capable of radically change the way you use your smartphone.

While on the iPhone it is not possible to do much, just organize the various icons, folders and the widget page, on Android it is possible to replace the basic launcher with alternative apps downloadable from the Play Store. Changing the launcher can be a purely aesthetic operation, but also capable of totally reorganizing the UI and consequently adding value to the user experience. 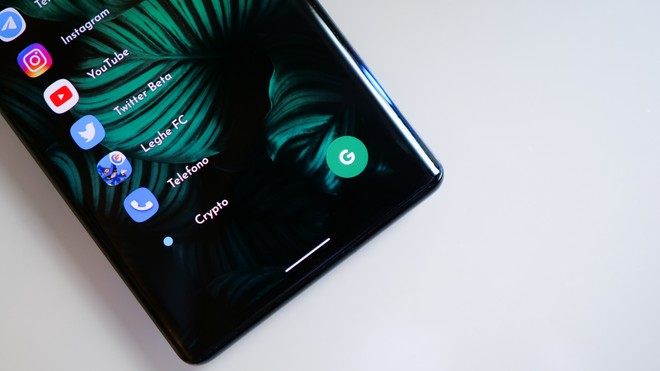 The concept around which Niagara Launcher was created is the minimalismeven if, to be honest, those who have followed the development of the app since the first steps will know that over time many functions have been added and the possibility of personalization, which have made essentiality abdicate in favor of completeness.

Actually Niagara has been available on the Play Store for a few years, but only recently, in particular with the arrival of Android 12, it has reached a maturity and completeness that has brought it to a very high level of quality.

However, the idea of ​​simplicity has remained to the extent that Niagara is a launcher that leads to streamlining and greatly lightening the interaction with the smartphoneconsiderably cutting the number of touches we have to perform for any operation. 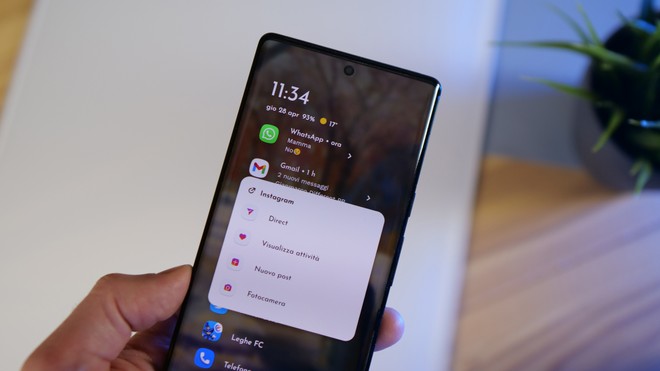 The other crucial point that impressed us well is the constant improvement and attention that Peter Huber and his team devote to refining the user experiencewith lots of updates, constant communications with the community, a nice interactivity with the most active members and the great care that is placed on every little detail.

Niagara is not a “sleeping” app but a project in full swing, in which small and large improvements are made on a regular basis. 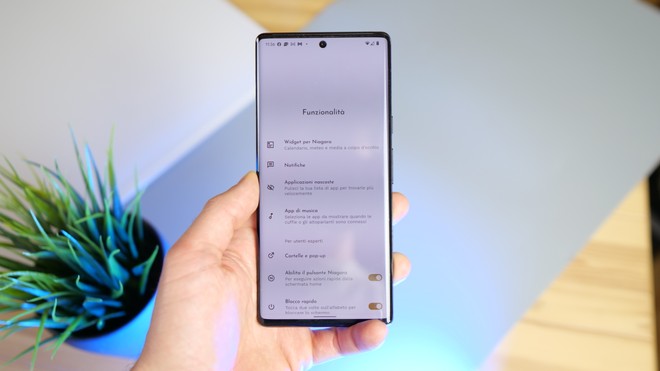 HOW DOES IT WORK

Niagara tries hard to make it easier for you to interact with apps and notifications. It is organized in a simple alphabetical list of apps which can be scrolled from top to bottom. At the top you can fix the most used apps, at the bottom there are the recently installed apps and the link for the launcher settings.

At the top you can insert a widget of your choice, or rely on the standard layout, which includes an enriched version of the Google “at a glance” widget.

Starting from this base then we find numerous expansions, first of all the notifications. In fact, the apps that generate notifications will be able to view them directly in Home, from here you can open the notification, read its content and possibly respond without ever actually opening the app. In addition to the notifications we find the “pop-ups” that correspond to the quick functions reachable by pressing and holding on the app icons in the Google launcher, the pop-ups will always be different according to the app, but they can also be organized in a completely personalized way by the user.

To all this numerous embellishments are addeda complete graphic customization, additional keys, gestures, haptic feedback, dynamic ordering of applications and much more.

Searching the web, especially on YouTube, you can find short tutorials that help create fabulous themes to give the launcher a completely different look, without sacrificing practicality.

TO TRY FOR AT LEAST 1 WEEK

This advice appears during the first configuration, it is very important to make an effort to follow it to understand if Niagara is right for you. The reason is a probable loss that you will experience in the first minutes of use, with a very different interface than usual and numerous functions to discover.

One week is also the free trial period of the PRO version, which adds some interesting, albeit not essential, goodies. The prices in any case are quite popular, € 5.99 per year or 14.99 euros forevermore than honest considering the value of the app.

Among the most important PRO functions we find a calendar and agenda widget integrated in “at a glance”, the expansion of the list of apps with pop-ups that can contain widgets, links or shortcuts, the integration of search with “Sesame”, a icon pack and one font, dimming of the status bar, gestures to turn off the screen, integration with music apps and much more.

It should be emphasized that in any case, even the free version has no advertising in it.