Android smartphones look tremendously alike in 2022, we repeat it almost every day, and throwing an eye also on the software we discover more and more affinities that point to the stock experience of mom Google’s devices. However, some customizations that become richer and more loyal to end users with the more than obvious goal of getting used to certain functions and thus hoping for a subsequent purchase of (new) models from the same manufacturer.

Some of these solutions (software) are only curious, others instead more than useful for those who use smartphones a lot, even for work or study, and count on quick interactions even with other terminals such as computers. So today we focus on Oppo and on the 5 best functions according to my experience after a few years of using ColorOS, which has now reached an excellent level of maturity. Some are better known and have arrived with Android 12 in recent months, others unpublished have instead debuted recently. 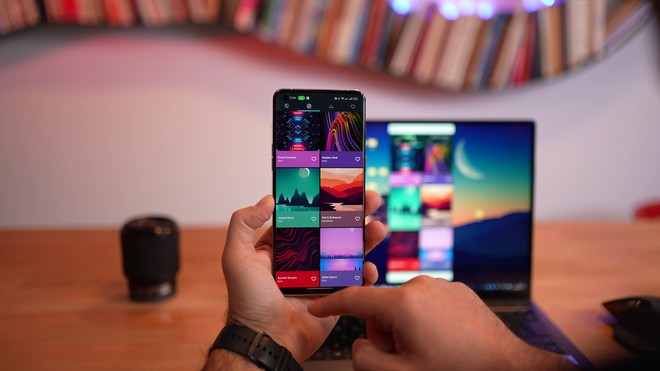 Let’s start immediately with the one that is for me the most interesting and useful for the work I do: with PC Connect it is established a direct wireless connection to any Windows computer, facilitating transfers and much more. It is a real mirroring that allows you to virtualize your smartphone on your PC display via WiFi network, with the possibility of transferring files from one to another with a simple drag and drop.

For those like me who take lots of photos and videos with their smartphone, often for work, wireless transfer and complications is a godsend, however, we still need to work on speeds. I have noticed that the transition is very fast on certain occasions, with 200-300MB videos passing in seconds from one device to another, and at other times (very few) everything appears slower.

Mirroring also allows notifications on pc and other operations, such as video calls: with this system you can take advantage of the excellent cameras of smartphones – well beyond the poor resolutions guaranteed by webcams – and view everything on larger and, therefore, even more comfortable displays. In addition to the video there is also the audio, in the case of smartphone mirroring, everything relies on the PC / laptop speakers, inevitably raising the quality of the use of audio or other content.

In short, we can ideally connect our smartphone with this system and manage everything from the PC, including voice calls, messages and applicationscontrolling with the mouse and the touchpad to scroll through the various pages, without ever touching it. 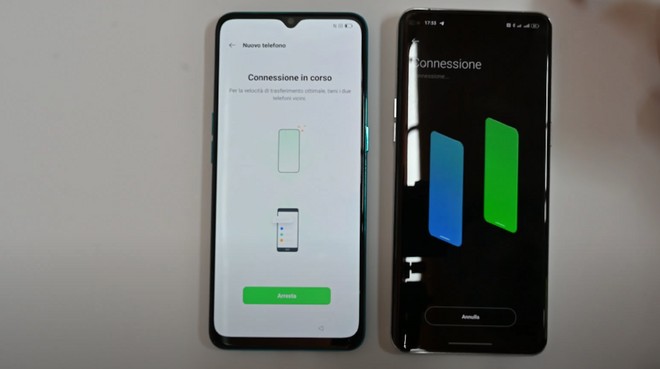 It is not the first time that we have talked about it and it is not even a novelty, however compared to the standard transition that Android offers between an old smartphone and a new one this has the advantage of a deeper cloning than usual. In addition to transferring all settings, calls, messages and files of all kinds, in fact, if the transition occurs between an old one and a new Oppo, the applications are also copied and placed in the same boxes as the homescreen. Including widgets.

Of course, you will then have to log in to the individual applications that require it, no similar software will ever free us from this operation for privacy reasons. However, it must be emphasized that when the transition takes place between two non-Oppo smartphones, or two Oppo with different Android versions, the applications will not be repositioned in the original boxes.

The transfer happens very quickly even if it is tens of gigabytes, without cables, and the interface leaves no room for misinterpretation. Once the two devices have been connected, on which the “Phone Clone” app must naturally be present, a few clicks are enough to make the switch. Recommended compared to other solutions, especially the native Android one which passes through the Play Store for applications and certainly takes longer. 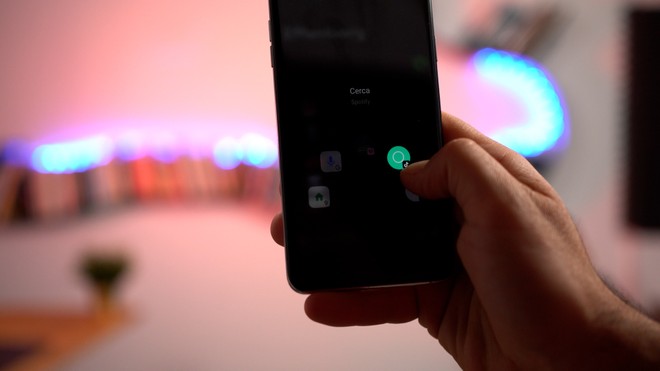 This is also not a new thing, the quick start has indeed arrived with the latest distribution of the ColorOS based on Android 12 and enables a quick menu that no one had thought of yet. From the dedicated section of the settings you can choose Applications or specific functions of some applications (which are pre-established) and you can insert them in one of the 5 boxes of this menu.

To access it, just keep your finger pressed when unlocking by reading the fingerprint. Once the boxes appear, just move the fingertip in one of these directions and start one of the chosen functions. I find it very convenient once I have found the right mix of things, for example I have entered: Green Pass (via Stocard), Maps, Google Voice Search, Tiktok and Spotify song search. You have to get carried away with the movement but, once learned, it facilitates certain routine operations. 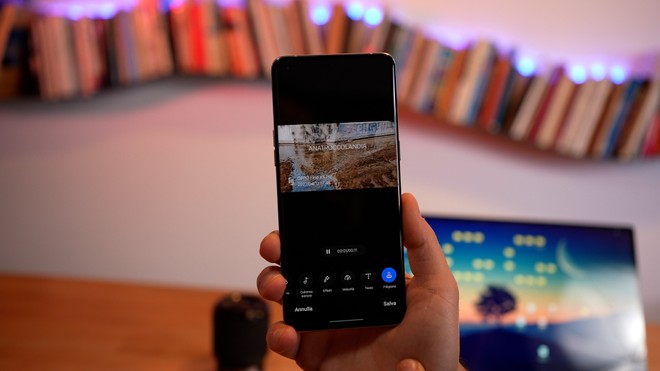 We are used to complex and often cumbersome software for video editing, but sometimes there are standard video editing functions built into the smartphone that allow you to act on the main things. Almost all of them have a native player that now pushes towards this type of changes, that of Oppo offers a fair number of options and effects, but it can certainly be improved in several respects.

Crop, rotate and set a filter are the basics and are done in the blink of an eye, to these are added the themes (9 at the moment), the soundtracks (about twenty), the effects (only three), the speed and the text. Here, the latter should certainly be more complex, allowing you to vary fonts, colors and other classic controls that are now also found in the editors of any social network.

Before the editor there are filters, many solutions that I have told in more detail in the review of the Find X5 Pro. Using the “blur” effect, for example, the aperture is simulated so as to blur the background and create a clearer and more pleasant detachment of the element (or person) central to the scene. The only limit is the resolution, because filters and blur are possible “only” in Full HD at 1080p. 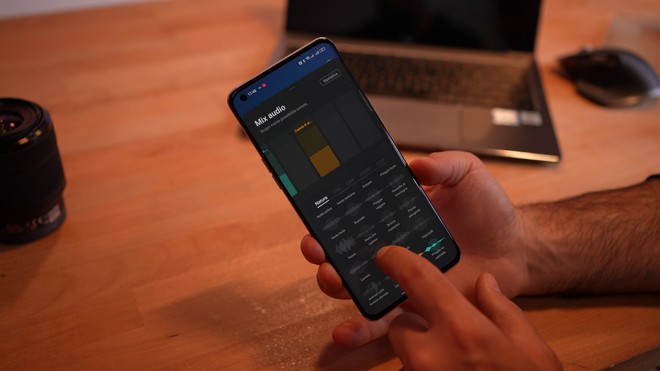 Definitely interesting this section that proposes white noise of a different nature, the claim “listen, relax, explore“ makes the idea perfectly. Granted that sometimes listening to silence is the best thing that can be done, especially in an acoustically increasingly polluted society, but it is also true that a themed background can cheer our ears and perhaps help sleep.

It starts with a timer ranging from 1 minute to an infinite loop, then explores the various sections which include “Ambient Sounds”, “Music” and “Colored Noise”. Whether it’s a summer beach, a Japanese temple, overnight camping or deep dozing, the relaxation options are endless and can even queue up to create a truly relaxing “playlist”.

Content created in collaboration with Oppo (what does this mean?)