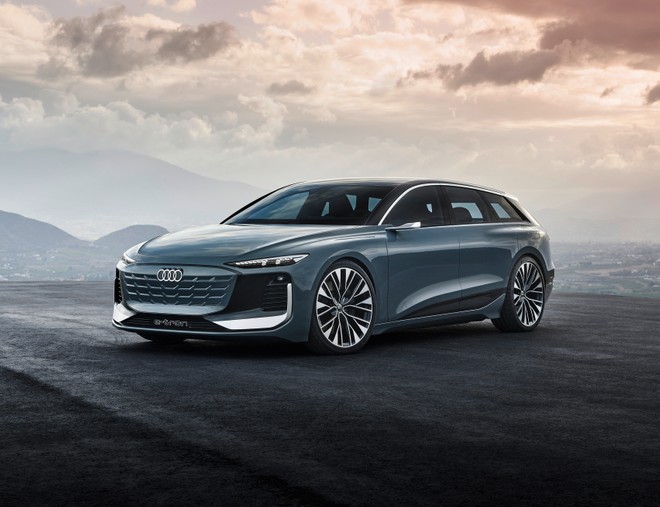 Audi has unveiled the new A6 Avant e-tron conceptAvant body version of the electric sedan that the manufacturer had made its debut, again as a concept, at the Shanghai Auto Show in 2021. It is a car that anticipates the lines of future high-end models of the 4-ring house and at the same time it incorporates some stylistic elements that distinguish the current e-tron range such as the closed single frame grille and the light band that connects the rear light clusters. 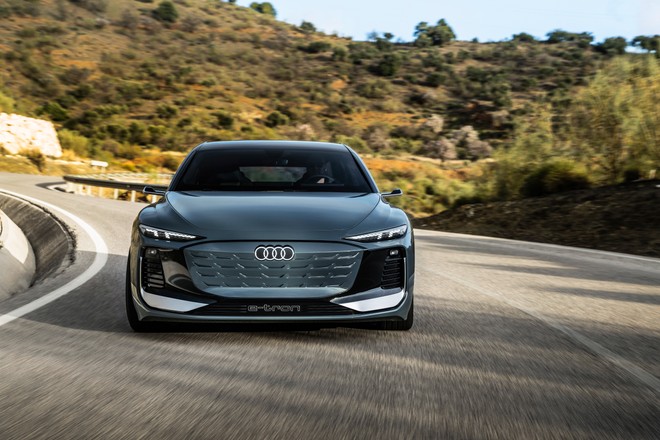 Just like the sedan, also Audi A6 Avant e-tron concept is based on the new PPE platform developed in collaboration with Porsche. Platform on which models such as Audi Q6 e-tron and electric Porsche Macan will be born. This new electric concept car measure 4.96m long x 1.96m wide x 1.44m high. The shapes have been designed to ensure the maximum aerodynamic efficiency possible.

If the Audi A6 e-tron concept could count on a CX of 0.22, the Avant model is only 0.02 points away. Reduced aerodynamic drag means lower energy consumption and, consequently, greater autonomy. The concept car yes characterized by reduced overhangs and a contained vertical development. The virtual side mirrors are derived from Audi e-tron and Audi e-tron Sportback, the images of which, taken by the cameras located at the ends of the supports, are displayed in the passenger compartment by means of dedicated screens.

The front is also inspired by e-tron, where the “closed” single frame stands out, on the sides of which are the air intakes for the cooling system of the powertrain, the accumulator and the brakes. THE projectors with Matrix LED technology they are characterized by their marked longitudinal development. Behind, the roof ends with a spoiler designed to optimize aerodynamics. Then, the extractor and the OLED optical groups stand out. The alloy wheels are 22 inches. The concept car also features the “Neptune Valley” gray color. Peculiarity, on the sides there are three small LED projectors that project welcome or warning messages on the ground to warn, for example, oncoming cyclists that the car doors are opening

In addition to the lighting functions, the headlights adapt the light beam according to traffic, weather and environmental conditions, transmitting information, especially danger warnings, also to other road users by means of visual signals. 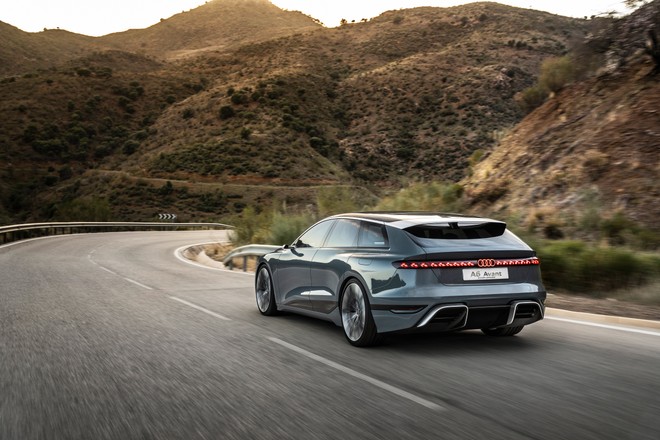 Audi A6 Avant e-tron concept features a powertrain equipped with two electric motors. This means that four-wheel drive is also present. The house of the 4 rings speaks of a total power of 476 hp (350 kW) with 800 Nm of maximum torque. To feed the whole one 100 kWh battery able to offer an autonomy of over 700 km according to the WLTP cycle. The PPE platform supports 800 V architecture. This means being able to recharge in direct current up to a maximum power of 270 kW. Therefore, according to Audi, in just 10 minutes of charging it will be possible to recover 300 km of mileage. In less than 25 minutes, however, it will be possible to go from 5% to 80% of the battery.

Speaking of performance, the German manufacturer limited himself to stating that the entry versions of the Audi A6 Avant e-tron will be able to accelerate from 0 to 100 km / h in less than seven seconds, while the top-of-the-range variants will cover the 0- 100 km / h in less than four seconds. The schematic of the front has five arms, while the rear follows a multilink configuration. The suspensions are of the adaptive pneumatic type.

The German manufacturer highlights that the new PPE platform can be adapted to different types of cars that may also have a single electric motor and rear-wheel drive. Audi says the first models based on this new modular platform will come presented starting in 2023.