The news this time comes directly from Applewho let slip a detail on his site and then promptly removed: but not fast enough to prevent 9to5Mac to take a screenshot. At the heart of this oversight of Cupertino is a support document dedicated to a new 35W adapter with dual USB-C ports. 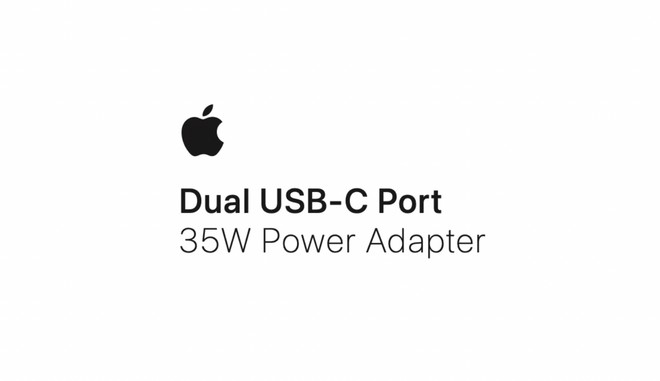 As mentioned, the document was then quickly deleted On the other hand, there are two options: either a real product whose arrival is more or less imminent but certainly not yet announced, or a product whose processing has been canceled. In both scenarios, however, the thing to do would be to remove the dedicated support page: that’s how it went.

If this 35W power supply should prove to be, as it is plausible to assume, an accessory that will soon be on the market, then it would be Apple’s first ever with a dual USB-C socket. A choice that would allow you to charge more than one iPhone at the same time (35W would be enough), or even an iPhone with an Apple Watch for exampleor to another of the Cupertino ecosystem devices.

In the case of a hypothetical matched iPhone 13 Pro Max and Apple Watch, for example, starting from 35W, the smartphone could be recharged using the maximum supported speed (i.e. 27W), and then 8 would be left over to charge Apple Watch Series 7, for which fast charging is sufficient. 5W.

According to9to5Macwho viewed the document, the power supply would also implement USB-C Power Delivery technology, and the specifications in detail would be the following in detail:

At the moment the information stops there: the appearance of a support page on the official website, in general, should be an indication of an imminent launch. And so we may not have to wait long before Apple decides to unveil the product.