It took a few years to confirm but finally a few days ago the US Space Command (USSC) released a note that has the flavor of official. The celestial object which in 2014 illuminated the skies of Papua New Guinea it was not part of our solar systemas his journey had begun in remote parts of the Milky Way.

Initially, the small meteorite, with a diameter of just under 50 cm, did not seem to have any special characteristics except one, namely the speed with which it approached our planet. The object had traveled to over 210,000 km / ha much higher value than the average value for asteroids, which immediately sparked the curiosity of the scientific community. 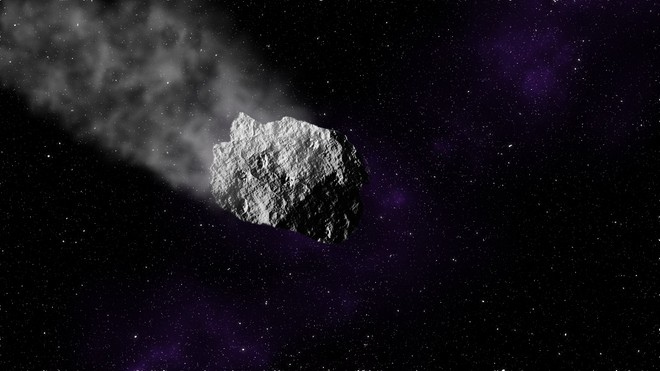 A first study on its origin was published in 2019 and, although nothing definitive was stated within it, at the same time it was argued that the probability that its origin was extrasolar touched 99.9%. It was not certain but almost, and it was speculated that its long journey could have started from a remote planetary system of the Milky Way or perhaps from one of the many stars that populate the dense disk of our galaxy. The article was never peer-reviewed by other scientists and was not published in a scientific journal (the source claims the government classified some information), but gave the “the” for further study.

We therefore refer to the note recently published by the USSC, according to which the trajectory of the object has been carefully studied and now we can without a shadow of a doubt bring it back to an interstellar origin. This confirmation anticipates by 3 years the detection of another rather curious interstellar object, namely Oumuamua, to which we have recently dedicated a special.

Unlike Oumuamua, whose journey is continuing and which will very soon take it out of the solar system again, this asteroid has finished its run by vaporizing in our atmosphere. The author of the first research, Amir Siraj, a theoretical astrophysicist at Harvard University, however, intends to publish the fruits of his work that culminated in 2019 at the same conclusion as the USSC, so that the scientific community can draw on his data and investigate further.

WHAT IF WE COULD RECOVER SOME FRAGMENTS?

The celestial object crashed in the Pacific Ocean and many believe that various interstellar debris has reached the surface, the problem is that they would have ended up in the water and recovery may not be so simple, if not impossible. Yet Siraj and the co-author of the study, the theoretical physicist Avi Loeb, are willing to see clearly and are consulting some experts to understand if there would be the possibility of organizing an ocean expedition in search of the lost meteor fragments. Being able to analyze a piece of rock of interstellar origin would be a dream come true and, of course, the first time ever that such an operation is performed, but most likely it will not materialize for now.

A little curiosity in closing about the co-author of the study, Professor Avi Loeb, who is known for some scientific theories that we could define as very “borderline”. On Oumuamua, for example, he is among those who argue that it could be an abandoned alien technology and not an interstellar meteor or comet.