Since their debut, Apple’s AirTags have raised concerns about the possibility of being used as tools capable of tracking a person’s movements, violating their privacy without their knowledge. The Cupertino company was therefore forced to intervene by developing a special system, both for iOS and Android, capable of detecting any AirTags belonging to strangers, shared a User Guide on personal safety and has updated the firmware to issue alerts at shorter intervals.

Apple has also repeatedly reiterated that the correct use of its trackers is to help users find a lost item (he never explicitly mentioned the word “stolen”) and don’t track people. Despite everything, the measures implemented have often been described as insufficient.

In fact, there are those who continue to make incorrect use of AirTags so much so that, in recent days, the news has also arrived that Pennsylvania could be the first state to enact legislation to make AirTags illegal, and probably, all other similar devices, if used for stalking purposes. 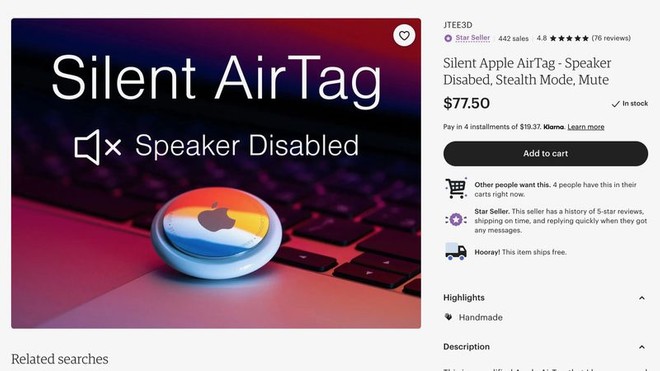 As if that were not enough, there are also those who have thought of making hardware changes to the AirTags to circumvent the security solutions implemented by Apple. In fact, on eBay and Etsy, AirTag with the buzzer off to prevent it from emitting a warning sound that highlights its presence. These modified AirTags, sold for $ 77.50 and nicknamed “silent AirTags”, they seem apparently identical to a normal AirTag apart from a small hole under the battery made to disconnect the small speaker. As if that weren’t enough, tutorials are also multiplying on the net to make the change. 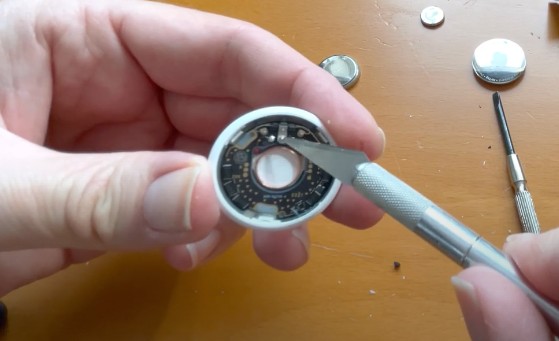 After “his” modified AirTag came to media attention, the seller withdrew it and issued a statement to justify his intent. His will would have been to satisfy the numerous requests of users interested in using it on bicycles, pets and other devices without continuing to emit annoying beeps, in case of removal, while continuing to be able to track them. Basically, for “personal use”.

An AirTag‌, in fact, starts emitting a sound between eight and 24 hours after leaving the owner. Furthermore, this “Silent AirTag” would reduce the possibility that a thief of an asset could understand where he was hidden and remove it. Obviously, there is always the possibility of receiving alerts on the smartphone in case there is an unknown AirTag that is moving with them.

However, there are those who also saw behind this intent to offer a tracker capable of being used for very different purposes. Eva Galperin, director of cyber security at Electronic Frontier Foundationexpressed his concern about these modified ‌AirTags‌ noting that “Any object that works for the purpose of catching a thief in these ways is also a perfect tool for stalking” and that’s why “Apple advertises them as a means of tracing lost and not stolen items.”