His name is Patrick Paumen, he is 38 years old and 32 between magnetic and RFID implants under the skinincluding at least one for make payments by simply putting your left hand close to a contactless reader. No smartwatch or smartband, let alone payment cards that he has evidently already relegated to prehistoric times: the Dutch IT scientist wants to enjoy life in absolute comfort, drawing heavily and fearlessly into the achievements of technology.

The cyborg Paumen, as defined in the description of his Twitter profile, told himself by the BBC: “The reactions I notice at the cashier (approaching the hand to the POS, ed) they are priceless “ he said, explaining that installing a subcutaneous chip causes it same ache nuisance of a pinch. A recent survey of 4,000 Europeans revealed that 51% of respondents would consider installing under the skin. 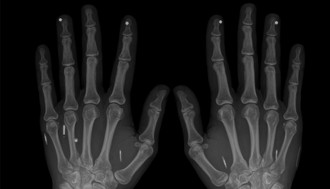 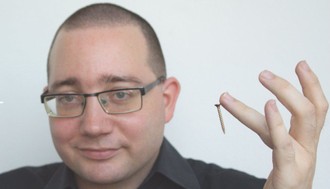 WITHOUT BATTERY IT CANNOT BE TRACKED

Most of those against it are because of the invasiveness and concerns related to security, payments of course but also for fears that someone could use the chip to damage privacy, for example, keeping an eye on the movements. Paumen however, needless to say, has no fear of subcutaneous chips:

The systems contain the same technologies that we use on a daily basis. […] RFID chips are already used for pets to identify them when they get lost. But it is not possible to locate them using an RFID: the missing animal must be physically tracked in order to scan its body for the chip. […] The system must be in the vicinity of the magnetic field generated by an RFID reader (or NFC, ed): the system can be read only when the magnetic coupling between the reader and the chip transponder occurs – explained Paumen.

The Anglo-Polish Walletmor, one of the first companies to make these systems available to the general public, has created subcutaneous chips for human use that they do not reach a gram of weight and are barely larger than a grain of rice. No batteries, just a tiny microchip and antenna wrapped in a natural plastic-like bio-polymer that interact with a player only at the right time.

However, despite the numerous distinctions, the front of the skeptics is numerous.

There’s a dark side to technology that potentially fosters abuse, says Nada Kakabadse, a professor of politics, governance and ethics at Reading University’s Henley Business School. Who owns the data, who has access to it? And is it ethical to chipping people like we do with pets?

The issue is (and will be) debated, but Paumen’s is not an unprecedented case: several years ago over 2,000 Swedes joined a project for the development of “biometric tickets”, consisting of microchips implanted under the skin of the passengers’ hand.