Mark Vande Hei is the record man for the NASA: departed in the direction of the ISS on April 9, 2021, will leave the space station next March 30, that is 355 days later. This is the longer stay in orbit for an astronaut from the American space agency. This is equivalent to 5,680 orbits around the Earth. The previous longest stay was for Scott Kelly, just 15 days shorter. Vande Hei’s is a story that – despite him – is intertwined with political issues: it will bring him back home. Soyuzwhich flies the Russian flag (landing will take place in Kazakhstan).

And for a few days even the worst was feared, namely that due to the war between Russia and Ukraine Roscosmos – the Moscow space agency – decided to refuse to take him on board. Fortunately, this was not the case, given the reassurances that come from the Russian agency itself: together with Vande Hei, the commander will also stay on our planet Anton Shkaplerov – arrived on the ISS in October 2021 together with actress Yulia Peresild and producer Klim Shipenko – and Pyotr Dubrov. The latter left with Vande Hei last April, and will always return to Earth with him.

THE LONGEST STAY ON THE ISS, NOT THAT AT ALL 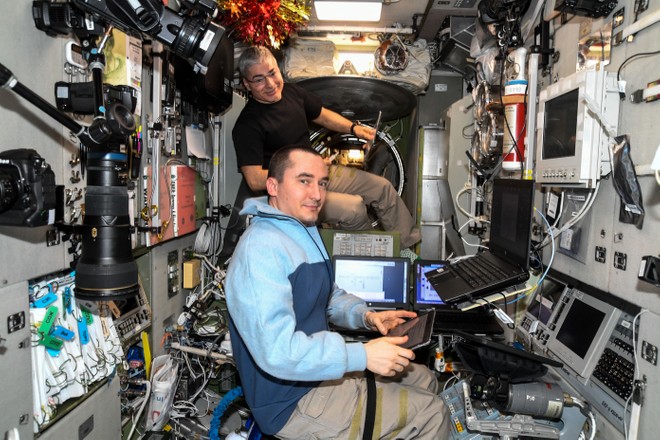 The longest continuous stay, it must be said, is valid only for the NASA astronaut: the Russian Pyotr Dobrov will equalize the 355 days, but for his country of origin the record of 437.7 days is still valid. Valeri Polyakovstayed on Mir (the USSR / Russia space station in orbit from 1986 to 2001) from January 8, 1994 to March 22, 1995. We can still extend the record to cosmonaut Dobrov if we limit the analysis to the ISS alone.

During his time on board, Vande Hei carried out six different scientific researches supported by NASA’s Human Research Program.