Several months have passed since the presentation of the first 200MP photo sensor for smartphones, theHP1 from Samsung, yet at the moment no product on the market uses it. From the Asian market are now interesting rumors about the company that could be the first to integrate it: the reference goes to Motorolawhose logo stands out on the smartphone partially portrayed in one photo which is circulating at the moment – it comes from the Asian market, but was later reposted on Twitter.

Obviously, the camera module that contains three lenses captures the attention, under the larger one you should find the sensor of the South Korean manufacturer. The wording along the edge of the camera group suggests this explicitly: 200MP – HP1 – OIS – f / 2.2. 200 MegaPixel, HP1 sensor (same trade name as Samsung’s sensor), camera with optical stabilizer and at least one of the lenses (presumably the main one) with an aperture of f / 2.2. 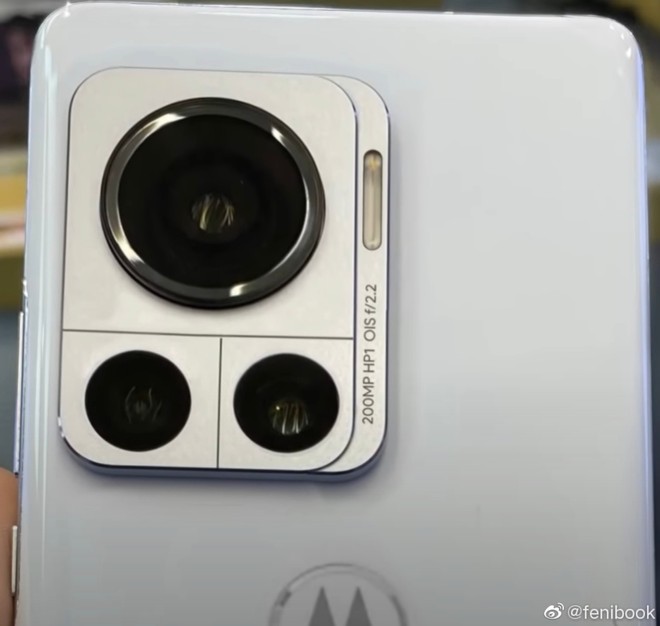 THE CLUES POINT AT THE FRONTIER

Other noteworthy details that can be obtained from the photo are the perceptible protrusion of the camera module – physiological given the large sensor it integrates – the LED flash integrated along the edge of the same module, with a glossy finish of the body that has rounded edges, and finally the ” M “from Motorola. The last detail allows us to make assumptions about the framed smartphone: the clues point to the repeatedly mentioned Frontier (code name), also considering that the real photo confirms elements already seen in the renderings released last February.

Frontier has been described on several occasions as Motorola’s next top range: the hardware identikit traced up to now includes Snapdragon 8 Gen 1 plus, 8 or 12GB of RAM, 6.67 “AMOLED display, 144Hz, 4,500 mAh battery with wired charging at 125watt.According to rumors, the plus variant of the Qualcomm SoC should arrive as early as May with the Motorola Frontier which could also debut within the same period.